US to end terror designation of Yemen's Houthi rebels 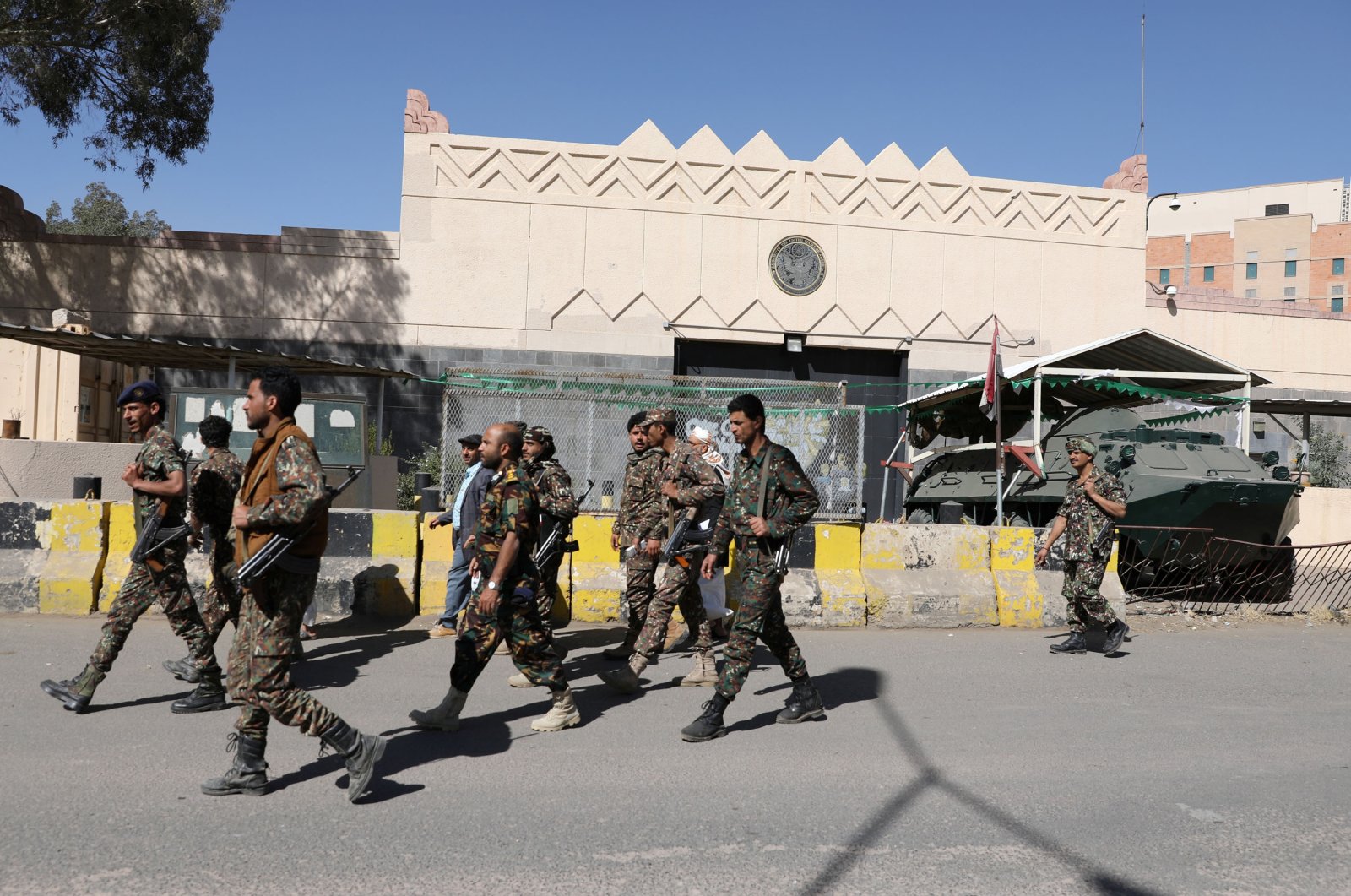 Houthi soldiers walk past the U.S. embassy's gate following a demonstration against the United States over its decision to designate the Houthis a foreign terrorist organization, in Sanaa, Yemen, Jan. 18, 2021. (Reuters Photo)
by French Press Agency - AFP Feb 06, 2021 8:51 am
RECOMMENDED

The U.S. administration has moved to revoke the terror designation of Yemen's Houthi rebels, removing a block that humanitarian groups said jeopardized crucial aid as the country's warring sides cautiously welcomed a push for peace by President Joe Biden.

The grinding six-year war in Yemen has killed tens of thousands and displaced millions, triggering what the United Nations calls the world's worst humanitarian disaster.

A State Department spokesperson said Friday they had "formally notified Congress" of Secretary of State Antony Blinken's intent to end the terrorist designations.

The move, which will take effect shortly, comes a day after Biden announced an end to U.S. support for the Saudi-led offensive in Yemen.

"This decision has nothing to do with our view of the Houthis and their reprehensible conduct, including attacks against civilians and the kidnapping of American citizens," the spokesperson said.

"Our action is due entirely to the humanitarian consequences of this last-minute designation from the prior administration," they said, adding the U.S. remained committed to helping Saudi Arabia defend its territory against attacks by the rebels.

Blinken's predecessor Mike Pompeo announced the designation days before leaving office last month, pointing to the Houthis' links to Iran, an arch-enemy of Trump, and a deadly attack on the airport in Yemen's second city of Aden in December.

Aid groups say they have no choice but to deal with the Houthis, who are the de facto government in much of Yemen, and that the terrorist designation would put them at risk of prosecution in the United States.

According to the U.N., more than 3 million people have been displaced and close to 80% of Yemen's population of 29 million people need some form of aid for survival.

Biden on Thursday announced the withdrawal of U.S. support for the Saudi-led offensive in his first major foreign policy speech since replacing Donald Trump.

Yemen's internationally recognized government, which is backed by a Saudi-led military coalition, welcomed his remarks and stressed the "importance of supporting diplomatic efforts to resolve the crisis."

It hailed the appointment of Timothy Lenderking as U.S. envoy, describing it as "another important step" taken by the U.S. to "end the war caused by the Iran-backed Houthis."

The Houthi rebels also welcomed the approach of the new U.S. administration.

Saudi Arabia – which has led a military intervention against the Houthis since 2015 – reacted by reasserting its commitment to a political solution in Yemen.

The kingdom welcomed Biden's "commitment to cooperate with the kingdom to defend its sovereignty and counter threats against it," according to the official Saudi Press Agency.

But for Yemenis, talk of a solution is very far from their reality.

"The war won't end; no one wants it to end. This is just propaganda," said Huda Ibrahim, a 38-year-old housewife from the port city of Hodeida said.

"I'm not optimistic and I don't believe anything about ending the war. How will it end when clashes don't stop even for one night."