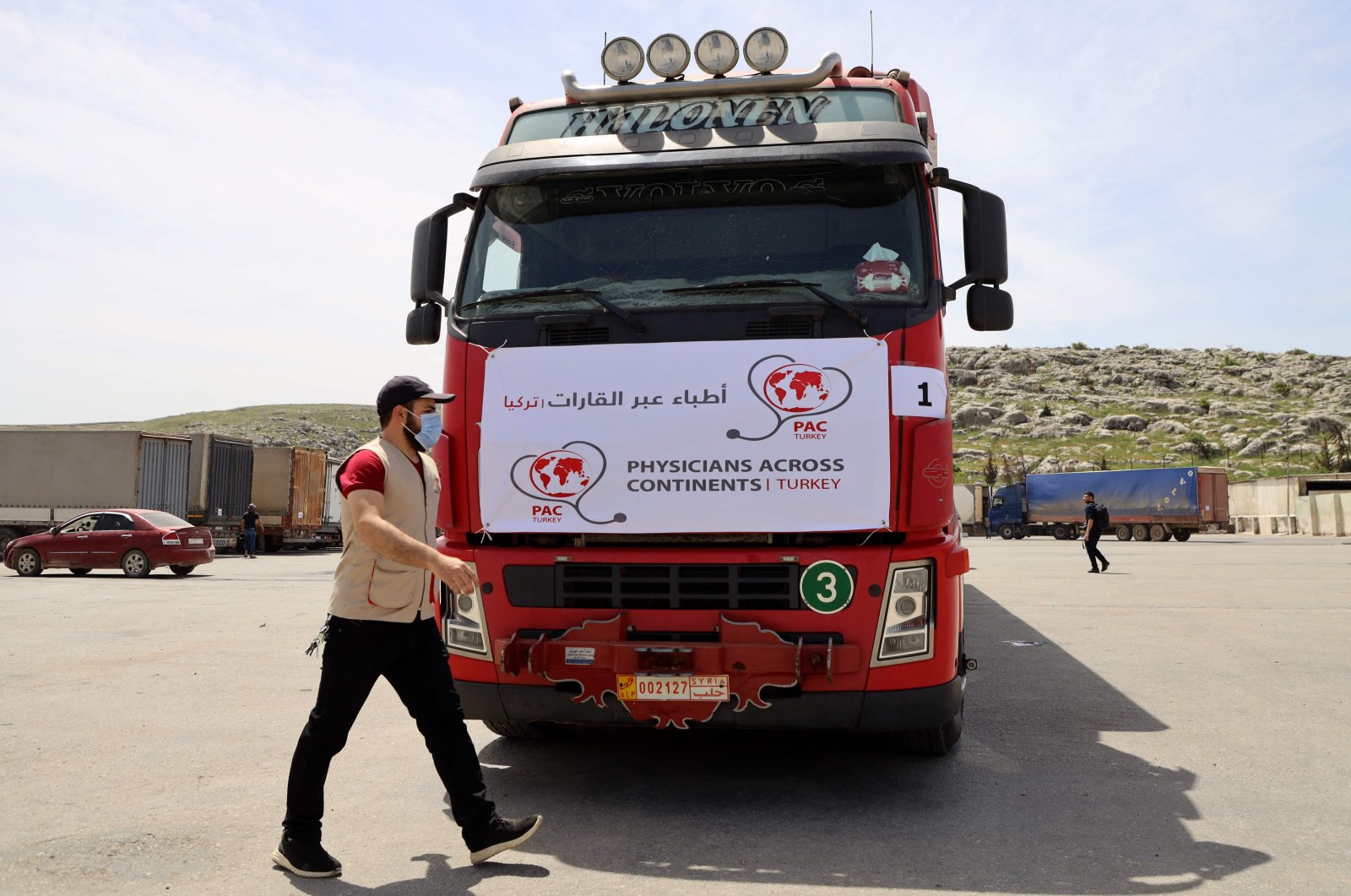 The first batch of COVID-19 vaccines arrived Wednesday in northwestern Syria's Idlib region through Turkey, as millions of displaced civilians live in dire humanitarian conditions of the war-torn region.

The 53,800 AstraZeneca doses were dispatched to the opposition-dominated region as part of the Covax program, which aims to ensure equitable access to COVID-19 vaccinations.

Around noon, a truck carrying the vaccines crossed the Bab al-Hawa border crossing between Turkey and Idlib, an Agence France-Presse (AFP) correspondent said. The vaccines were then unloaded and placed in a cold storage facility.

"Today, we received the first batch of COVID-19 vaccines," said Abdul Hamid al-Hussein of the Physicians Across Continents group which accompanied the shipment into Syria.

The delivery is the first to Syria as part of the Covax program, which has already sent vaccine doses to more than 100 countries and territories worldwide.

The vaccine doses are intended for the extended northwestern Syrian region.

Mahmoud Daher, a senior official with the World Health Organization (WHO) said the United Nations is ready to administer jabs to the most vulnerable people.

"Once the vaccines arrive, we are prepared to start vaccination to priority groups through our implementing partners," he told AFP before the vaccines crossed into Idlib.

Covax is jointly led by the public-private alliance Gavi, the WHO and the Coalition for Epidemic Preparedness Innovations (CEPI).

The first categories of people to be vaccinated in the coming days in the Idlib region will be medical personnel involved in the battle against the pandemic and first-aid responders.

The next group will be those above the age of 60, followed by people from younger age groups with chronic diseases, said Daher, who is based in the southeastern Turkish city of Gaziantep.

Other regions of Syria will also receive vaccine doses through Covax, under which 92 countries are eligible.

Imad Zahran, a media officer for the Idlib region's health department, told AFP that the vaccination campaign was expected to begin early next month and would last about three weeks.

According to the WHO, a separate 912,000 doses have been allocated to Syria for the first phase of vaccination in regime-controlled and the YPG-controlled areas.

The aim is to vaccinate 20% of the population by year's end.

Vaccination for health workers has started in regime-controlled areas but not with doses received as part of the Covax program.

Idlib’s population has swelled to 3.75 million people since the civil war started in the country. Before the conflict, it stood at around 1.5 million. Many of the displaced flocked to the area near the Turkish border after the Bashar Assad regime attacks began in late 2019.