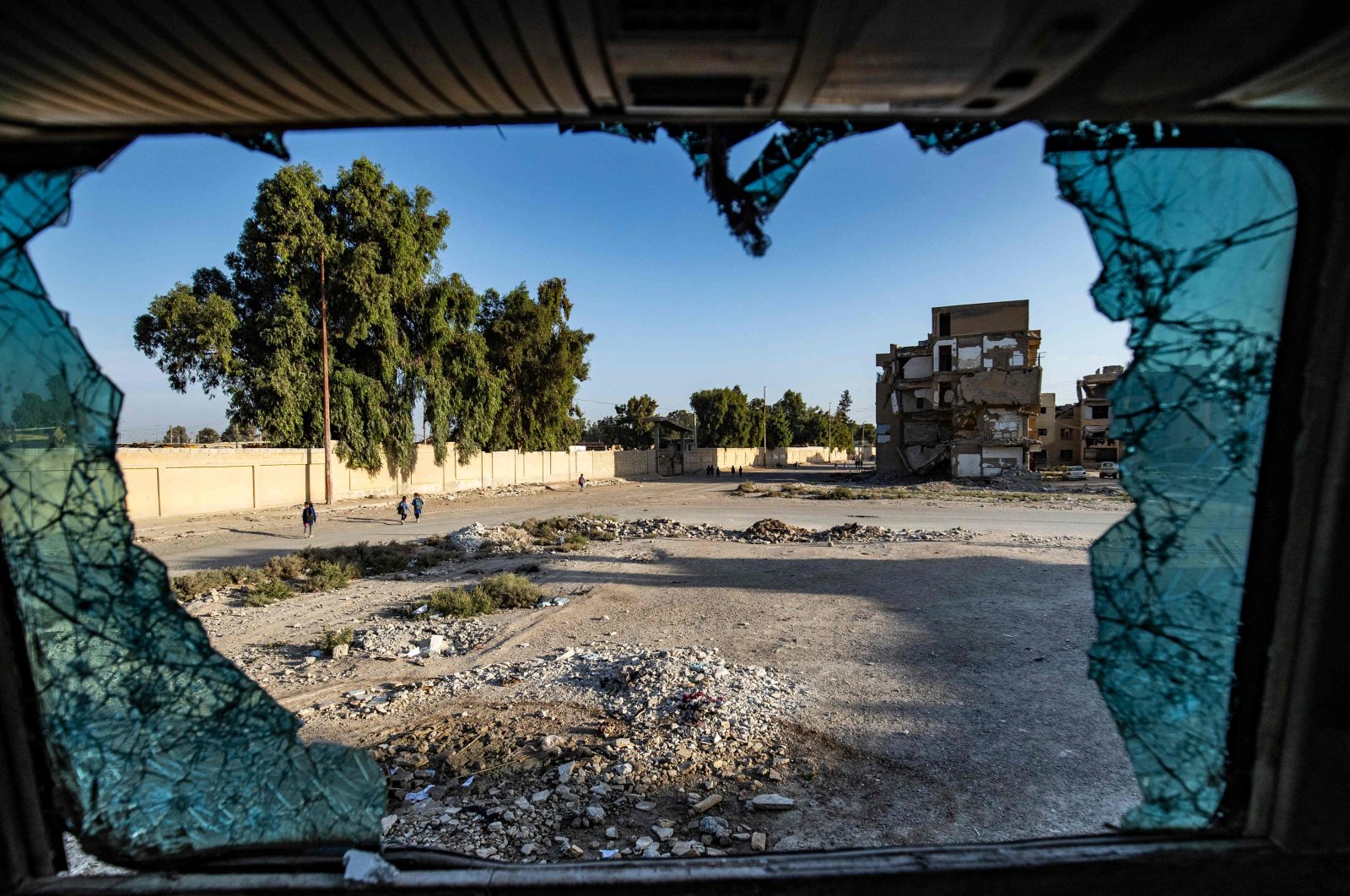 Western countries called on Russia and the Bashar Assad regime to allow chemical arms inspectors in Syria on Monday, saying the regime continued to breach its obligations to the world's toxic weapons watchdog.

Britain, the United States and other allies also pushed Russia for clarity on last year's poisoning of opposition leader Alexei Navalny, in which Western experts said the Soviet-designed nerve agent Novichok was used.

Syria faces fresh pressure at the Organisation for the Prohibition of Chemical Weapons (OPCW) after refusing a visa for a member of an inspection team that was meant to deploy to Damascus later this month.

"It is imperative that Syria issues visas ... without obstruction or delay," Britain's Ambassador Joanna Roper said at a meeting at The Hague of the OPCW's executive council of member states.

Roper also called on Syria to "explain" the fate of two chlorine cylinders identified as evidence in a chemical weapons attack on the town of Douma in 2018.

Damascus recently told the OPCW the two cylinders had been destroyed in an unspecified attack on one of its own chemical weapons facilities in June this year.

More than 40 people were killed in the Douma incident, prompting Western nations to unleash a barrage of missiles at three suspected chemical weapons facilities run by Bashar Assad's regime.

OPCW Director-General Fernando Arias said the watchdog "noted with concern" the delays in discussions with Damascus.

The regulator would not send the inspection team to Syria unless it got visas for all members, he said.

Arias added that Syria's declaration on its remaining chemical weapons "cannot be considered accurate and complete" due to what he called "gaps, inconsistencies and discrepancies that remain unresolved."

Damascus has continued to deny the use of chemical weapons and insists it has handed over its weapons stockpiles under a 2013 agreement, prompted by a suspected sarin gas attack that killed 1,400 in the Damascus suburb of Ghouta.

For years, the Bashar Assad regime has ignored the needs and safety of the Syrian people, only eyeing further gains of territory and crushing the opposition. With this aim, the regime has for years bombed vital facilities like schools, hospitals and residential areas, causing the displacement of almost half of the country’s population.

Meanwhile, London and Washington again called on Moscow for clarity following the poisoning of jailed Kremlin critic Navalny a year ago. Moscow has always denied involvement.

"The Russian Federation should explain the use of a chemical weapon against Mr. Navalny on its soil, declare its remaining chemical weapons ... including Novichok agents," U.S. ambassador Joseph Manso said in a statement.