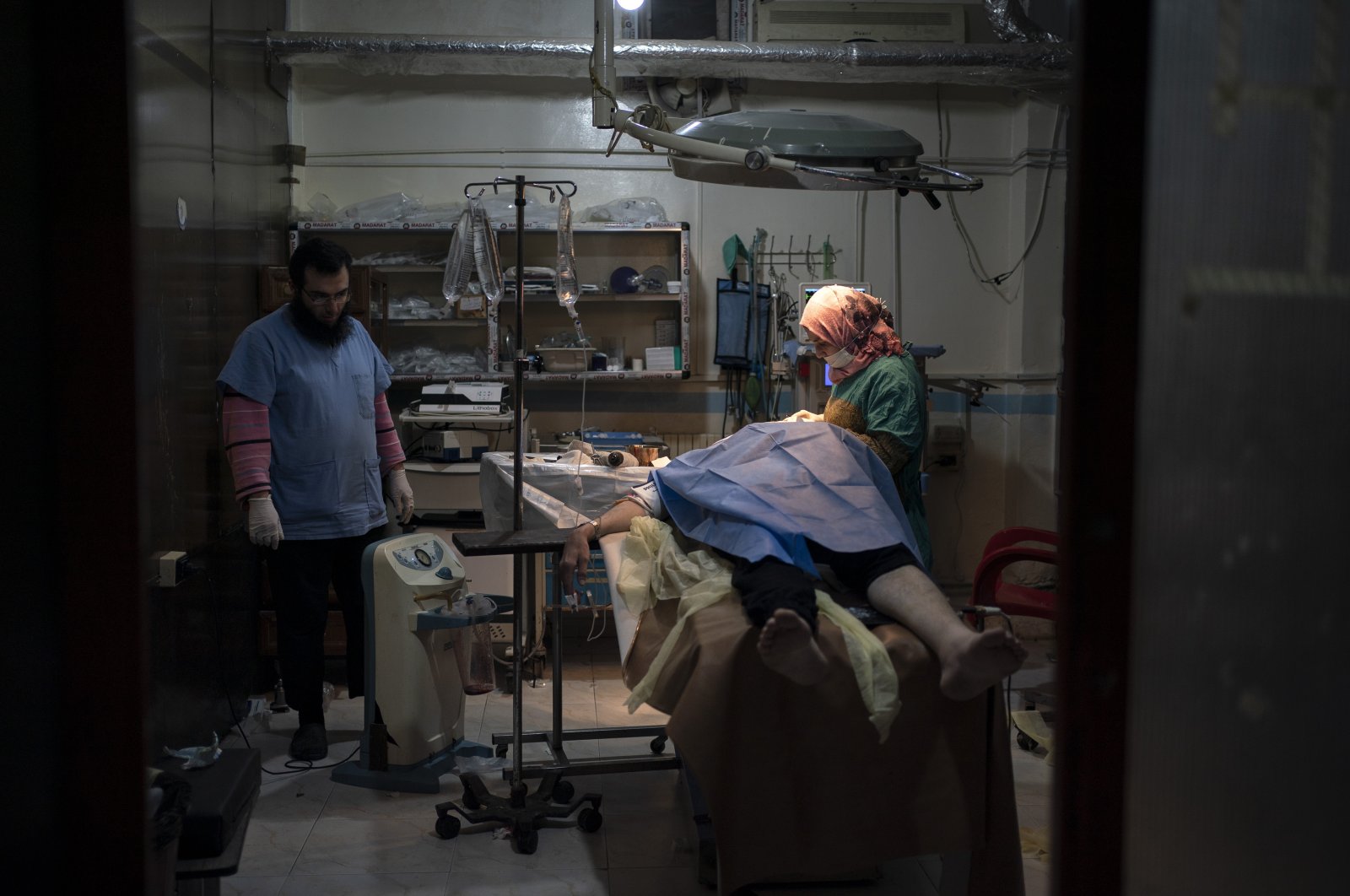 Syrian regime leader Bashar Assad has been spending the resources allocated for the country’s health system on militias, which as a consequence has been negatively affecting Syrians ability to deal with the COVID-19 pandemic an opposition official said Wednesday.

The President of the Syrian American Council Dr. Zaki Lababidi told the Demirören News Agency (DHA) that Syrian hospitals have failed to cope with the COVID-19 pandemic, claiming that patients are abandoned and unable to receive proper treatment due to the lack of medical equipment.

“The Assad regime has spent all of its resources on militias and the mafia. He spent all the funds necessary for a healthcare system broken in the past decade,” Dr. Labadibi said, adding that rather than providing care for the Syrian people, Assad has chosen to spend all of the resources on killing them.

“Unfortunately, many people lost their lives without even being able to go to the hospital,” the physician said, adding that hospitals in opposition-held Idlib do not have the capacity to take care of patients.

He continued by noting that the pandemic has negatively contributed to the ongoing humanitarian tragedy in Idlib in particular and Syria in general.

Syria, which marks 10 years of war next week, has recorded nearly 16,000 virus cases in regime-held parts of the country, including 1,063 deaths. But the numbers are believed to be much higher with limited numbers of PCR tests being conducted, particularly in areas of northern Syria outside regime control.

The overcrowded tent camps in the country’s northwest filled up once again after the Assad regime launched an offensive on Idlib, the last opposition stronghold, in December 2019. Nearly 1 million Syrians were displaced as a result of continuous Russian-backed airstrikes on civilian settlements, the largest one-time displacement in Syria’s almost 10-year war, the United Nations says.

As the fight against the coronavirus continues all around the world, vulnerable groups, particularly refugees, face greater risk due to the dire conditions at camps, making them potential hot spots for pandemics. Displaced Syrians top the list of these vulnerable groups.

The opposition leader suggested that the most viable way to establish peace in Syria would be for Iran to withdraw its illegal mercenaries and militias from the region, as he claimed the country has become an occupying force in Syria.

“Iran has become an occupying force that harms people and kills them,” he said.

He also suggested that Russian and American engagement was necessary to end the war in Syria.

“There is no way for peace in Syria without the engagement and serious efforts of these countries,” he said.

For the first time in decades, U.S. and Russian militaries are on the ground in the same country at the same time, in northwestern Syria’s Qamishli province.

Although both countries seemingly approve of the other’s presence, the frequent encounters of their troops have raised tensions in an already strained region.

After Turkey started Operation Peace Spring on Oct. 9, 2019, against the terrorist YPG/PKK, Russian forces took over some bases abandoned by the U.S. forces.