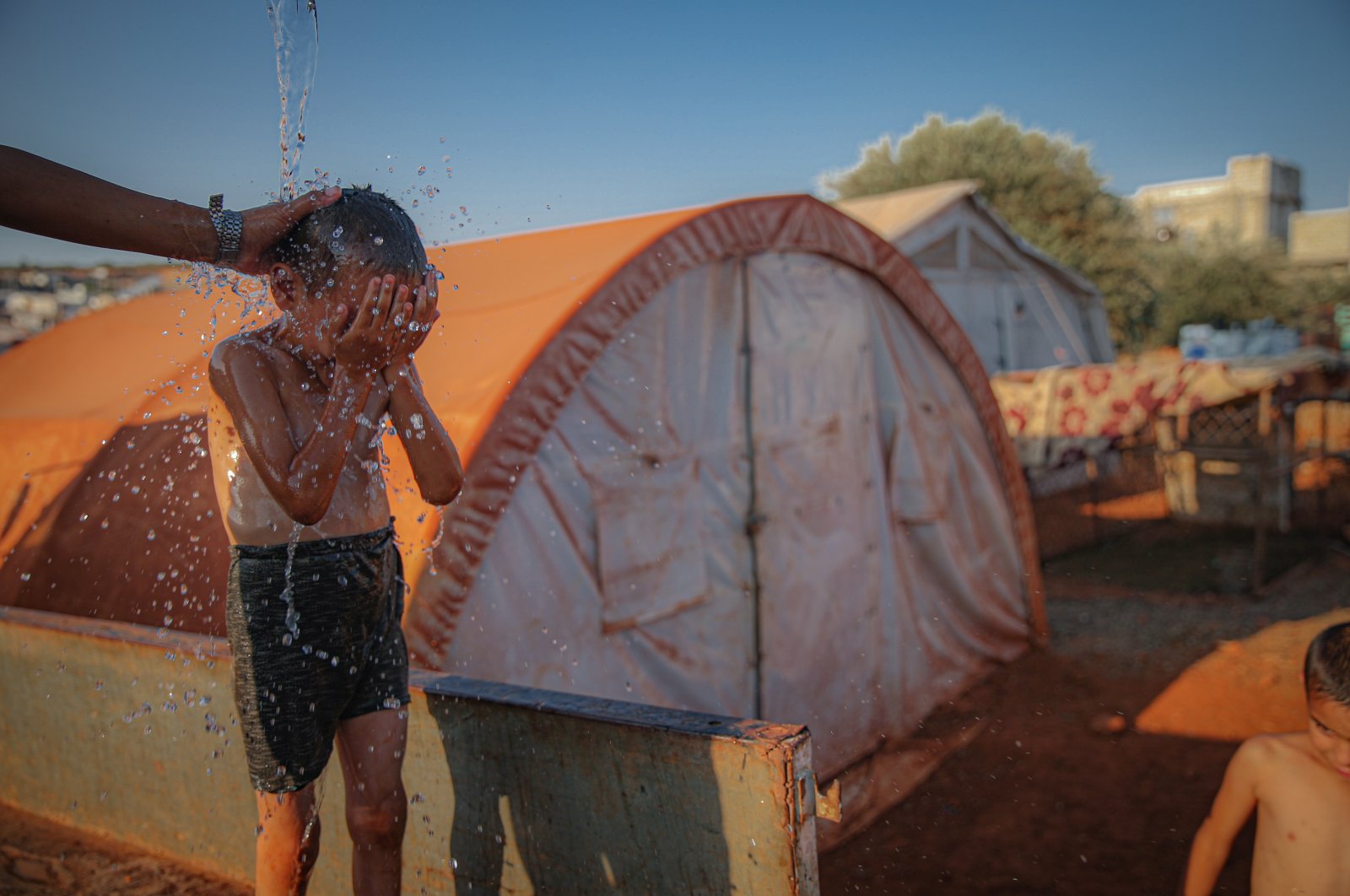 In Idlib province, where hundreds of thousands of civilians were displaced as a result of intense attacks by the Assad regime, the temperature exceeding 40 degrees Celsius (104 degrees Fahrenheit) brought life to a standstill. Women and children living in tents are suffering the most.

Rahhal said mostly children playing outside between 11:00 a.m. and 1:00 p.m. are exposed to sunstroke, and many are being treated at the hospital.

Yahya Uayyid, who was forcibly displaced by the Assad regime in the southern countryside of Aleppo and settled in a camp in Idlib, said: "Tent protects people neither from the heat of summer nor from the cold of winter. A day in a tent is like a year."

Father of three, Uayyid said they were constantly taking children affected by the scorching heat to the hospital, hoping they will return to their home as soon as possible.

Fatma Zein Ali, who migrated from the southern countryside of Aleppo, said she took her children to the hospital many times because of sunstroke.

Idlib falls within a de-escalation zone forged under an agreement between Turkey and Russia in March 2020. The Syrian regime, however, has consistently violated the terms of the cease-fire, launching frequent attacks inside the de-escalation zone.

Syria has been mired in a vicious civil war since early 2011 when the Bashar Assad regime cracked down on pro-democracy protests with unexpected ferocity.