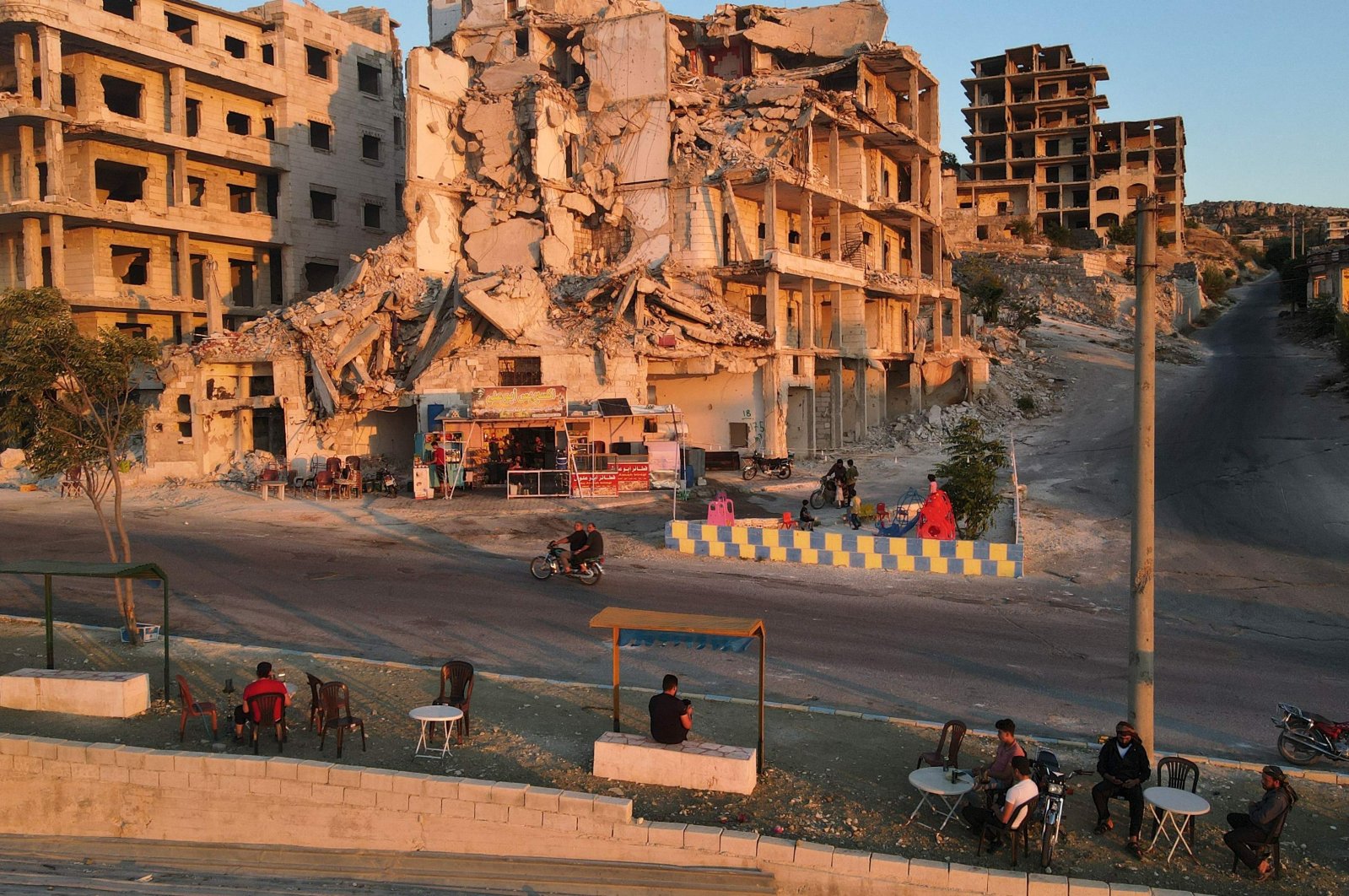 People sit in front of Abu Ali's cafe, set up on the ground floor of a building heavily damaged during the civil war, in the of Ariha in the opposition-held northwestern Idlib province, Syria, July 11, 2021. (Photo by Aaref Watad/AFP)
by DAILY SABAH WITH AA Jul 26, 2021 11:16 am
RECOMMENDED

The Bashar Assad regime and its backers have violated the ongoing cease-fire in northwestern Syria's Idlib region at least 800 times in the last 45 days, killing at least 66 civilians.

Mohammad Hallaj, the director of Syria's Response Coordination Group, told the Anadolu Agency (AA) that the regime and its main backers Russia and Iran-backed militant groups continue to target residential areas and civilians beyond the military zones.

"Of the 66 civilians who lost their lives in the attacks carried out by the regime forces and Russia in 1.5 months, 29 are children, 10 are women and five are humanitarian aid workers," he said.

"As a result of the intense attacks of the Assad regime and its supporters, at least 4,500 civilians were displaced. If the attacks continue, 250,000 more civilians may have to flee," he added.

The Syrian regime army shelled the Idlib region Thursday killing seven civilians, four of them children, in its third deadly bombardment of the opposition bastion in a week, a monitor said.

"Such attacks raise further concerns about compliance with international humanitarian law, which requires the parties to take all feasible precautions to avoid and minimize civilian harm," Haq said.

The army has stepped up its bombing of the northwestern enclave since last week when Assad took the oath of office for a new term vowing to make "liberating those parts of the homeland that still need to be" one of his top priorities.

Turkey this month welcomed the U.N. Security Council’s (UNSC) decision to extend the resolution on cross-border humanitarian aid to Syria.

Ankara in a press release said that “U.N. aid sent through our border gate is essential for the continuation of the effective response to the humanitarian crisis in Syria and for regional stability and security.”