‘Continuation of Syrian crisis could displace another 6 million’ 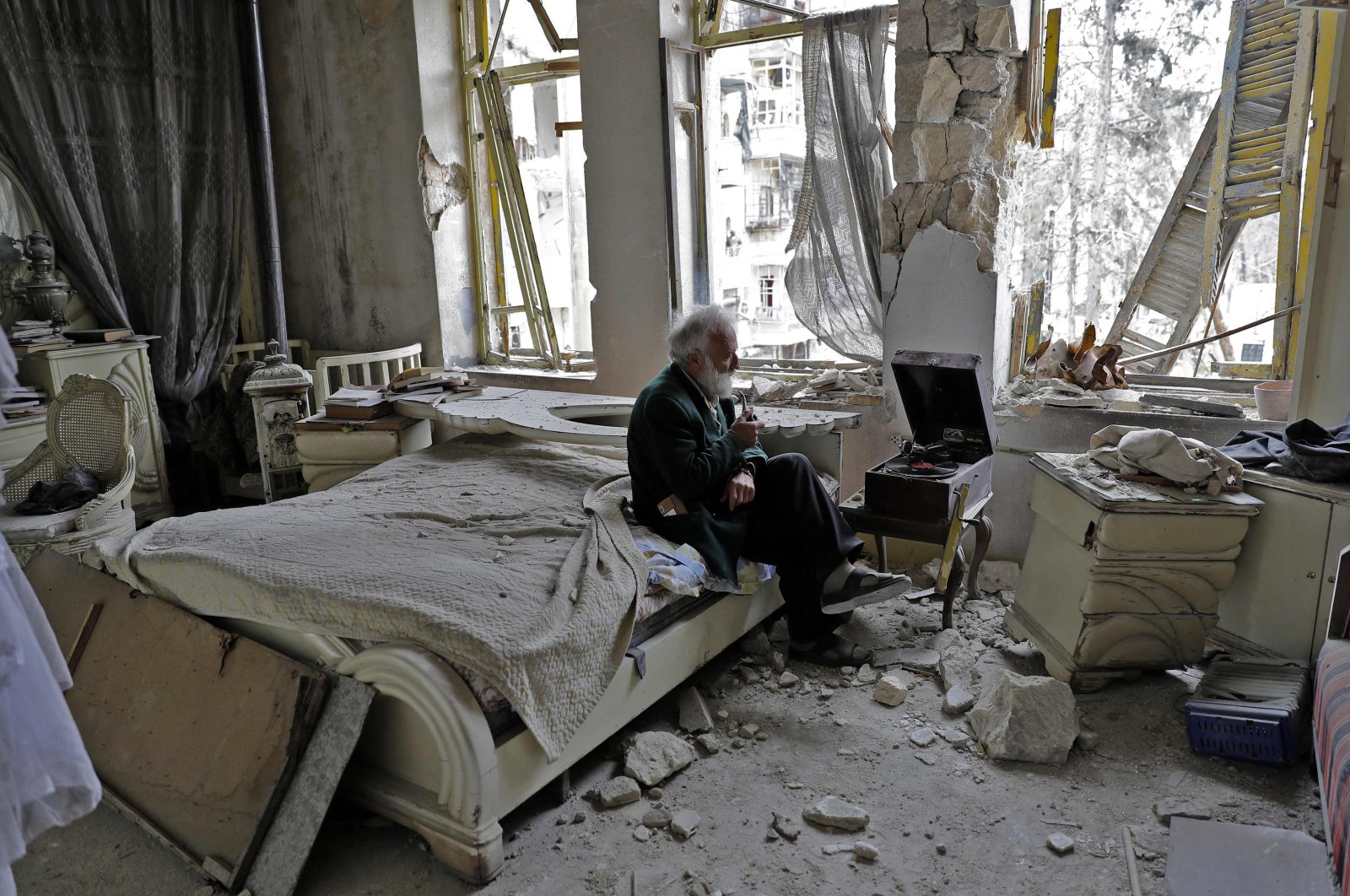 In this file photo, Mohammed Mohiedin Anis, 70, smokes his pipe as he sits in his destroyed bedroom listening to music on his gramophone in Aleppo's formerly opposition-held al-Shaar neighborhood, Syria, March 9, 2017. (AFP Photo)
by DAILY SABAH Mar 08, 2021 1:41 pm
RECOMMENDED

At least 6 million more displacements could occur in war-ravaged Syria if the crisis continues for another decade, an independent humanitarian group said Monday.

"The Syria crisis could see at least 6 million more displacements over yet another decade if the conflict, insecurity and economic deterioration continue unabated," Norwegian Refugee Council (NRC) said in a statement announcing a new report on the issue.

Displaced Syrians around the region have lost hope for returning home and "were more concerned about how they will put food on the table for their families, pay the rent or take care of medical expenses than envisioning a future back home."

"And yet, we know that more countries with influence are turning their back on Syria. They need to step out of their complacency and constructively step in to support the millions of Syrians who depend on vital aid and are clamoring for an end to the conflict."

Turkey hosts some 3.6 million Syrian refugees, more than any other country in the world.