Demand for humanitarian aid in Syria grew in 2020: UNGA President 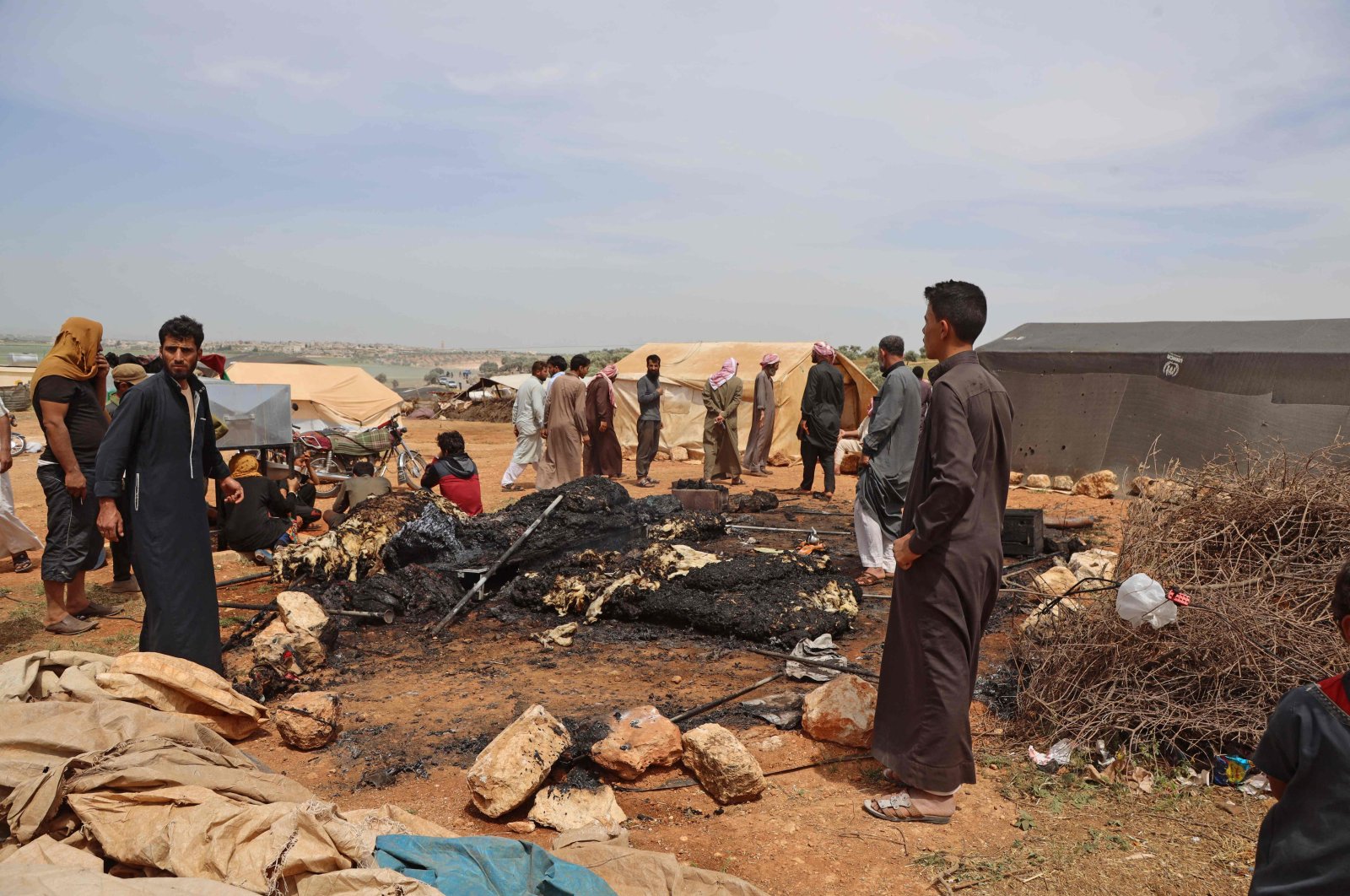 Syrian men inspect the damages after a fire following a reported explosion at a depot close to a camp for the internally displaced near al-Fua, in the country's northwestern Idlib province, on May 3, 2021. (AFP Photo)
by Anadolu Agency May 05, 2021 10:02 am

There has been a 20% surge in the demand for humanitarian assistance in Syria in 2020, the president of the 75th session of the U.N. General Assembly said Tuesday.

Speaking to reporters at U.N. headquarters in New York, Volkan Bozkır, a former Turkish ambassador and minister, said humanitarian cross-border operations are at a critical juncture, particularly as the U.N. rolls out its COVID-19 vaccination program.

The diplomat reiterated his previous call for the U.N. Security Council to ensure that the vital cross-border operations continue uninterrupted and to expand humanitarian operations to meet the humanitarian needs.

Truckloads of humanitarian aid commonly cross into Syria's northwestern Idlib province through Turkish gates in the southern part of the country.

Hundreds of thousands of people have been killed and more than 10 million displaced.