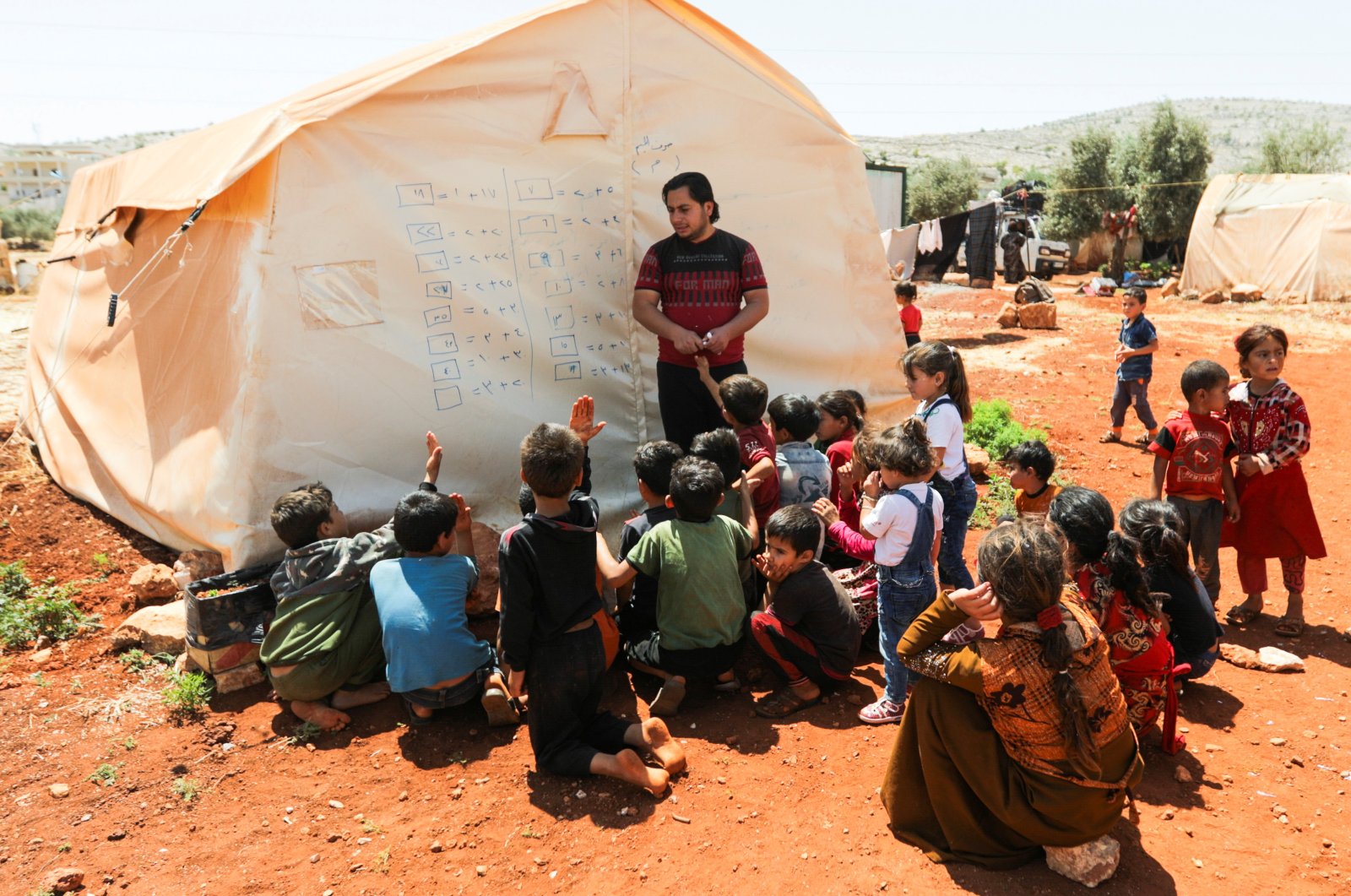 The United Nations agencies on Friday warned that northwestern Syria faces the "worst situation" since the war started, with low food security and people facing illness and death due to no access to medicine, as the U.N.-led cross-border aid operation to the region is about to expire next month.

"Overall, the levels of food insecurity in Syria are the worst since the start of the conflict," said World Food Programme Geneva spokesperson Tomson Phiri at a U.N. briefing.

Today, an estimated 12.4 million Syrians are food insecure, amounting to nearly 60% of the population who do not know what they will eat tomorrow, he said, adding that this is an increase of 4.5 million people in only one year.

"The renewal of a U.N. resolution allowing the continued cross-border operation into northwest Syria through Turkey is critical. Millions of lives are at stake," he added.

"The assistance that we've been delivering is not always provided in a timely manner," he added.

Speaking at the briefing, World Health Organization (WHO) spokesperson Christian Lindmeier said: "Despite the massive U.N. responses in Syria and across the region, more humanitarian access is required to reach those most in need. This includes both cross-line and cross-border access."

He said people are worse off today than 11 months ago when the U.N. Security Council last reviewed the issue.

"Millions of people are pressed up against the border in an active war zone in northwest Syria," said Lindmeier, noting that 80% of the population remains in need of humanitarian aid for their survival.

"Cessation of these supplies can only lead to increases in illnesses and deaths, as they will deprive children of life-saving vaccines, kidney patients of dialysis treatment, tuberculosis patients of essential medicines and pregnant women of emergency obstetric care services, amongst others," the WHO spokesperson said.

He said the COVID-19 response is heavily reliant on the U.N., including for vaccination rollout.

Lindmeier said that the U.N.-supported COVAX mechanism for equitable distribution of vaccines to counter the pandemic is the only option for access to vaccines in the area.

"Yet less than 0.5% of the population has received one dose," Lindmeier said.

The U.N. dispatched some 1,000 trucks of aid to northwestern Syria each month in 2020, crossing the border from Turkey to Idlib and reaching 2.4 million people each month throughout the year, said the WHO spokesperson.

In April 2021, the crossing was used to deliver the first vaccine tranche of COVID-19 vaccinations into northwest Syria.

"If cross-border authorization is not renewed, it would not be possible to roll out reliable and predictable COVID-19 vaccination to the population," said Lindmeier.

It would also hobble other campaigns to vaccinate children and other essential health activities, including life-saving care for chronic non-communicable diseases, he added.

Russia will likely veto the renewal of a United Nations-led cross-border aid delivery program to northwestern Syria's last opposition stronghold, Idlib province. The country's foreign minister said that Moscow disagrees that there is no alternative to deliver humanitarian aid to the region except through Turkey as the U.N. and many Western nations maintain, suggesting deliveries are possible across conflict lines within the country. He hinted that Russia will block the U.N. renewal of the one remaining border crossing whose mandate expires July 10.

Turkey, on the other hand, urged Wednesday to keep Cilvegözü Gate (Bab al-Hawa) – the only border crossing used for aid deliveries – open for another 12 months, as Russia said it intends to close it.