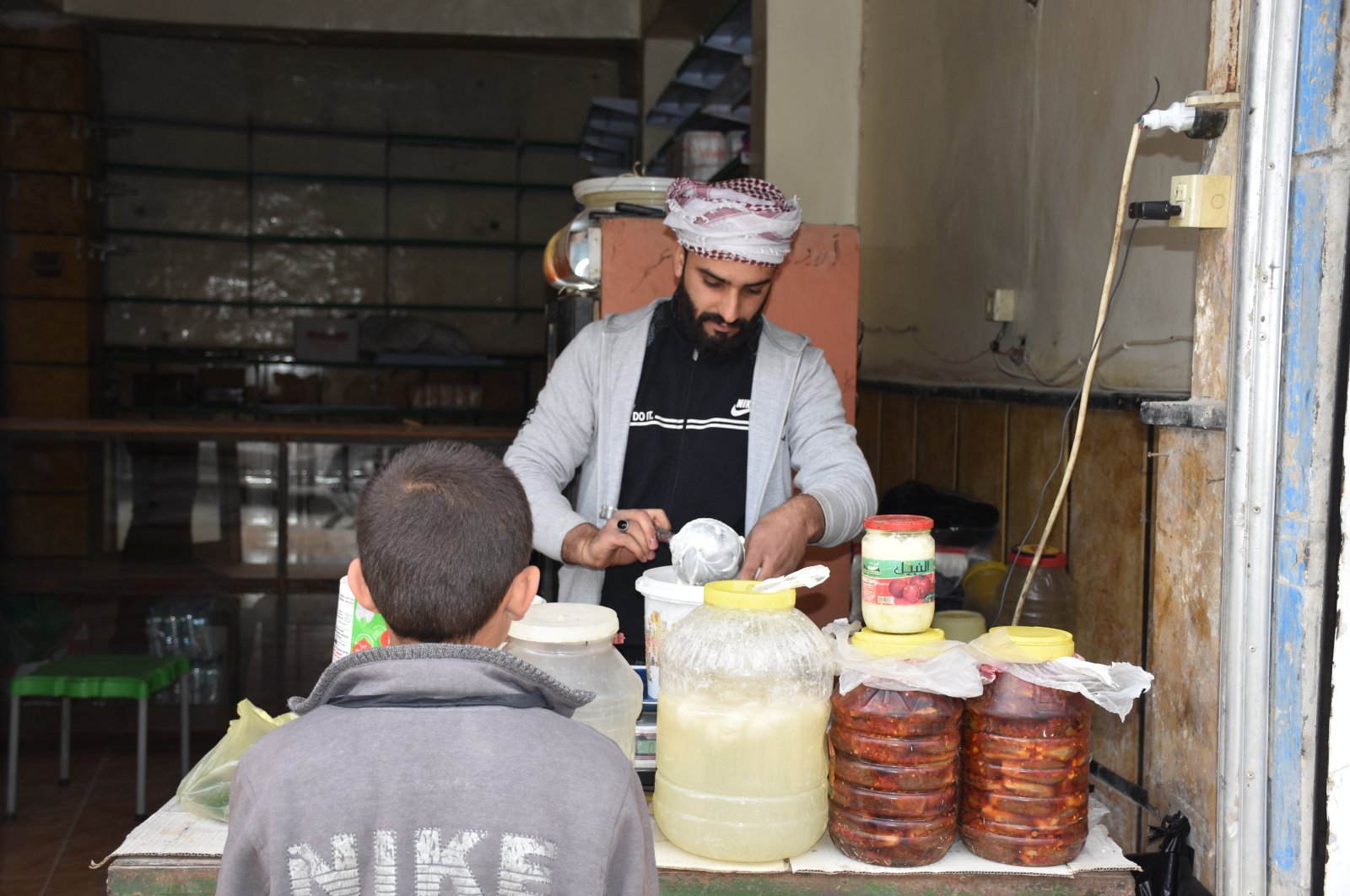 Locals in northern Syria's Tal Abyad and Ras al-Ain, which were cleared of terrorist groups' occupation in Turkey's Operation Peace Spring two years ago, welcome the holy month of Ramadan in a peaceful and stable environment after years of chaos.

As many displaced civilians have returned to their hometowns in recent years after the operation cleared the region of PKK terrorist group's Syrian branch YPG, they enjoy the opportunity to welcome Ramadan with their families and relatives.

Speaking to the Anadolu Agency (AA), Mejid Bathavi from Tal Abyad said they were waiting for Ramadan with bated breath.

Saying he returned to Tal Abyad after the liberation of the region from terrorist occupation, Bathavi added: "This (is) our second Ramadan in the Operation Peace Spring area. All our relatives and friends have returned to their homes, lands and businesses. We live together (with) the happiness of this meeting."

Mohammad Ammuri, a cafe shop owner in Tal Abyad, who was doing restoration work on his shop, also said the number of returning families rapidly increased after the operation.

Underlining that the area has become liveable and secure, Ammuri said his shop will be open between iftar and sahur during Ramadan and there will be special Ramadan programs.

Fahid Maruk, a shop owner producing desserts, said there was a crowd last Ramadan and therefore made early preparations for this Ramadan.

A cheese shop owner, Osman Ali, said this will be his first Ramadan after he and his family returned to Tal Abyad, expressing his happiness about it.

While there is a lot of activity for sahur and iftar in district centers, business owners are doing maintenance and repair work due to Ramadan. The Syrian National Army (SNA) forces also increased security measures at the entrance and exit of the districts against possible terrorist attacks against civilians by the terrorist organization YPG.

The operation, conducted in line with the country's right to self-defense borne out of international law and U.N. Security Council resolutions, aimed to establish a terror-free safe zone for Syrians to return to the area east of the Euphrates River, which was then controlled by the United States-backed YPG terrorists.

Since the launch of the operation, Turkey has been supporting every aspect of life in the region, from health to education and security and agriculture. In this respect, efforts to clear bombs and improvised explosive devices were launched and administration duties were given to local councils.