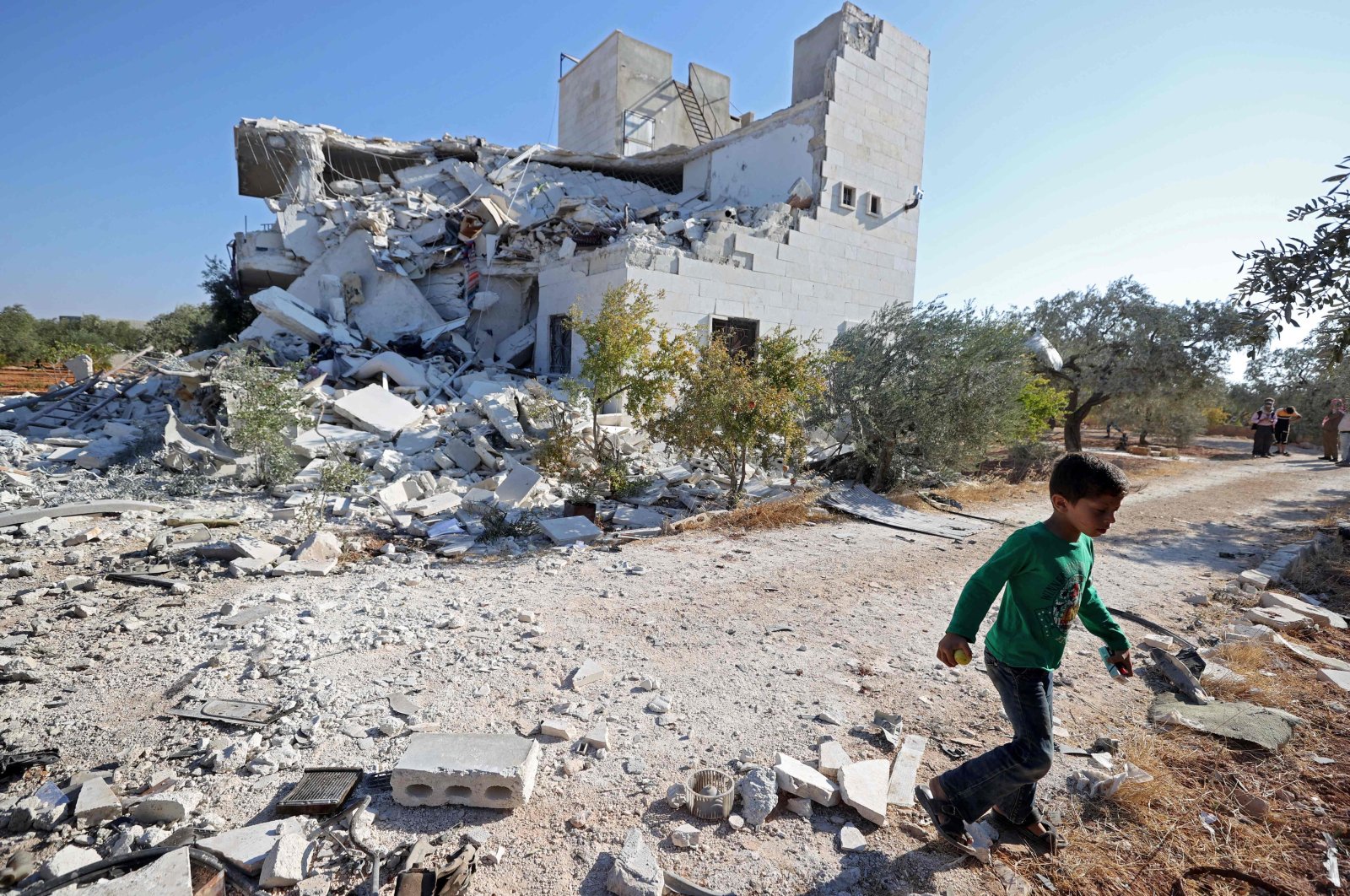 It was the first such deadly bombing on the city in the country's northwest in around 10 months, the Syrian Observatory for Human Rights (SOHR) said.

Shelling by pro-Damascus fighters killed one woman in a residential neighborhood, while a top university official and his son as well as another man also lost their lives when artillery fire hit near a swimming pool on the edge of the provincial capital, said the monitor, which depends on sources inside Syria for its information.

An Agence France-Presse (AFP) correspondent in Idlib city saw rescue workers and civilians carry the body of a young woman down from her family home and into an ambulance, as alarmed onlookers fled the scene fearing more shelling.

On Wednesday, another regime shelling on a medical center in northwestern Syria killed a woman, in the latest in a long list of regime attacks on health facilities, a monitor said.

The pre-dawn shelling in Marayan hit a building housing one of the few health centers in this part of Idlib province, the SOHR reported.

An AFP photographer saw men salvaging medical equipment from the damaged two-story building on the ground floor, where the health center was located.

The wife of the center's director, who lived on the destroyed first floor of the same building, was killed by the shelling, the Observatory said.

The Idlib region is home to nearly 3 million people, two-thirds of them displaced from other parts of the country during the decadelong civil war.

The opposition stronghold is made up of less than half of Idlib province including the provincial capital, as well as slivers of adjacent provinces.

A cease-fire deal brokered by regime ally Russia and main opposition backer Turkey has largely protected the region from a new regime military campaign since March 2020.

But regime forces have over recent months increased their shelling on the southern edges of the bastion.

Bashar Assad in July took the oath of office for a new term, vowing to make "liberating those parts of the homeland that still need to be" one of his top priorities.

In recent days, regime and allied forces have ratcheted up their attacks on parts of the Idlib region still controlled by opposition groups.

Earlier on Tuesday, three children and a woman were injured in another regime airstrike on a refugee camp in Syria's northwestern province of Idlib, according to a source with the Syrian Civil Defense (White Helmets).

The source, who preferred anonymity due to fear of reprisal, told Anadolu Agency (AA) that the attack targeted the Mariam refugee camp in the town of Maarrat Misrin, north of Idlib.

The source said the injured were hospitalized while the severity of their injuries has not yet been determined.

For its part, the Syrian opposition's observatory said a Russian warplane took off on Tuesday from Hmeimim Air Base in Latakia province and struck the camp.