Russia calls on Syrian opposition to contribute to peace in Idlib 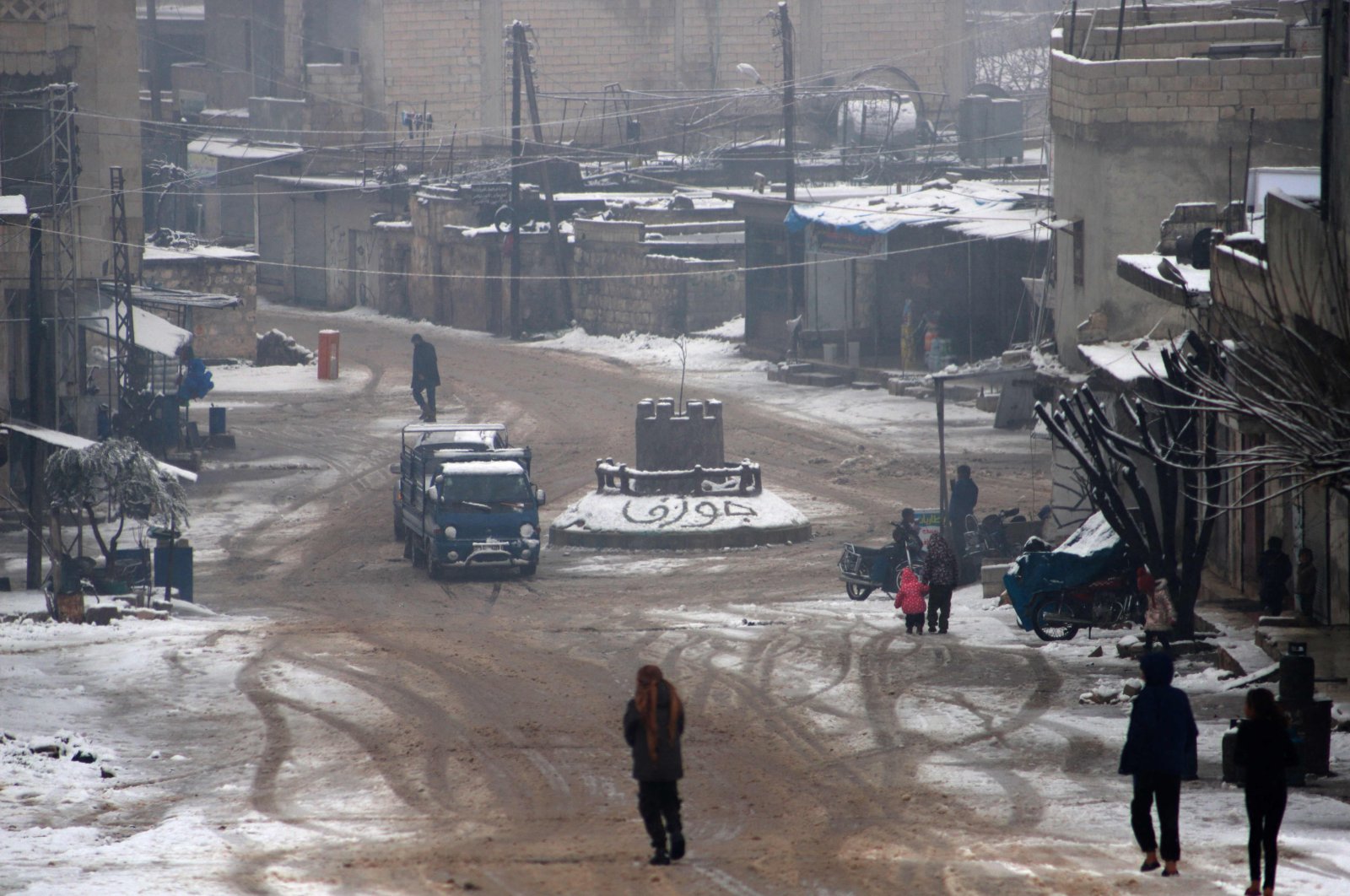 Snow covers a roundabout, with the town's name in Arabic drawn in the snow, as people walk in the town of Juzif on Zawiya Mountain of Syria's opposition-held Idlib province, Feb. 17, 2021. (AFP Photo)
by DAILY SABAH WITH AA Feb 18, 2021 11:44 am
RECOMMENDED

As the moderate group of the opposition has "quite a large force," it has the possibility to expand its presence in Idlib, displacing radicals, Lavrentyev said at a news conference in Sochi.

"It has the ability to ensure its stable presence in the Idlib de-escalation zone and to ensure, if not the destruction, then at least the squeezing out of the representatives of the radical groups that have formed there, outside the security zone. This would greatly help stabilize the situation," he said.

The opposition, in general, showed interest in the search for compromises at the meeting in Sochi, Lavrentyev added.

Meanwhile, progress is being made in the work of the Syrian Constitutional Committee in Geneva, he noted.

"The parties have begun to talk to each other, though indirectly, really interesting ideas and proposals are put forward during consultations, which will be summarized in the future for making some decisions," he said.

Moscow expects that Geir Pedersen, the U.N. secretary-general's special envoy for Syria, will be able to persuade the parties to be more flexible in the negotiations, the diplomat said.

Turning to the U.S. presence in Syria, he called it "illegal," saying Washington "plunders Syria's natural resources" by means of business companies.

Lavrentyev expressed hope that U.S. President Joe Biden's administration will revise the country's policy in Syria and will give up the line on maximum pressure.

Almost a million people have fled the Assad regime’s offensive on Idlib – the last opposition bastion – since December 2019 with many seeking refuge in overcrowded tent camps near the Turkish border. A fragile truce was brokered between Moscow and Ankara in March 2020 in response to the months of fighting by the Russia-backed regime, yet the regime still frequently carries out attacks on civilians, hindering most from returning to their homes, forcing them to stay in makeshift camps.

Since 2016, Turkey has launched four successful operations across its border in northern Syria to prevent the formation of a terrorist corridor and enable peaceful settlement by locals: Euphrates Shield in 2016, Olive Branch in 2018, Peace Spring in 2019 and Spring Shield in 2020.

While Turkey still hosts more Syrian refugees than any other country, according to figures, the counterterrorism operations have allowed hundreds of thousands of Syrians in Turkey to resettle in their homeland.

Turkey has often voiced that in order to establish long-lasting stability and normalization in Syria, the return of displaced Syrians to their hometowns is just as important as the fight against terrorism.