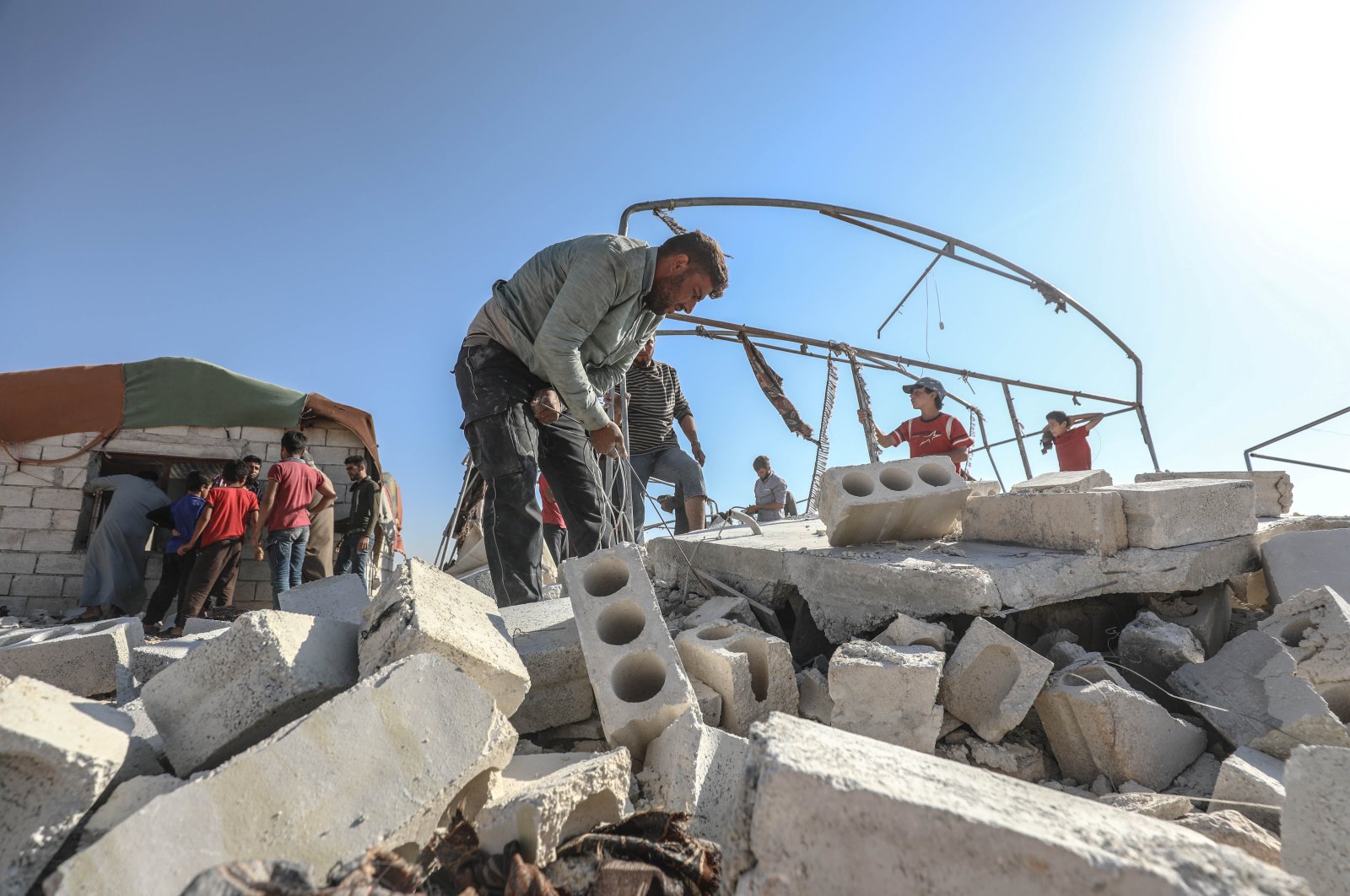 As the world stands idly by while the Syrian regime continues its atrocities and violence, locals in opposition-controlled areas face increasing artillery shelling amid already dire humanitarian conditions

An attack by the Bashar Assad regime and its backers resulted in the death of six civilians and injured 13 others, as the United Nations condemned the increasing regime violence targeting civilians in Syria’s northwestern Idlib province.

According to Anadolu Agency (AA), one of the civilians who lost their lives in the attack was a woman. The injured were immediately taken to the hospital, and three remain in critical condition.

“I strongly condemn today’s attack close to a camp of displaced people, which destroyed a compound used as a school,” he added.

Just one day earlier, the regime killed a child in an attack on the last opposition bastion.

Idlib was a protest hub in 2011 and it officially came under full opposition control some four years later.

A Russian-backed offensive in 2019 saw the Syrian regime retake more than half the province.

Most locals in the area are still in need of aid in order to survive while fearing that the Assad regime and its backer Russia may close the last remaining border crossing used to deliver humanitarian aid from Turkey to Syria.

A record 12.4 million Syrians – nearly 60% of the population – are food insecure, according to the U.N. World Food Programme (WFP).

Veto-wielding Russia, Damascus’ close ally, has been pressing for the border crossing's closure. Moscow insists the Syrian regime should control all assistance going into the country – even to areas outside its control.

The last border crossing, Bab al-Hawa, has become a lifeline and the main point from which international aid is brought into the northwest, home to over 4 million people, most of them displaced.

As the international community’s response to the regime and its backers remains insufficient, the regime continues to attack its own people. Assad last month won a fourth term in office with 95.1% of votes, Western countries, however, settled for just condemning the elections.

Assad has succeeded in every election since he assumed power in 2000 as heir to his father, Hafez Assad, by rates exceeding 88%, according to official election results. The previous presidential election was held in 2014 and saw two candidates run against Assad after a constitutional amendment allowing for a multicandidate ballot.

Since the previous election, regime forces have clawed back swathes of territory from the opposition and terrorist elements with military help from regime allies Russia and Iran. But large parts of Syria still escape regime control and polling did not take place in those areas. They include Idlib.