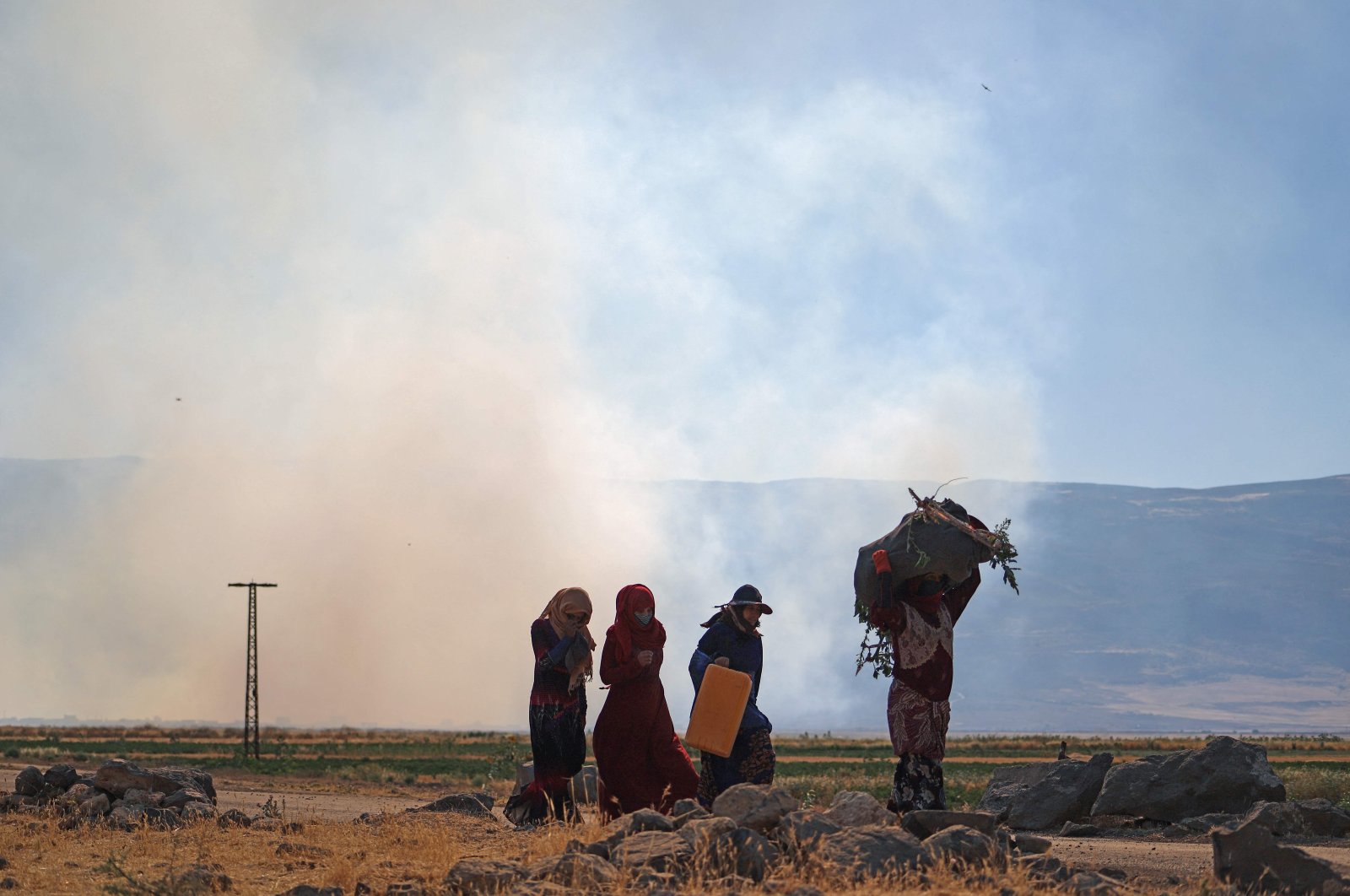 Displaced people in opposition-controlled northwest Syria on Tuesday rallied against efforts by the Bashar Assad regime and its allies to close the remaining single border crossing from Turkey used to deliver vital humanitarian aid.

Veto-wielding Russia, Damascus’ close ally, has been pressing for the border crossing's closure. Moscow insists the Syrian regime should control all assistance going into the country – even to areas outside its control.

The last border crossing, Bab al-Hawa, has become a lifeline and the main point from which international aid is brought into the northwest, home to over 4 million people, most of them displaced.

Protesters at the camp for displaced persons in Alteh, north of Idlib city, held up signs calling the Bab al-Hawa a “lifeline,” while another read, “The crossing is my path to health.”

Most recently, a fragile truce was brokered between Moscow and Ankara in March 2020 in response to months of fighting by the Russia-backed regime. Almost a million people have fled the Bashar Assad regime’s offensive yet the regime still frequently carries out attacks on civilians, hindering most from returning to their homes and forcing them to stay in makeshift camps.

“These borders are giving us everything from medical supplies to food and medicines and everything we need,” said Abdelsalam al-Youssif, who heads the camp. “If this decision goes ahead, then the world will be responsible for killing and displacing us.”

The United States is seeking the reauthorization of U.N. access to Bab al-Hawa and the reopening of other border crossings before the mandate for humanitarian aid deliveries expires. There is strong support in the 15-member council for maintaining and even adding border crossings.

The U.N. and international aid groups have called on Russia to not veto the extension.

“Bab al-Hawa is the last lifeline preventing a humanitarian catastrophe for millions of people in Syria,” Stephane Dujarric, the spokesperson for the U.N. secretary-general, said Monday. “Despite ongoing efforts to deliver a small number of trucks cross-line from Damascus, there remains no alternative to delivering aid at this scale and with this scope."

Dujarric said some of Syria’s most vulnerable are in the northwest, where 3.4 million are in need, including the displaced who live in over 1,000 camps and informal settlements along the Turkish-Syrian border.

Around 1,000 trucks cross the border each month with crucial aid. This is why the secretary-general has said a large-scale cross-border response for an additional 12 months remains essential to save lives, Dujarric said.

Mohammed al-Jarrak, a protestor at the Alteh camp, warned of a famine. “If we are cut off, there will be a famine. A massive famine that will benefit the (Syrian) regime,” he said.