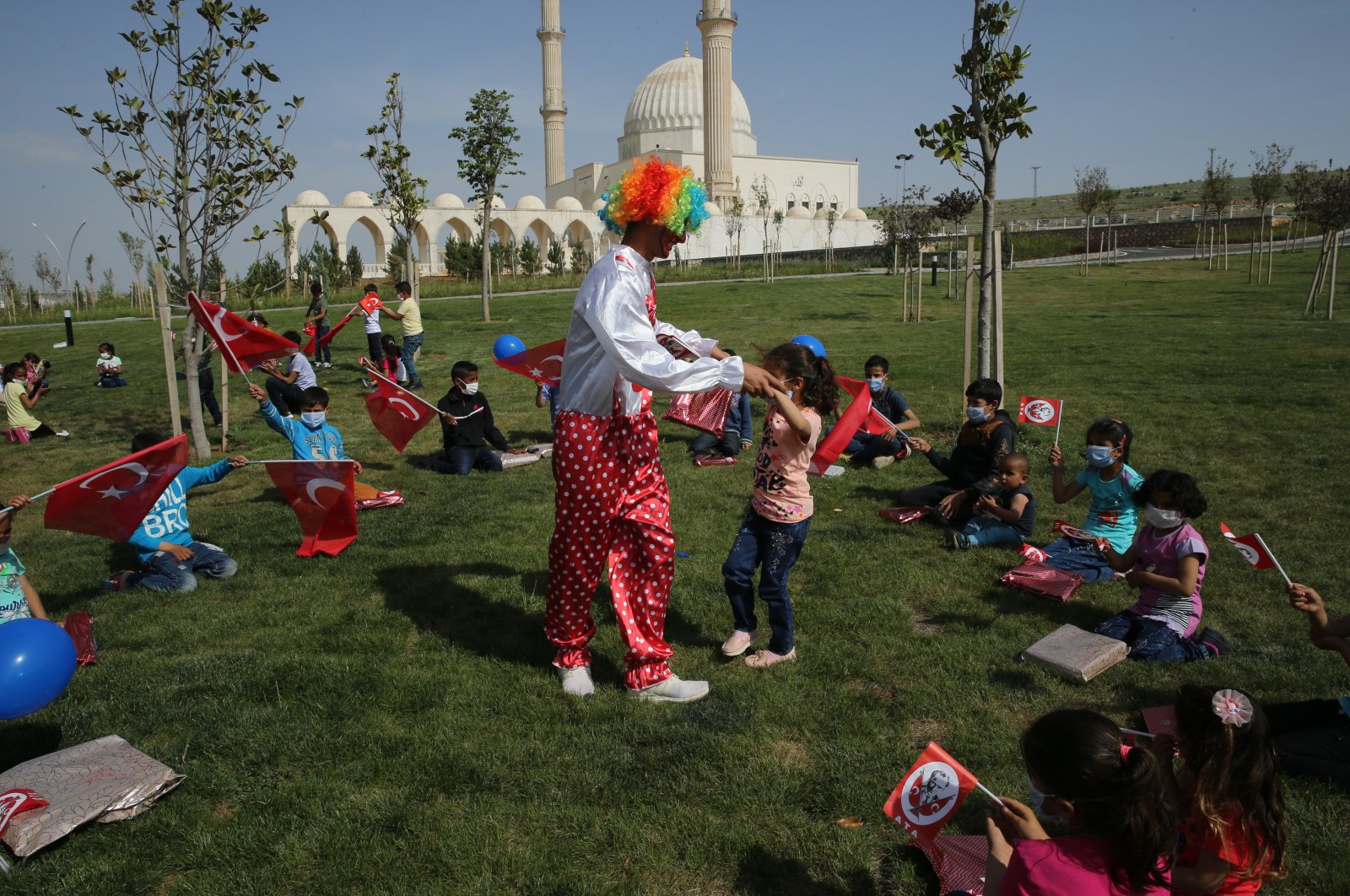 Syrian children from the Operation Peace Spring area had a lot of fun Wednesday on a daylong trip to Turkey’s southeastern Mardin province. The trip was coordinated by the Turkish military and the provincial Directorate of National Education.

The event was organized by the 49th Commando Brigade for children, who were victimized by the war in their country. As part of the event, 82 children and six teachers from five villages were brought aboard armored vehicles to the security point at the Martyr Çoban Border Police Station in the Kızıltepe district. The schools were from the area where Turkey conducted a military operation to establish a safe zone for Syrians.

Temperatures of all the children were taken and masks were distributed in line with the coronavirus measures. The children also received clothes and shoes as gifts from a shop in the district center.

The children enjoyed a meal at the Evliya Çelebi Vocational and Technical Anatolian High School and were entertained by clowns and other activities planned by teachers on the Mardin Artuklu University campus.

At the event, which was also attended by the Provincial Director of National Education Memet Polat, toys and other educational materials were distributed among the children.

The children were taken on a virtual tour to space at the Aziz Sancar Science and Art Center planetarium.

Riyad Hasan Ismail, one of the Syrian children, said they came to Turkey under the protection of Turkish soldiers and had a good time.

"They gave us gifts. Thank you very much. May Allah protect the Turkish soldiers and help them succeed," Ismail said.

Hinde Isa, one of the teachers, thanked Turkey for providing such an opportunity.

Provincial Director of National Education Memet Polat expressed his happiness at the success of the much-needed day trip for the children.

"With our soldiers, we wanted to share the enthusiasm of April 23 with the children affected the most by the war in Syria," Polat said, referring to Turkey's April 23 National Sovereignty and Children's Day.

After the event, the children were returned to their villages.

The operation, conducted in line with the country's right to self-defense borne out of international law and U.N. Security Council resolutions, aimed to establish a terror-free safe zone for Syrians' return to the area, which was at the time controlled by the U.S.-backed YPG terrorists.

Since the launch of the operation, Turkey has been supporting every aspect of life in the region, from health to education, security to agriculture. In this respect, efforts to clear bombs and improvised explosive devices were launched and administration duties were handed over to local councils.