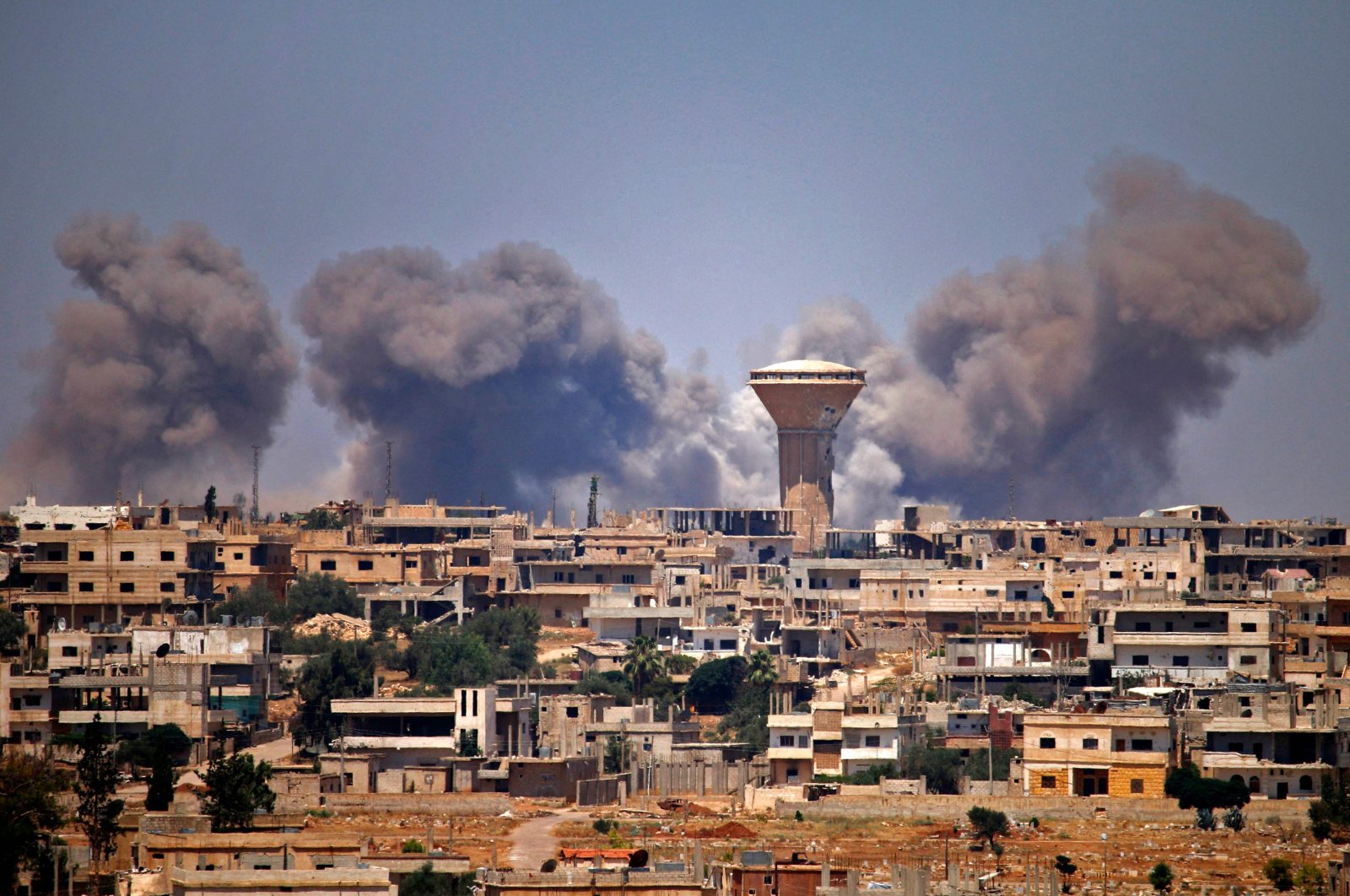 Syrian humanitarian nongovernmental organizations (NGOs) on Wednesday called on the international community to act immediately to cease the latest aggression by the Bashar Assad regime on Daraa al-Balad in southern Syria.

In a joint statement, the Syrian NGO Alliance said: "We, the undersigned Syrian humanitarian NGOs, call on the United Nations and the international community to act immediately to cease the latest aggression by the Syrian military on Daraa al-Balad, to protect civilians from indiscriminate attacks and lift the siege imposed on more than 11,000 families, depriving them of the most basic needs, including food, water, and medicines."

Calling for safe, unhindered humanitarian access for relief organizations and United Nations agencies, they urged for immediate measures to prevent further forced displacement of the people of Daraa out of their homes.

"Since June 24, the Syrian military and its allied militia imposed a siege on Daraa al-Balad, affecting over 50,000 persons, including women, children, and Palestinian refugees. With the rapid deterioration in the security situation and increased hostilities and atrocities committed against civilians over the past few days, Daraa al-Balad and its surroundings are facing the most intense offensive in southern Syria since the establishment of the de-escalation agreement in 2018," it further said.

"As of July 27, the violence caused roughly 10,500 people to be displaced from Daraa al-Balad with people reporting being forced to pay bribes to the military checkpoints to be allowed to flee to a safer place. Doctors and medical personnel have been sending emergency calls for help requesting urgent openings of humanitarian corridors to refer the injured who need urgent surgical interventions, in light of the massive lack of medical supplies. Additionally, the only medical point in Daraa al-Balad is out of service," the statement added.

Underlining that the violations also include denial of access to humanitarian aid, and to hundreds of families that are displaced near the Jordanian borders, the Syrian NGO Alliance urged the United Nations and the Security Council to reconsider the activation of the cross-border humanitarian access modality, in case no other access route is available.

Lying in the Daraa province, which is known as the birthplace of the Syrian revolution, Daraa al-Balad was blockaded by the regime forces on June 25 after residents, including former members of the Syrian opposition, resisted an order to surrender their light weapons and allow regime forces to search houses in the area.

According to the Daraa-based Reconciliation Center and local figures, the order was opposed because it violated the terms of a 2018 deal, under which the area residents and ex-opposition members had to surrender all heavy weapons.

The regime began its military action despite agreeing earlier last week to lift the blockade.

Tensions flared last week, leading to what the Syrian Observatory for Human Rights (SOHR) called the "most violent and broadest clashes in Daraa since it came under regime control."

Most recently, the Syrian opposition stated late Monday that stopping the regime’s attacks on Syria's southern province of Daraa is a humanitarian and legal duty after the regime's deadliest flareup in three years killed 28 people including 11 civilians.

Similarly, the White Helmets Syrian civil defense group called on the United Nations Security Council (UNSC) and the international community “to take urgent action to stop the Assad regime, Russia, and their militias from carrying out further attacks.”