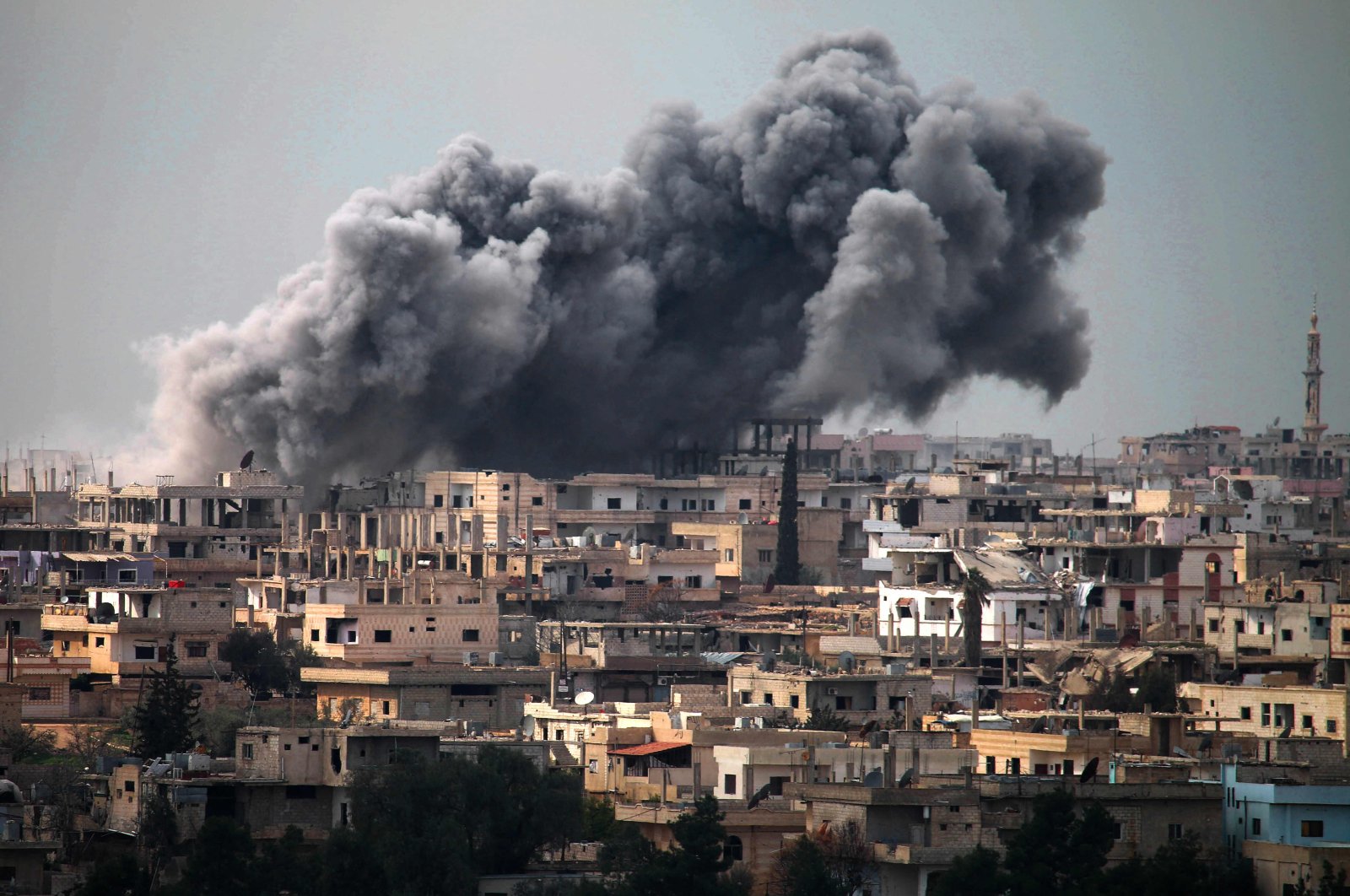 Smoke billows following reported airstrikes on an opposition-held area in the southern city of Daraa, Syria, March 16, 2017. (AFP Photo)
by DAILY SABAH WITH AGENCIES
Jul 30, 2021 10:33 am

The Bashar Assad regime forces carried out a ground operation in a central neighborhood in the city of Daraa, southwestern Syria, before clashes spread to the countryside. At least 15 civilians lost their lives in regime attacks.

According to local sources, the regime forces carried out the operation to strengthen their dominance in the Daraa al-Balad neighborhood but failed.

Encountering residents and armed opposition groups, the regime forces were forced to withdraw after intense clashes.

After the regime forces attacked the neighborhood with tanks and artillery shells, the clashes spread to the western and eastern countryside of Daraa.

The regime forces then targeted the settlements with mortar and artillery attacks.

Eight civilians, including several children, were among the 23 people killed Thursday in the fiercest clashes to rock Daraa province since it was captured by the regime, a war monitor also said.

Artillery shelling by regime forces on the village of al-Yadudah, northwest of Daraa city, killed a woman, her child and three young people, according to the Britain-based Syrian Observatory for Human Rights (SOHR).

Regime artillery fire also killed another child and two men in other parts of Daraa, according to the Observatory.

The deaths bring the toll for Thursday's clashes to a total of 23 across the province.

Lying in the Daraa province, which is known as the birthplace of the Syrian revolution, Daraa al-Balad was blockaded by the regime forces on June 25 after residents, including former members of the Syrian opposition, resisted an order to surrender their light weapons and allow regime forces to search houses in the area.

According to the Daraa-based Reconciliation Center and local figures, the order was opposed because it violated the terms of a 2018 deal, under which the area residents and ex-opposition members had to surrender all heavy weapons.

The regime began its military action despite agreeing earlier this week to lift the blockade.

The Russian-backed Syrian army and allied forces recaptured Daraa from the opposition in 2018, a symbolic blow to the anti-regime uprising born there in 2011.

Tensions flared on Thursday, leading to what the Observatory called the "most violent and broadest clashes in Daraa since it came under regime control."

The Syrian regime army has also stepped up its bombing of the northwestern enclave in recent weeks after Assad took the oath of office for a new term vowing to make "liberating those parts of the homeland that still need to be" one of his top priorities.

Amid the Assad regime's increasing attacks on civilians and residential places, the United Nations has voiced deep concern over the escalating violence in northwestern Syria, which poses a constant risk to civilians.

Farhan Haq, the deputy spokesperson for U.N. Secretary-General Antonio Guterres, said the ongoing fighting had caused death and injury to dozens of civilians in the past weeks, including women and children.