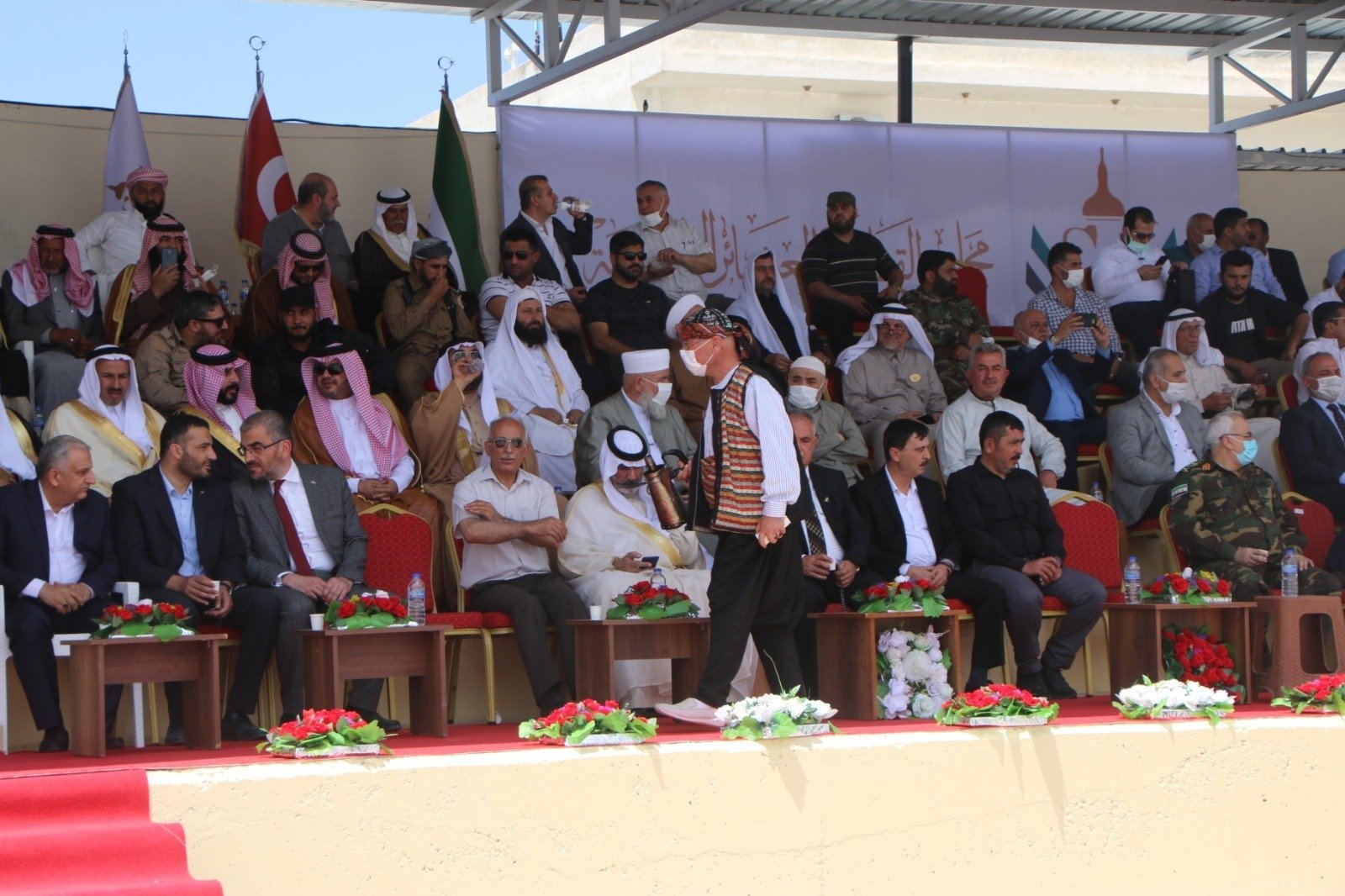 Tribes in northern Syria's Azaz have rejected the upcoming presidential elections to be held in Bashar Assad regime-controlled Syria.

Gathering in Azaz Monday, Syria Clans and Tribes Council (SKAM), with the participation of some members from the Syrian Interim Government and Syrian National Army (SNA), stated that the Assad regime has no right nor legitimacy to hold an election.

Calling the upcoming elections "illegitimate," the council said that it violates the right of the Syrian people to freely elect its self-government.

On April 18, the regime's parliament set May 26 for presidential elections, which is expected to keep Assad in power in the country devastated by a decade of civil war. The 55-year-old is widely expected to secure a fourth term in office by a comfortable margin in the May 26 vote, which observers have already said would be far from free and fair.

The decision to hold elections was made despite the ongoing military conflict, the lack of a political solution in sight, failure of negotiations between the opposition and the regime, and the displacement of more than 10 million Syrians as either refugees or internally displaced persons. Moreover, about 40% of the country is not under regime control.