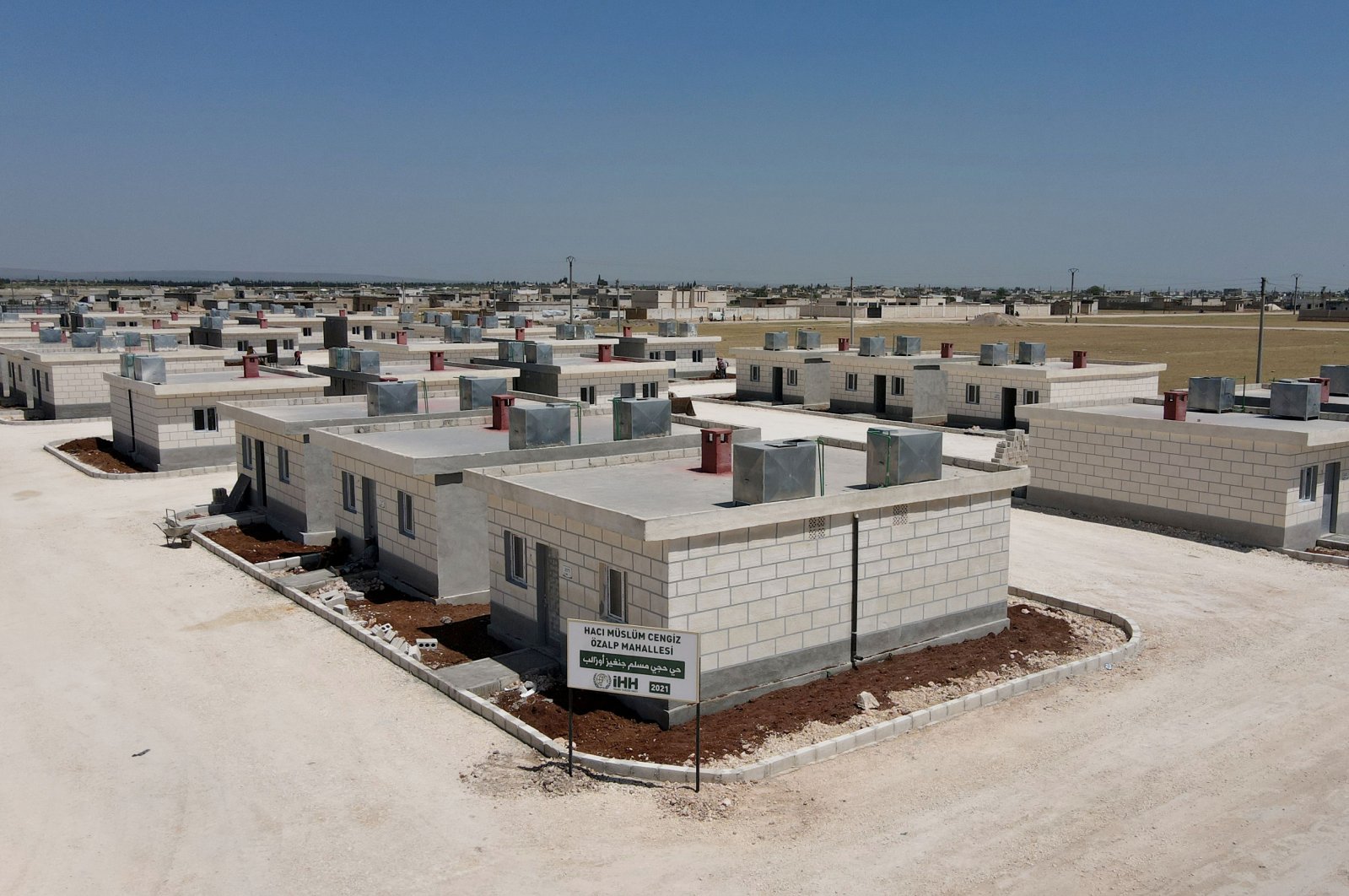 Syrians in the country’s northwest are in need of an additional 100,000 cinder block houses, as ongoing support efforts from Turkish nongovernmental organizations are currently in the process of building 50,000 of such housing units, Bülent Yıldırım, head of the Humanitarian Relief Foundation (IHH) stated on Saturday.

Speaking to Anadolu Agency (AA), Yıldırım said around 4.3 million people are living in northwestern Idlib. Many of them who used to live in tents have now built cinder block houses, but those who do not have the means still need help.

"We visited Syria in Ramadan, we wanted to see developments there on site. Cinder block homes have been built everywhere and mosques and schools have been opened next to the houses. In addition, health services are being provided," he said.

He said that Turkish institutions have set an example by turning these cinder block homes into villages.

He said that people have learned to stand on their own feet and have created a beautiful environment in Idlib. Yıldırım said the empty and barren lands have been transformed into urbanized structures with houses and shops popping up.

Previously, Turkey's Interior Minister Süleyman Soylu had announced that Turkish NGOs and institutions would build 50,000 cinder block houses in Syria's northern provinces. Of those, half of the houses have already been built.

Launched on Jan. 13, 2020, in coordination with AFAD, the "We are together, We are siding with Idlib" aid campaign received substantial support from other Turkish aid organizations, including the Turkish Red Crescent (Kızılay), the IHH, the Sadakataşı Association, the Türkiye Diyanet Foundation and many more.

Turkey planned to fulfill the target during the summer so that the shelters would be ready for the refugees before winter sets in.

After launching three consecutive operations in northern Syria, Turkey also rolled up its sleeves to reconstruct hospitals, schools, mosques and roads destroyed by the PKK's Syrian wing, the YPG. Within the scope of ameliorating the region's social infrastructure, people were given food and clothing by several NGOs, while roads and buildings were rebuilt.

Meanwhile, Turkey’s counterterrorism operations in northern Syria since 2016 have also allowed hundreds of thousands of Syrians in Turkey to resettle in their homeland.

Some 561,746 civilians returned to their homes despite violations of the cease-fire that was struck between Turkey and Russia in March 2020 in Idlib province, Mohammad Hallaj, the director of Syria's Response Coordination Group, stated last month.

Turkey often expressed that in order to establish long-lasting stability and normalization in Syria, the return of displaced Syrians to their hometowns is just as important as the fight against terrorism.

Yıldırım said civilization was being established in Idlib, with universities, schools and hospitals.

He urged people to support Idlib, as helping to feed a person would mean building a future for thousands of others.

Concerning educational issues, he said around 260,000 children are unable to go to school due to their physical conditions.

He said during his tour he found that Syrians were praying that Turkey remains by their side as the presence of Turkish people has provided hope for all Muslims in need.

He also said the IHH is helping people in Turkey to combat the pandemic in all neighborhoods, villages and streets.

Last month, Idlib received its first batch of COVID-19 vaccines. The official COVID-19 death toll in Syria is low compared to some other countries in the region, but credible data collection across the conflict-ravaged country is almost impossible.

"This year, again, including this closing period, we will declare mobilization as much as needed. All of us, with our state and NGOs, will help each person so that the hopes of the oppressed people in the world are not exhausted," Yıldırım said.