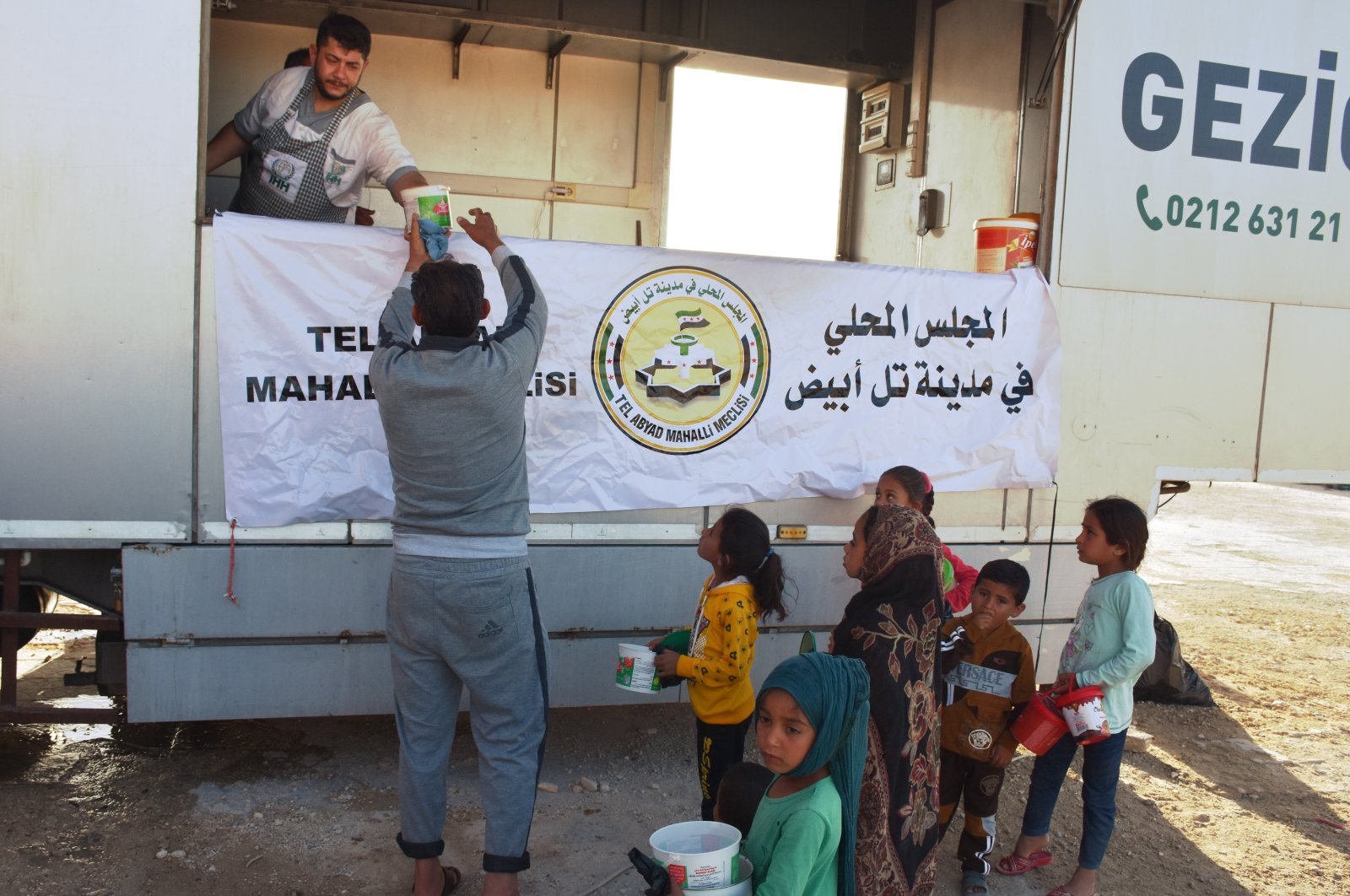 The local council in northern Syria's Tal Abyad, which was saved from terrorist occupation through Turkey's Operation Peace Spring in 2019, provides a daily meal for iftar to nearly 3,000 people during the Islamic holy month of Ramadan.

He explained that locals and displaced civilians who were forced to flee their hometowns due to terror will be provided free meals throughout Ramadan.

Underlining the contributions of the Turkish nongovernmental organization (NGO) Humanitarian Relief Foundation (IHH) to the campaign, Abdullah added that more comprehensive aid programs will be organized in the coming days.

Ahmad Halil Hander, who works voluntarily for a mobile kitchen, said that distributor delegations were also established to deliver the food to rural areas.

He thanked the local council, Turkey and IHH for their efforts.

Turkey launched Operation Peace Spring on Oct. 9, 2019, to eliminate elements of the Syrian branch of the PKK, the YPG, east of the Euphrates to secure Turkey's borders, aid in the safe return of Syrian refugees and ensure Syria's territorial integrity. As part of the operation, Tal Abyad and Ras al-Ain were officially cleared of terrorists.

Tal Abyad and Ras al-Ain, together with other liberated areas, have been put back on the road to normalization with Turkey's rebuilding efforts. Citizens frequently voice that daily life is improving as a result of the reconstruction and infrastructure work.

Local councils were also established for the democratic representation of local people and to find solutions to local residents' problems.