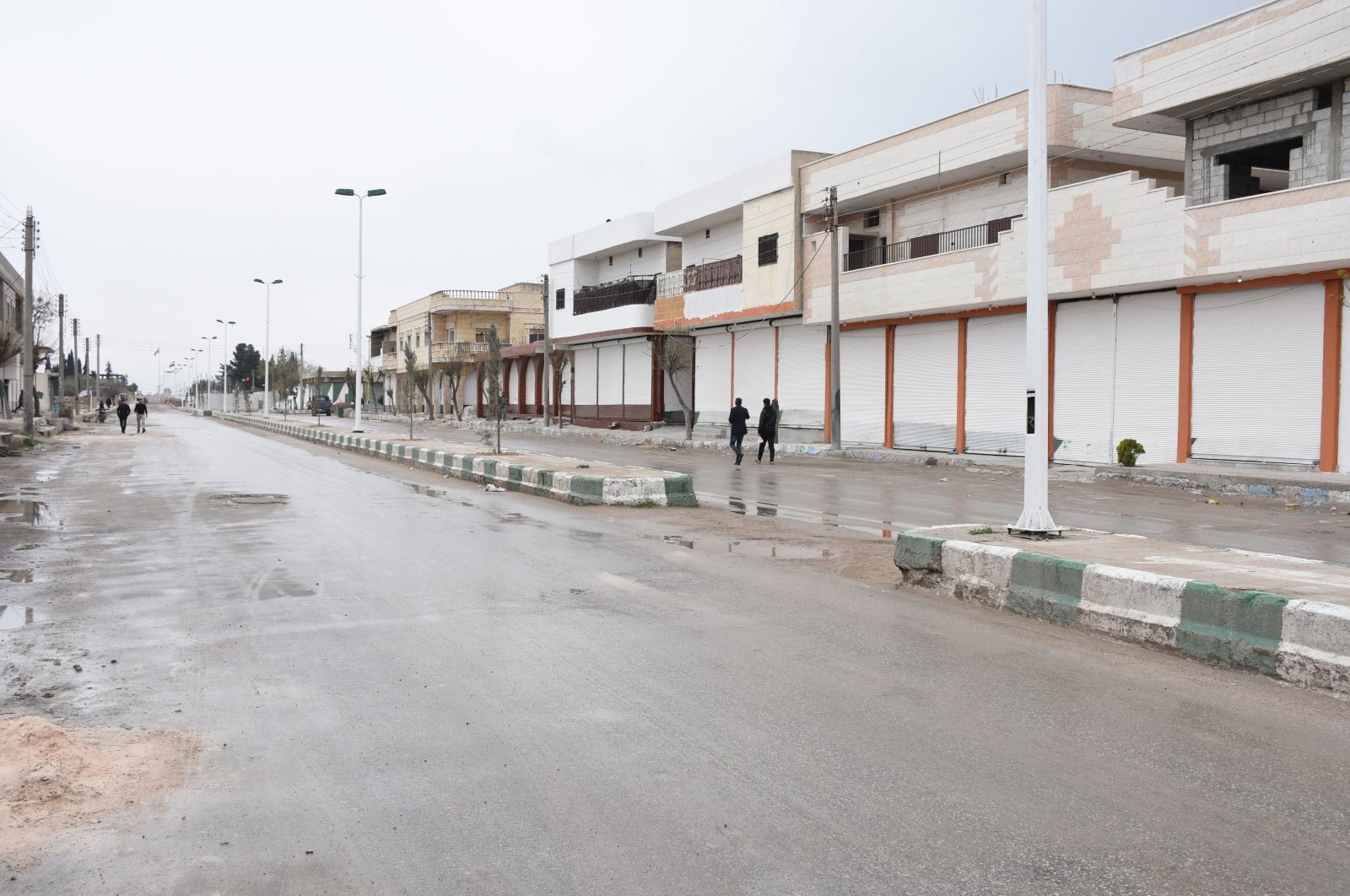 In northern Syria's Tal Abyad, which was cleared from the occupation of terrorist groups through Turkey's Operation Peace Spring, the streets have been renovated and landscaped ahead of the Ramadan Bayram holiday, also known as Eid al-Fitr.

As part of the "Prestige Street Project," the landscaping, median repair, asphalt paving and facade improvement works in the city center are preparing the main streets for Bayram.

While the local council of the town has been landscaping with Turkey's contributions, it is also increasing security measures for a peaceful and stable Bayram in the region with the support of the Syrian National Army (SNA).

The project has two phases, he said and added that the first stage of the project focuses on the damaged roads in the city center, which were covered with hot asphalt pavement, as well as framing the trees planted in the medians.

In the second stage, the old signs hung on the shops in the market were removed, Sultan said: "Our teams started working on the pavements, painting the shutters and improved facades on the city's main market road. I believe that the town of Tal Abyad will be the most beautiful of the liberated areas."

The project is expected to be completed until the Bayram, he added.

Tal Abyad is populated to a great extent by Arabs and was occupied by the Daesh terrorist group in 2014. A year later, the YPG occupied the city with the support of the United States. Tal Abyad was cleared of terrorists as part of Operation Peace Spring Oct. 13. Since then, locals have gradually returned with humanitarian aid being provided with the help of the Turkish Armed Forces (TSK) and the Turkish Red Crescent.

Turkey's efforts to normalize the regions liberated from YPG and Daesh terrorists have enabled citizens to return to their everyday life with schools and hospitals reopened and roads built. After launching three consecutive operations in northern Syria, Turkey rolled up its sleeves to reconstruct hospitals, schools, mosques and roads destroyed by YPG terrorists.

Within the scope of ameliorating the region's social infrastructure, people were also provided with food and clothing by several nongovernmental organizations (NGO), while roads and buildings were rebuilt.