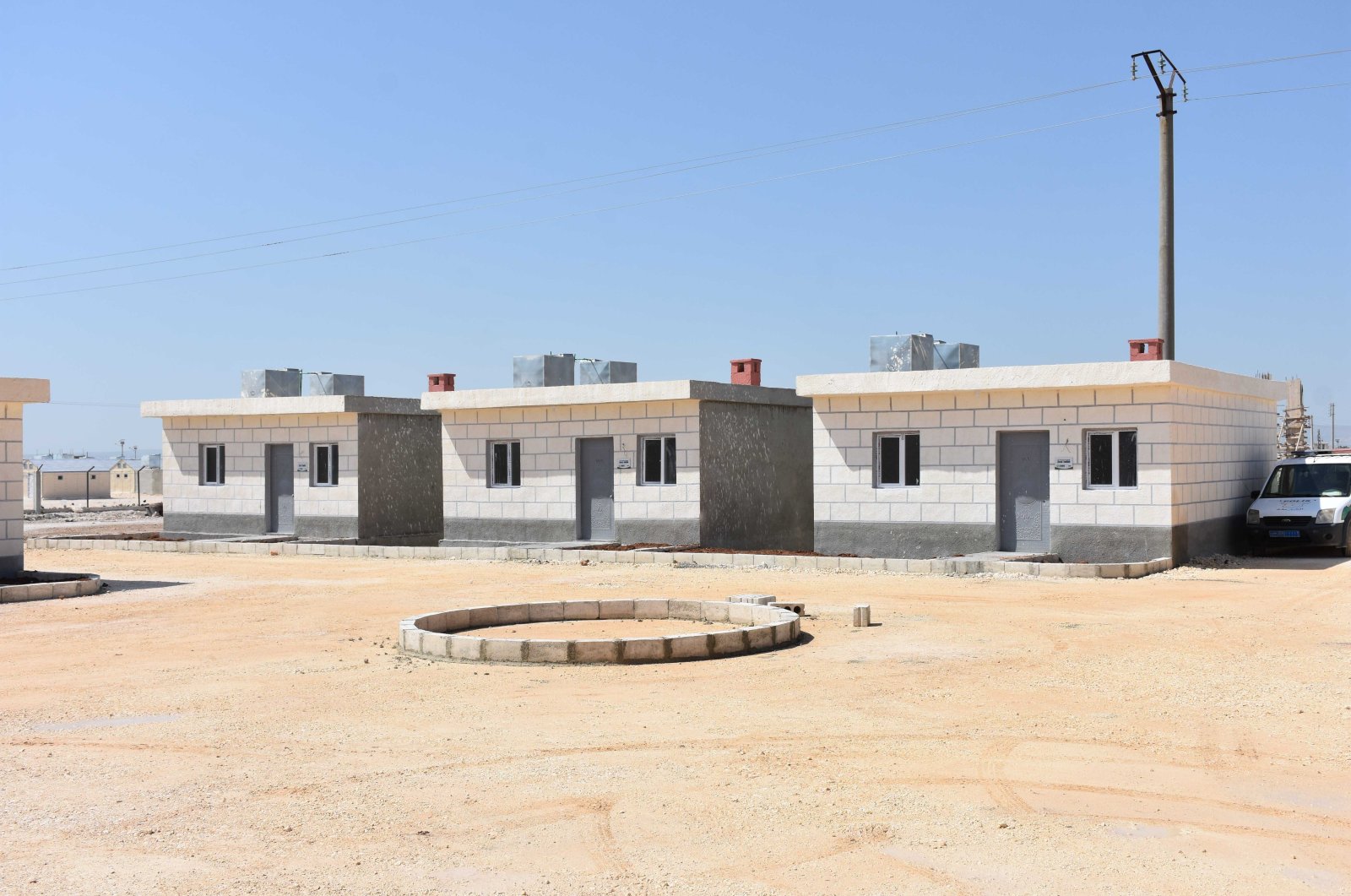 The camp, containing 384 houses, a mosque and a clinic, will host hundreds of war-weary families, including dozens of orphans.

The camp, named after Turkish lawyer Necip Kibar who passed away last December, was jointly built by the Free Thought and Educational Rights Society (Özgürder), the Orphan Foundation and the Fetih Association in coordination with Turkey's state-run Disaster and Emergency Management Presidency (AFAD).

Kibar was also a board member of Özgürder.

As part of the opening ceremony of the camp, an iftar, or fast-breaking dinner, was organized for locals.

Rıdvan Kaya, the head of Özgürder, said the camp was built in an area where Turkish NGOs and institutions have built thousands of houses for needy people.

Previously, Turkey's Interior Minister Süleyman Soylu had announced that Turkish NGOs and institutions would build 50,000 briquette houses in Syria's northern provinces. Of them, half of the houses have already been built.

Murat Yılmaz, the head of Orphan Foundation, said families will get better shelter in this camp.

Yılmaz Bulat, the chairman of Fetihder, also said those who escaped the Syrian regime's attacks in the last winter season will reside at the camp.

Launched on Jan. 13, 2020, in coordination with AFAD, the "We are together, We are siding with Idlib" aid campaign received substantial support from other Turkish aid organizations including the Turkish Red Crescent (Kızılay), the Humanitarian Relief Foundation (IHH), the Sadakataşı Association, the Türkiye Diyanet Foundation and many more.