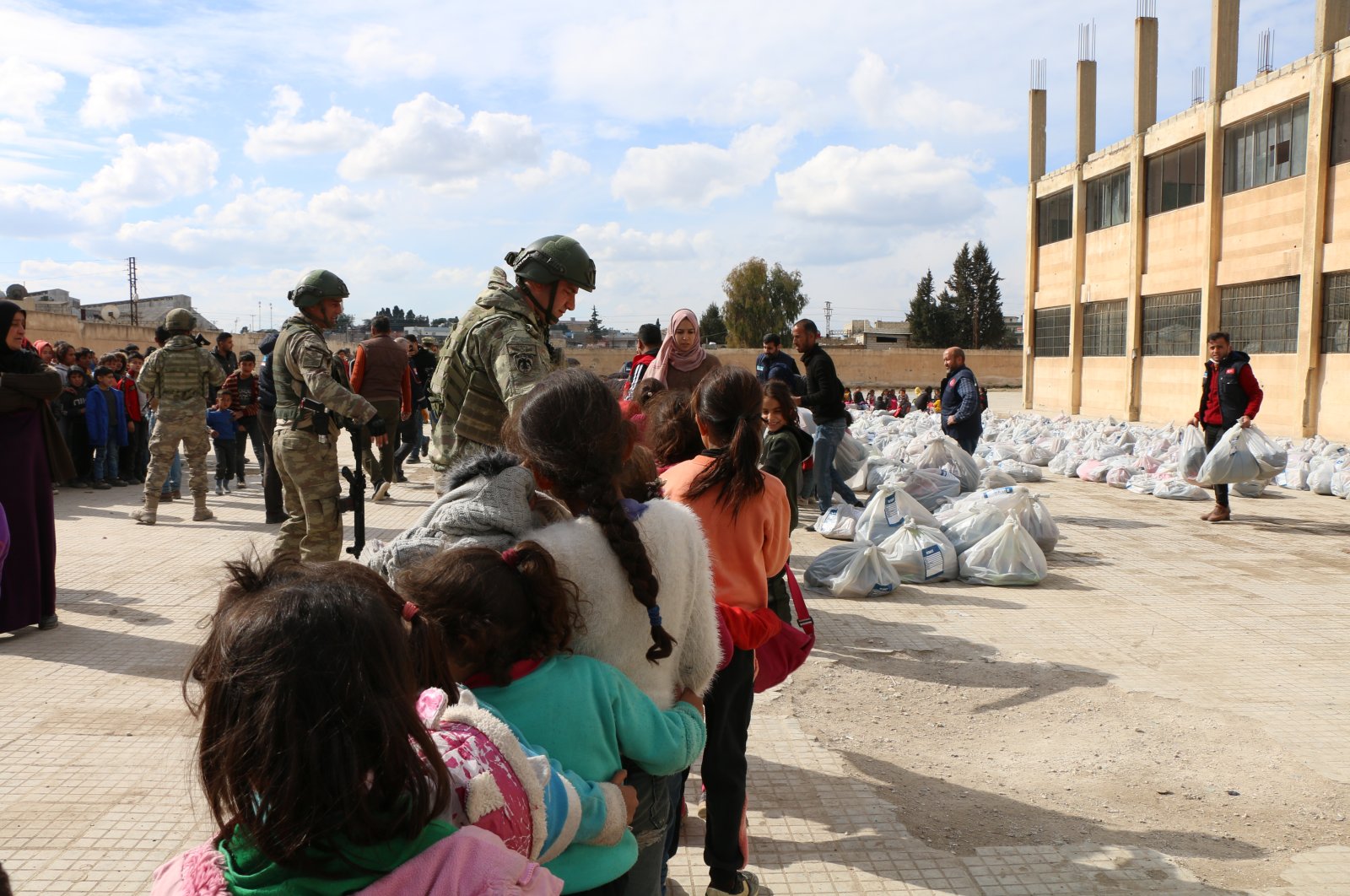 Since 2016, Turkey has launched a series of successful counterterror operations across its border in northern Syria to stifle the formation of grassroots terror groups and enable the peaceful settlement of the country's inhabitants.

It launched the operations Euphrates Shield, Olive Branch and Peace Spring in 2016, 2018 and 2019 respectively.

Turkey has reached agreements with both the U.S. and Russia designed to compel the terrorist group to withdraw from the planned terror-free zone. Throughout its operations, Turkey has supported the inhabitants in all aspects of life, including health care, education, security and agriculture.

Turkey aims to aid in the safe return of Syrian refugees, restore peace and stability in the region and ensure Syria’s territorial integrity.

Turkey has become a hub for millions of refugees forced to abandon their country. Since the beginning of the Syrian civil war in 2011, Turkey has provided shelter and humanitarian aid to vulnerable people. The country hosts over 3.6 million Syrian refugees.

As a result of a series of successful operations in northern Syria, Turkey launched a rehabilitation process, reconstructing hospitals, schools, mosques and roads vandalized by the YPG to secure the safe return of refugees who were forced to desert their country due to the war and unrest caused by terrorist attacks.