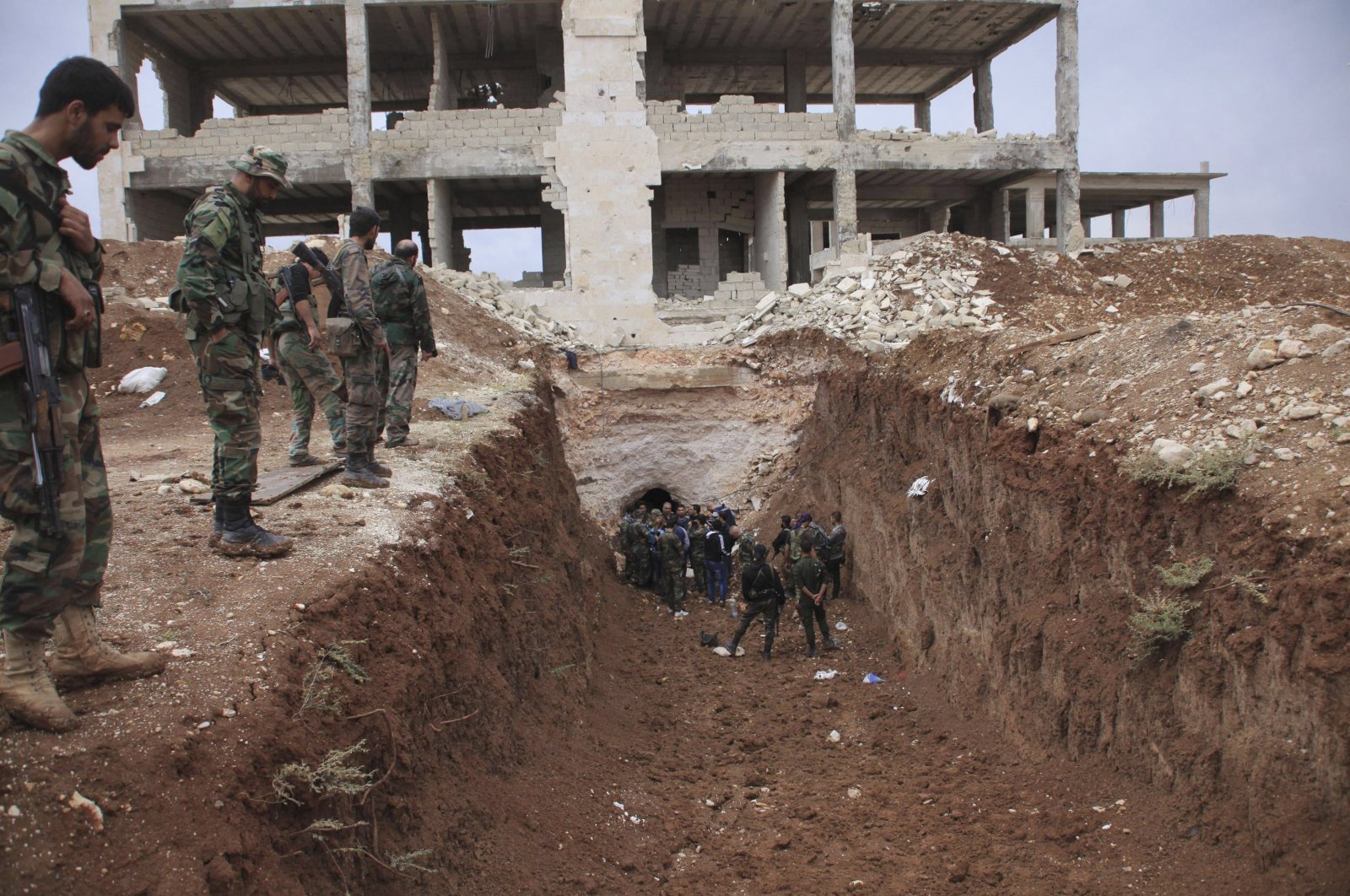 Assad regime forces stand in a trench near a glass factory after regaining control of the area, northeast Aleppo, Syria, Oct.19, 2014. (Reuters File Photo)
by DAILY SABAH WITH AA Dec 21, 2021 8:38 am
RECOMMENDED

The U.N. special envoy for Syria said Monday that the country has become a haven for mercenaries, terrorists and drug traffickers.

In his briefing to U.N. Security Council members, Geir Pedersen said the Syrian people have continued to suffer from violence and human rights abuses this year.

"Syria continues to radiate instability – a haven for mercenaries, drug trafficking and terrorism," said Pederson, adding that the war-torn country remains fragmented and the fragments are drifting apart.

He also warned that hunger and poverty have escalated as the economy has continued to implode, leaving 14 million people in need, the highest number since the conflict began in 2011.

He added that "13 million Syrians remain displaced inside and outside the country – many of their children not knowing their homeland – their prospects for a safe, dignified and voluntary return not improving-and a continuing challenge for Syria's neighbors."

According to the United Nations High Commissioner for Refugees (UNHCR), some 6.6 million Syrians have been forced to leave the country over the past decade.

Turkey alone hosts approximately 4 million of the people, more than any other country in the world.

Earlier this month, a report noted that Assad’s relatives and associates have turned Syria into a “new narco-state on the Mediterranean.”