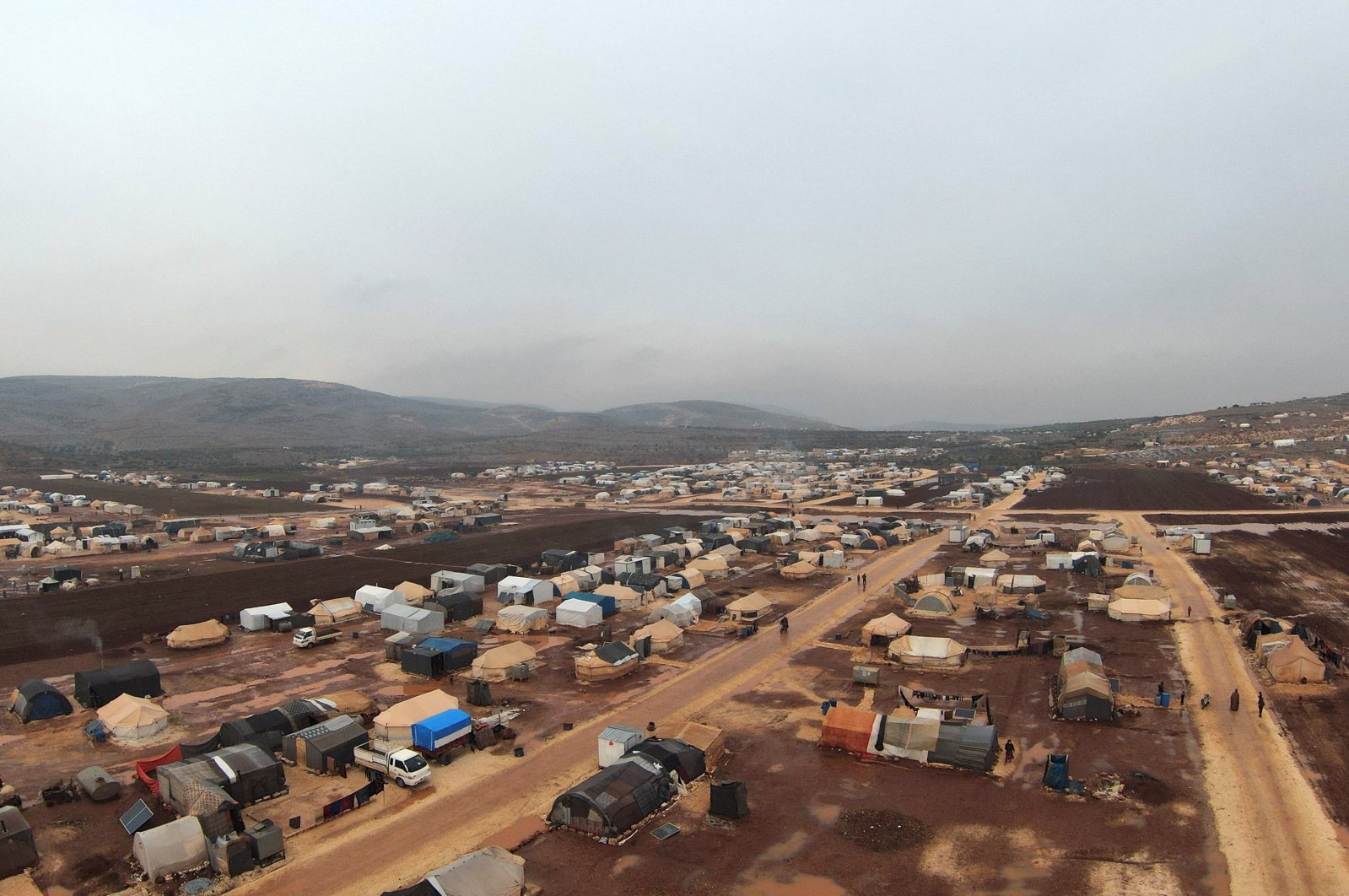 An aerial view of Kafr Arouk camp for internally displaced Syrians after a heavy rainfall in Idlib, Syria Dec. 20, 2021. (Reuters File Photo)
by DAILY SABAH WITH AGENCIES Jan 11, 2022 8:42 am
RECOMMENDED

The United Nations highlighted that cross-border humanitarian aid to opposition-held northwest Syria remains "essential," as the measure was extended for six months de facto without a new Security Council vote.

The council had previously renewed the authorization allowing aid into opposition-held areas in the country's northwest "for a period of six months ... until Jan. 10, 2022," through the crossing at Bab al-Hawa on the Syrian border with Turkey.

The text provided for "an extension of an additional six months, that is, until July 10, 2022," subject to a report by the U.N. Secretary-General.

For the West, the renewal to July had been interpreted as automatic, while Russia has raised the possibility of requesting a new Security Council vote, though it has not taken that step.

In his December report, U.N. Chief Antonio Guterres had stressed the impossibility of replacing at this stage the cross-border mechanism for one that crossed front lines from Damascus.

Moscow favors this method as recognition of the Assad regime's sovereignty over the whole country.

Aid through the Bab al-Hawa crossing primarily serves roughly 3 million people living in the Idlib region, which remains outside the regime's control.

"The cross-border delivery of aid is essential," U.N. spokesperson Stephane Dujarric said during his daily briefing.

"We need aid to be delivered through cross-border and through cross-line. Those are essential elements for us to meet the humanitarian needs of all Syrians."

Asked about the lack of a new Security Council vote, he said "we would welcome any decision that would allow us to continue with this vital cross-border aid."

In June, the U.N. said around 2.4 million people in Idlib were in need of humanitarian aid. The U.N. agencies warned that northwestern Syria faces the "worst situation" since the war started, with low food security and, due to the unavailability of medicines, the spread of diseases leading to deaths.

Russia and Iran are the chief supporters of Assad – who has wrestled back control of most of Syria after a brutal decadelong civil war – and argue that Damascus as the sovereign power should have sole prerogative over aid deliveries.