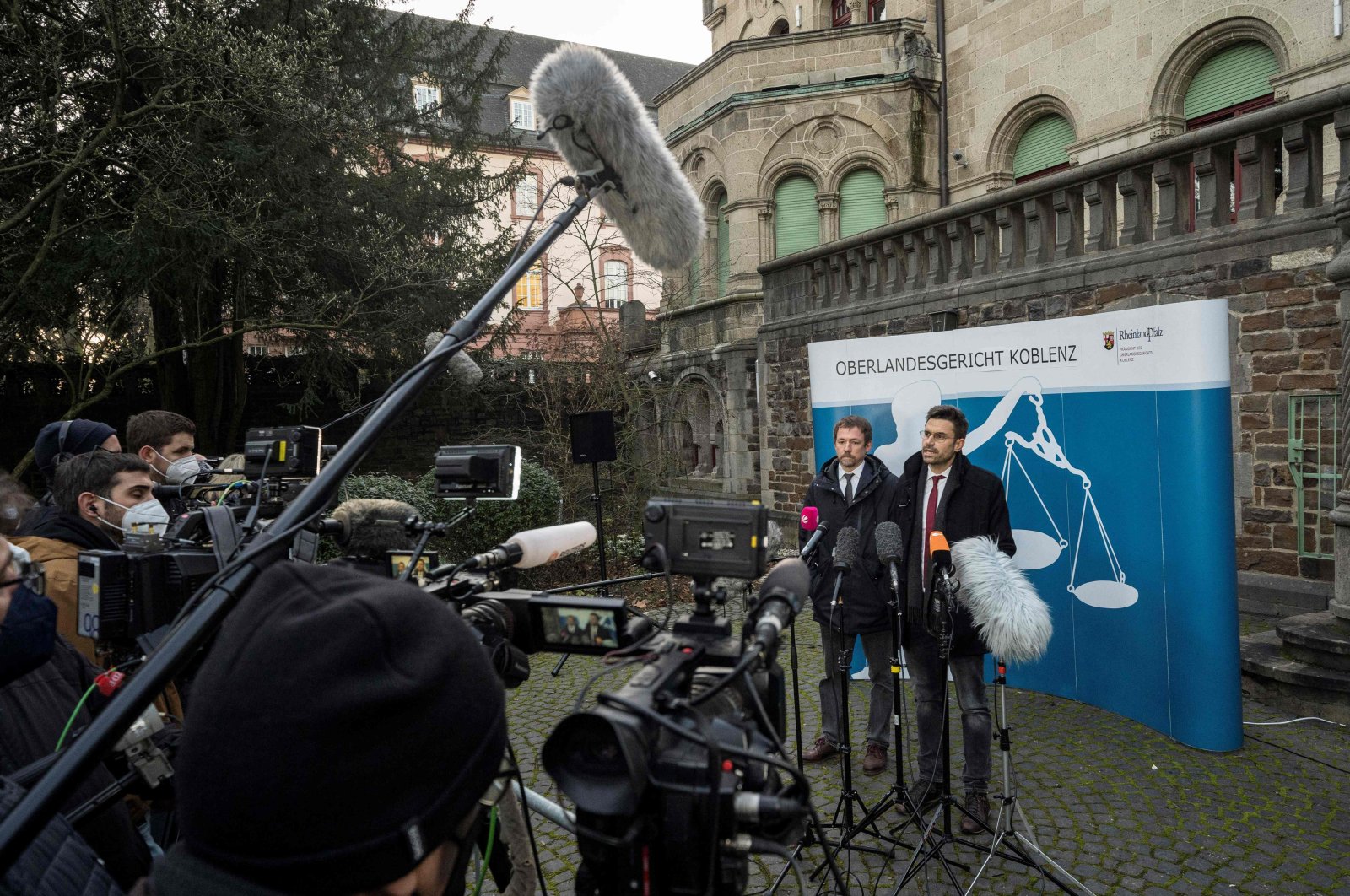 The United Nations on Thursday described the conviction of a former Syrian secret police officer in Germany as "historic."

Anwar Raslan is the highest-ranking Syrian official so far convicted of the charge. The verdict was keenly anticipated by those who suffered abuse or lost relatives at the hands of Bashar Assad’s regime in Syria’s long-running conflict.

“This trial casts a much-needed, renewed spotlight on the kinds of sickening torture, cruel and truly inhuman treatment – including abject sexual violence – that countless Syrians were subjected to in detention facilities," the U.N. High Commissioner for Human Rights, Michelle Bachelet, said.

"It is a landmark leap forward in the pursuit of truth, justice and reparations for the serious human rights violations perpetrated in Syria over more than a decade.”

The Koblenz state court concluded that the defendant was in charge of interrogations at a facility in the Syrian city of Douma known as Al Khatib, or Branch 251, where suspected opposition protesters were detained.

The court sentenced the 58-year-old to life in prison. His lawyers had asked judges last week to acquit their client, claiming that he never personally tortured anybody and that he defected in late 2012.

“This day, this verdict is important for all Syrians who have suffered and are still suffering from the Assad regime’s crimes,” said Ruham Hawash, a survivor of Branch 251 who testified in the trial.

"This verdict is only a beginning and we have a long way to go – but for us affected people, this trial and today’s ruling are a first step toward freedom, dignity and justice,” she said.

German prosecutors alleged that Raslan supervised the “systematic and brutal torture” of more than 4,000 prisoners between April 2011 and September 2012, resulting in the deaths of at least 58 people. Judges ruled that there was evidence to hold him responsible for 27 deaths.

A junior officer, E yad al-Gharib, was convicted last year of accessory to crimes against humanity and sentenced by the Koblenz court to 4 ½ years in prison.

Both men were arrested in Germany in 2019, years after seeking asylum in the country.

Victims and human rights groups have said they hope the verdict in the 19-month trial will be a first step toward justice for countless people who have been unable to file criminal complaints against officials in Syria or before the International Criminal Court.

Since Russia and China have blocked efforts in the U.N. Security Council to refer cases to The Hague-based tribunal, countries such as Germany that apply the principle of universal jurisdiction for serious crimes will increasingly become the venue for such trials, experts say.

"We are starting to see the fruits of a determined push by courageous survivors, activists and others to achieve justice for horrific atrocities in Syria’s network of prisons," said Balkees Jarrah, associate international justice director at Human Rights Watch (HRW).

"The verdict is a breakthrough for Syrian victims and the German justice system in cracking the wall of impunity," she added. "Other countries should follow Germany’s lead and actively bolster efforts to prosecute serious crimes in Syria."

The trial is the first of its kind worldwide and other courts may cite the verdict and evidence heard in Koblenz, said Patrick Kroker, a lawyer with the European Center for Constitutional and Human Rights. The group represented 14 victims who under German law were able to take part in the proceedings as co-plaintiffs.

"The goal remains to bring senior Assad associates, such as former Air Force Intelligence chief Jamil Hassan, to justice for their crimes," said Kroker. Germany issued an international arrest warrant for Hassan in 2018, but bringing him and other senior Syrian officials to trial will be difficult, as the country does not extradite its citizens.

It noted that photographs of alleged torture victims smuggled out of Syria by a former police officer, who goes by the alias of Caesar, were crucial to the evidence against Raslan.

“This conviction has put State authorities on notice – no matter where you are or how senior you may be, if you perpetrate torture or other serious human rights violations, you will be held accountable sooner or later, at home or abroad,” Bachelet said, the U.N. rights chief.

Her comments were echoed by Germany's Justice Minister, Marco Buschmann, who called on other countries to follow what he called the "pioneering work" performed by his country's legal system.

"Crimes against humanity mustn’t remain unpunished. No matter where they are committed, no matter by whom," said Buschmann.

Human rights experts said it was significant that the Koblenz court had deemed the allegations of sexual violence to be among the crimes against humanity Raslan was convicted for. However the judges didn't convict him over the enforced disappearances, meaning those will have to be prosecuted separately in future proceedings.

Conservative estimates put the number of those detained or forcibly disappeared in Syria at 149,000, more than 85% of them at the hands of the Syrian regime, according to the Syrian Network for Human Rights (SNHR). Most disappeared or were detained soon after peaceful protests erupted in March 2011 against Assad’s regime, which responded to the rallies with a brutal crackdown.

The Syrian regime denies it is holding any political prisoners, labeling its opposition terrorists. After battlefield wins, it has negotiated limited prisoner exchanges with various armed groups, which families say offer partial solutions for a very small number of people.

There have already been several convictions in Europe of Syrians accused of committing war crimes against members of Syria's armed forces.

Raslan's lawyers can appeal the verdict.