World fails to reach expectations by pledging only $6.4B to Syria 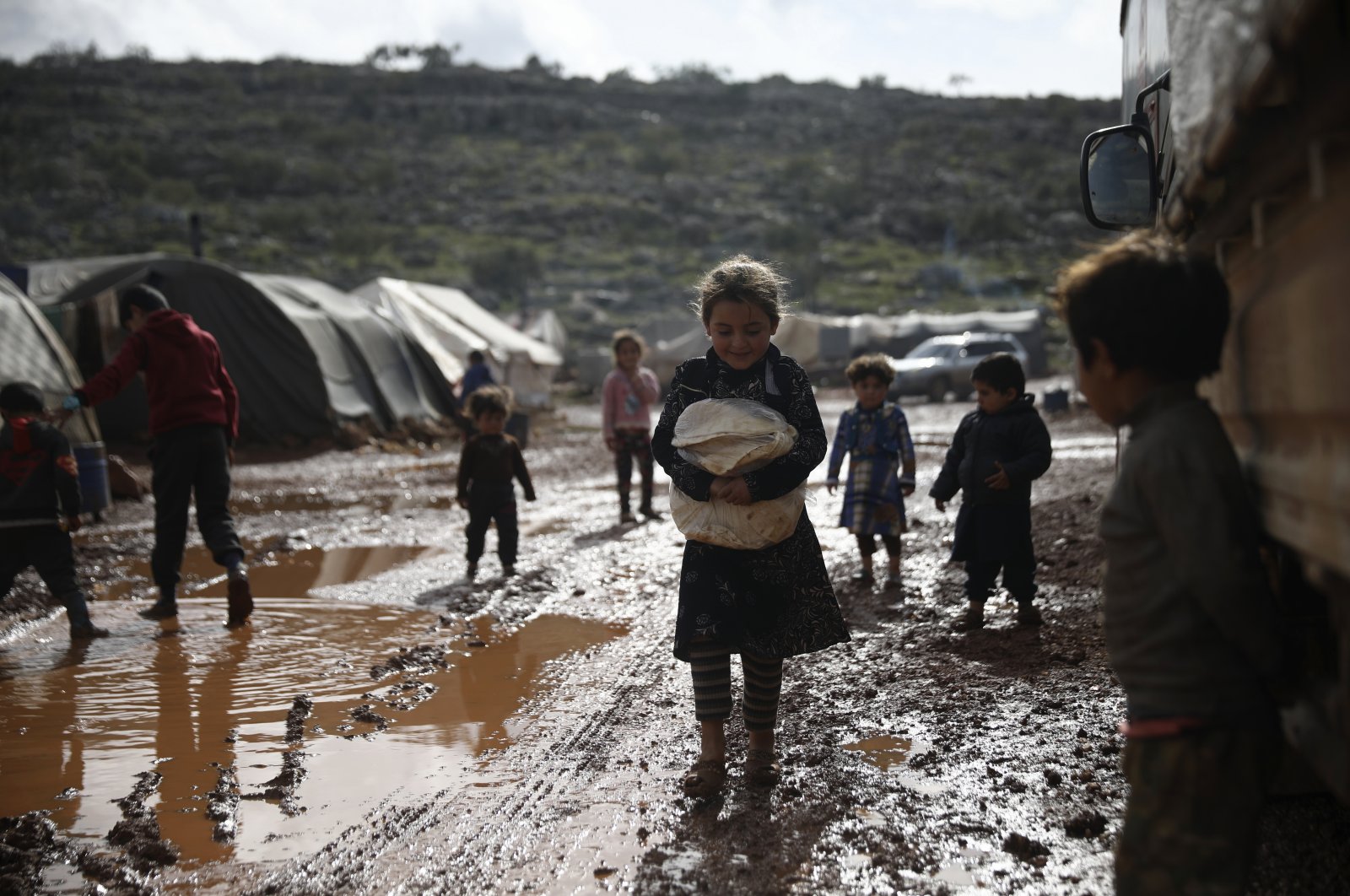 As the Syrian Civil War leaves its 10th year behind, the international community continues to fail to take care of the crisis, as witnessed on Tuesday when it pledged only $6.4 billion in aid for Syria and its refugees in neighboring countries, falling well short of a United Nations target aimed at dealing with the country's growing needs.

The United Nations had been hoping to raise a record $10 billion at a two-day videoconference as the coronavirus pandemic has helped push the number of people requiring assistance to new highs after a decade of conflict.

EU crisis management commissioner Janez Lenarcic said $4.4 billion was promised for 2021 and $2 billion was for 2022 and beyond. Donors also offered $7 billion in loans.

The shortfall from the more than 50 donor nations at the 5th Brussels Conference on Syria, co-hosted by the European Union and the U.N., was immediately condemned by international aid organizations working in Syria.

"The money pledged confirms fears that donors are not listening to the pleas of the millions of Syrians who have fled their homes and had their lives torn apart by 10 years of conflict," Moutaz Adham, Oxfam Syria's country director, said in a statement.

"Many stated at the Brussels Conference that aid was needed now more than ever. Yet this funding sends a bleak message to those trying to find a future after 10 years of darkness and despair."

The U.N. said that the $10 billion needed in 2021 was intended to be split with $4.2 billion for humanitarian relief inside Syria, and the rest for refugees sheltering in the region.

The need for aid has increased on the back of the coronavirus pandemic and a slump in the value of the Syrian pound.

That is despite the intensity of the fighting dropping in Syria after the Russia-backed forces of the Syrian regime head Bashar Assad recaptured the majority of the country.

Pledges were already dropping off before the coronavirus pandemic mainly due to donor fatigue. Officials fear that with the global economic downturn spurred by the pandemic, international assistance for Syria is about to take a new hit just when it is needed most. Across Syria, the pandemic has compounded the worst economic crisis since the conflict began in 2011. The local currency has crashed and food prices have soared – increasing by 222% from last year. Nine out of 10 people live below the poverty line and in northwest Syria, close to three-quarters of the 4.3 million residents are food insecure. According to the U.N., 13.4 million people in Syria, more than half the country’s pre-war population, need assistance. That is a 20% increase from last year.

'Syria is getting worse'

"That's over 20% more than last year, and the majority of the population is now facing hunger."

Syria's neighbors including Turkey, Lebanon, Jordan and Iraq face their own economic woes and struggle to cope with the burden of hosting vast numbers of refugees.

Overall the U.N. says that 24 million people need support in Syria and across the region, a rise of 4 million from last year.

Tuesday's total pledge was less than the $8 billion that EU foreign policy chief Josep Borrell said had been provided in aid over the past year.

Key donor Germany led the way this time round by vowing to contribute 1.74 billion euros ($2 billion), ahead of $600 million from the United States.

Brussels said $4.3 billion of the total had come from the EU, with the European Commission pledging $1.3 billion and $3 billion coming from EU member states.

The bloc, which worries that failure to help refugees in the Middle East could see them come to Europe, says it has given almost $29 billion since 2011.

Some prominent donors like Britain were singled out for cutting their contributions from last year.

London slashed its initial pledge by more than 30% to some $280 million after the British government cut aid spending across the board.

"This latest reduction in aid to Syria is completely out of touch with the reality facing Syrians," said David Miliband, former British foreign minister and now president of the International Rescue Committee.

The war in Syria has killed more than 388,000 people and displaced millions since the regime's brutal repression of anti-regime protests a decade ago.

Efforts have stalled to find a lasting peace deal to end a conflict that has pitched world powers against each other and fuelled the rise of the Islamic State group.

Referring especially to Russia and its close ally, Syrian regime head Bashar Assad, Blinken said the council should also “stop taking part in or making excuses for attacks” on hospitals and near the only authorized crossing point, which has closed off pathways to assistance.

In January 2020, at the insistence of Russia, which has veto power in the Security Council, members voted to cut four crossing points for humanitarian aid to Syria to just two from Turkey to the opposition-controlled northwest. And in July, again under threat of a Russian veto, the council cut back to a single border crossing from Turkey.

Blinken urged the reopening of the second border crossing from Turkey that used to deliver aid to about 4 million Syrians and the crossing from Iraq that brought aid to 1.3 million in the northeast, which is controlled by U.S.-backed YPG terrorists, the PKK terrorist organization's Syrian offshoot, and several hundred American troops.

Russia’s Deputy Foreign Minister, Sergey Vershinin, was sharply critical of cross-border aid deliveries. He accused aid groups of discriminating against Damascus-controlled regions and refusing to fund Syria’s recovery and the return of refugees in order to preserve cross-border operations that he said: “violate the norms of international humanitarian law.”

Russia offered to open the Abu Zandin, Saraqib and Miznaz border crossings on Feb. 1 this year and create a commercial border crossing for the people living in the region to use, said the security sources.

They remained open until Feb. 24, but during this time, there were no mutual requests for passage, the sources said.

The Abu Zandin crossing had been closed since Operation Peace Spring began in October 2019, they added.

An attempt was made to open the Saraqib border crossing in the Idlib de-escalation zone on April 18, 2020, and the Miznaz crossing on April 30 that year, but this failed due to public pressure and protests against the regime, they said.

Previously, it has been seen that the crossing gates opened in the area were not used very efficiently, they noted.

While Moscow has essentially declared Assad the victor of the war, Washington and its European allies say there must be accountability for crimes.

European countries insist they will not spend money on broader rebuilding in Syria until Assad commits to a genuine political process to resolve the conflict.