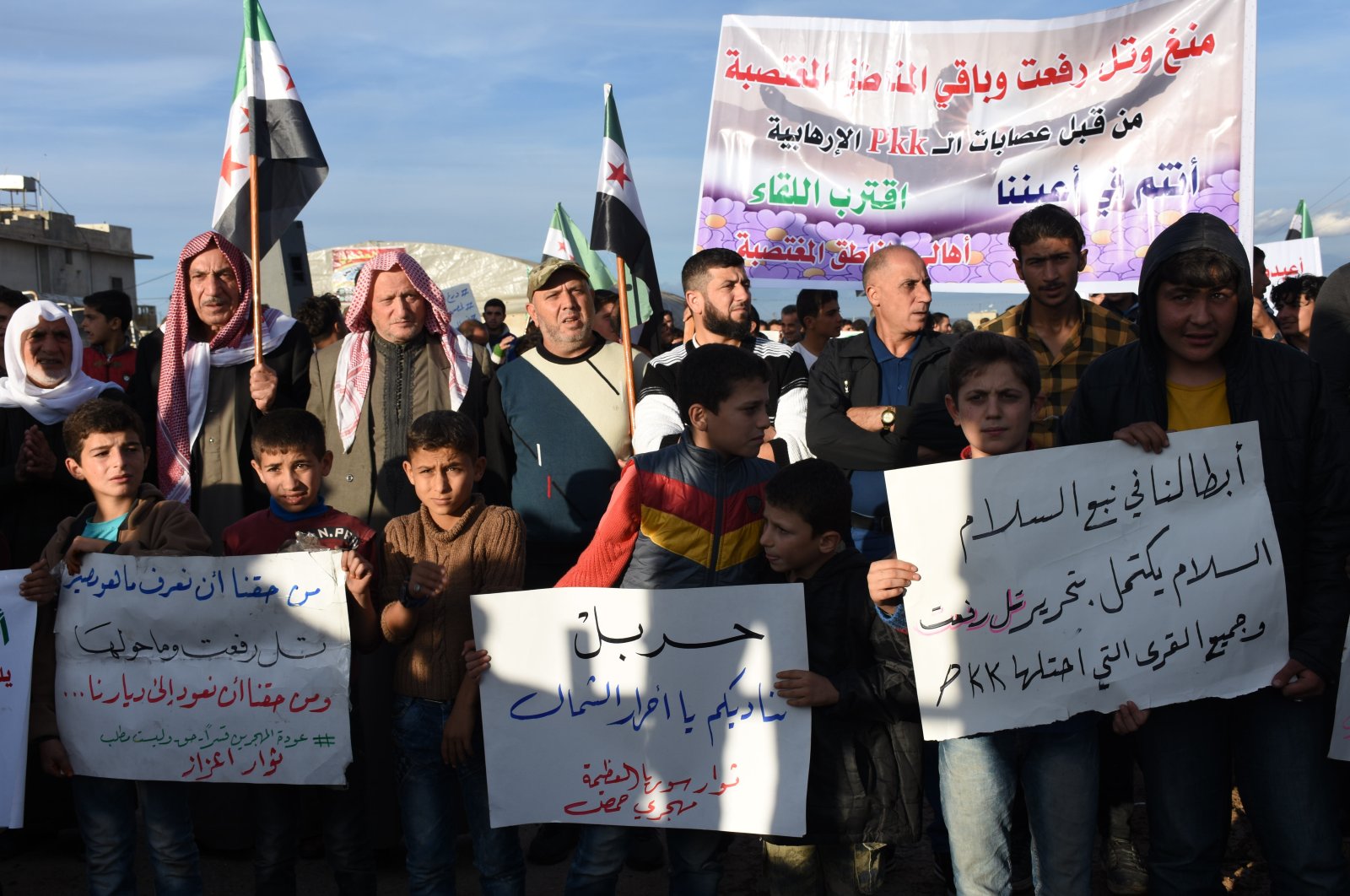 The PKK terrorist group’s Syrian branch, the YPG, detained 61 teachers who refused to follow the curriculum imposed by the terrorists or rejected forceful recruitment in regions occupied by the group in northern Syria.

The Syrian Network for Human Rights (SNHR), which documents human rights violations against civilians in Syria, shared its report on the teachers detained between Jan. 1 and Feb. 15 with Anadolu Agency (AA).

The report states that the YPG detained at least 27 teachers for refusing to implement the curriculum imposed by the terrorist group in schools. Fourteen of them were released after signing a document promising not to digress from the curriculum.

At least 34 other teachers were detained for rejecting the forceful recruitment policy of the group, like many civilians in the areas controlled by the group.

The report said that the terrorist group also put pressure on at least 550 teachers refusing to actively support the group in Deir el-Zour, Raqqa and Hassakeh provinces.

Speaking to the human rights group, Ahmed Shamti, who was detained in Hassakeh's al-Darbasiyah town on Jan. 19, confirmed that he was released after signing the document.

"Security forces loyal to the SDF detained teachers who oppose the group's demands on home raids and at checkpoints on Jan. 19," he said, using another acronym for the YPG-led forces in the region.

After being held in one of the group's centers in al-Darbasiyah for four days, the teachers were released following the demonstrations and pressure, he said.

Halid Omar, another teacher in the region, also told the SNHR that he was expelled from the school after refusing to join the terrorist group.

"Nearly two months ago, our school principal notified me that I was on the SDF's compulsory military service list. Since then, I have not been able to move easily. I could not go to school because the SDF forces raid education centers and detain teachers," he said.

Due to his "fugitive" status, his salary was also cut, he added.

Abdullah Ali from Raqqa is another "fugitive" teacher on the YPG's compulsory military service list. He told the SNHR that he was also threatened with expulsion from the school.

The report stated that at least 3,784 civilians are still being held by the YPG and the fate of at least 2,147 is unknown.

In the Syrian conflict, the YPG has been a key partner of the U.S. against the Daesh terrorist group, despite its NATO ally Turkey's legitimate security concerns. Ankara has long objected to the U.S.' support for the YPG, a group that poses a threat to Turkey and terrorizes local people, destroying their homes and forcing them to flee.

Under the pretext of fighting Daesh, the U.S. has provided military training and given truckloads of military support to the YPG. While underlining that a country cannot support one terrorist group to fight another, Turkey conducted its own counterterrorism operations, over the course of which it has managed to remove a significant number of terrorists from the region.

Locals in YPG-controlled areas have long suffered from its atrocities. The terrorist organization has a lengthy record of human rights abuses, ranging from kidnappings of suspected persons, recruiting child soldiers, torture, ethnic cleansing and forced displacement in Syria.

Also, the YPG's use of child soldiers has been repeatedly documented and criticized by international human rights organizations, including Amnesty International and Human Rights Watch (HRW). The group reportedly tricks parents into giving up their children or outright kidnaps them, taking them to training camps where they are denied contact with their families.

YPG forces still control a large part of the northeast of the war-torn country, but Assad regime forces are also present there, including in the main regional cities of Hassakeh and Qamishli. Damascus and the YPG have mostly coexisted during nearly a decade of conflict.

In recent weeks, however, tensions have risen with each side accusing the other of imposing steep levies or restricting the movement of goods to areas under their respective control.