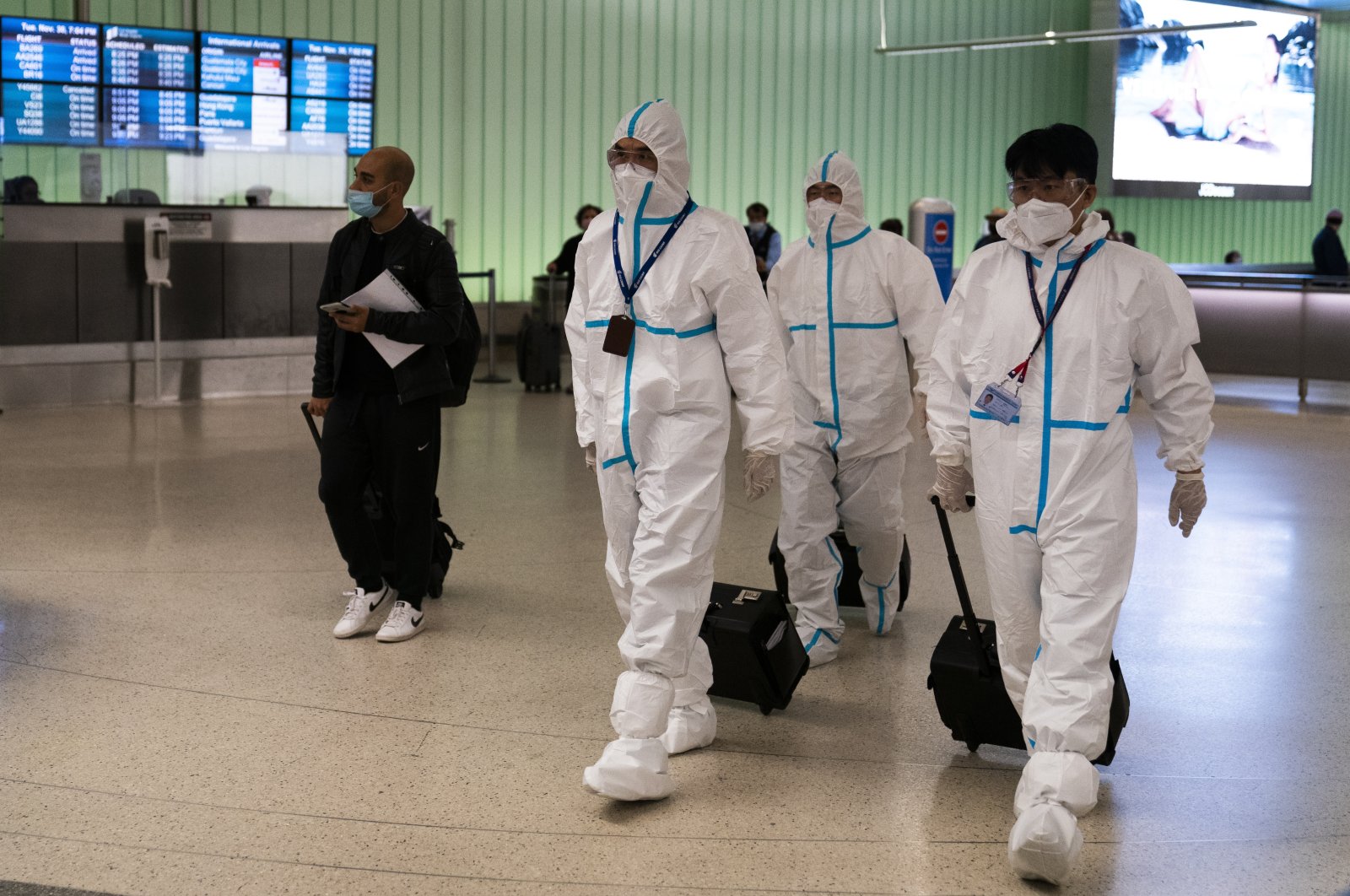 Those traveling to the United States by air will face tougher COVID-19 testing rules, as several countries moved to seal off their borders amid heightened uncertainty around the virulence of the omicron variant and its ability to dodge existing vaccines.

In Asia-Pacific, Japan and Hong Kong said they would expand travel curbs, while Australia braced for more cases of the coronavirus variant after at least two people visited several locations in its biggest city while likely infectious.

In an attempt to stave off hasty border curbs, the World Health Organization (WHO) urged countries to apply "an evidence-informed and risk-based approach" to travel measures, saying "blanket travel bans will not prevent the international spread, and they place a heavy burden on lives and livelihoods."

Investors remained on edge on Wednesday, even as financial markets came off lows plumbed a day earlier following remarks by the CEO of Moderna that raised questions about the efficacy of COVID-19 vaccines against omicron. Global health officials have since offered reassurances and reiterated calls for people to get vaccinated.

"Even if the new variant becomes more widespread, the vaccines we have will continue to provide protection," European Medicines Agency Executive Director Emer Cooke said.

Laboratory analyses should indicate over the next two weeks whether the blood of vaccinated people has sufficient antibodies to neutralize the new variant, Cooke said, echoing remarks by vaccine maker BioNTech and scientists. BioNTech's CEO Uğur Şahin said the vaccine it makes in a partnership with Pfizer would likely offer strong protection against severe illness from omicron.

Britain and the United States have both pushed their booster programs in response to the new variant.

First reported in southern Africa a week ago, omicron has triggered global alarm, roiled markets, led to travel bans and highlighted the disparity between massive vaccination pushes in rich nations and sparse inoculation in the developing world. Some 56 countries were reportedly implementing travel measures to guard against omicron as of Nov. 28, the WHO said.

"I well understand the concern of all countries to protect their citizens against a variant that we don't yet fully understand," WHO head Tedros Adhanom Ghebreyesus said. "But I am equally concerned that several member states are introducing blunt, blanket measures that are not evidence-based or effective on their own, and which will only worsen inequities," Ghebreyesus added.

On Wednesday Nigeria, Norway and Saudi Arabia detected their first case of the omicron coronavirus variant.

"One case of the omicron variant has been detected in the kingdom – it was a citizen coming from a North African country," the ministry official told the state SPA news agency. "He has been put in isolation, as have his contacts, and the necessary health measures have been taken."

Norway has identified its first two cases of the new coronavirus variant, the west coast municipality of Oeygarden and the health ministry said on Wednesday. The two people who were infected had been on a trip to South Africa. Both of them were currently recovering from the infection, Oeygarden Mayor Tom Georg Indrevik said in a statement. The municipality of close to 40,000 people had recently seen a rise in infections of other variants of COVID-19, and would now further tighten its local restrictions to control the outbreak, it said.

Norway on Friday imposed a quarantine on any travelers arriving from South Africa or neighboring countries, following a similar decision by neighboring Denmark and many other countries around the world.

The United States is moving to require that all air travelers entering the country show a negative COVID-19 test performed within one day of departure, the Centers for Disease Control and Prevention (CDC) said late on Tuesday. Currently, vaccinated international travelers can present a negative result obtained within three days from their point of departure. The new one-day testing requirement would apply to U.S. citizens as well as foreign nationals.

The CDC classifies about 80 foreign destinations as "Level Four," its highest level of COVID-19 transmission, and discourages Americans from traveling to those destinations.

In Asia, Japan, which had already shut its borders to all newly entering foreigners, said it would expand its ban to foreigners with resident status from 10 African countries including South Africa. Hong Kong will expand its entry ban for nonresidents to three more countries, Japan, Portugal and Sweden, from Friday.

South Korean Interior and Safety Minister Jeon Hae-cheol called for tighter virus prevention measures to head off omicron, after suspected cases entered from Nigeria. The country, which reported a daily record of over 5,000 COVID-19 cases, has not detected any confirmed cases of the omicron variant so far. Global airlines are preparing for fresh volatility, analysts said, as omicron could force them to adjust schedules and destinations at short notice.

"It feels a little bit like we are back to where we were a year ago and that's not a great prospect for the industry and beyond," Deidre Fulton, a partner at consultancy MIDAS Aviation, said at an industry webinar.