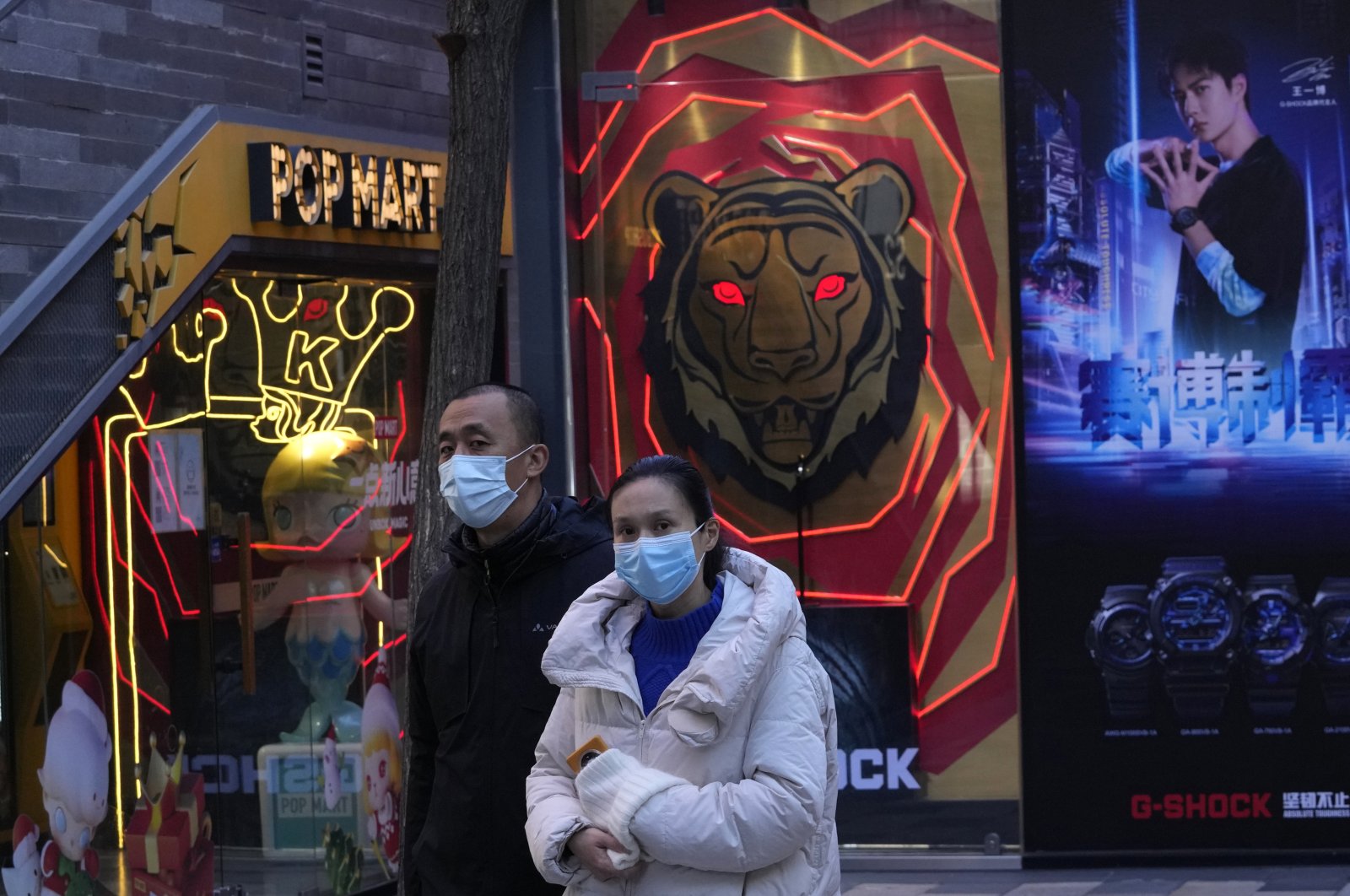 Health experts have linked the emergence of the omicron variant to vaccine inequality, highlighting continuing and fundamental risks to everyone due to organizations and states that have neglected their responsibility in addressing the gap between rich and poor countries in the fight against the coronavirus pandemic

The emergence of the new omicron variant and the world's desperate and likely futile attempts to keep it at bay are reminders of what scientists have been warning of for months: The coronavirus will thrive as long as vast parts of the world lack vaccines.

The hoarding of limited COVID-19 shots by rich countries – creating virtual vaccine deserts in many poorer ones – doesn’t just mean risk for the parts of the world seeing the shortages; it threatens the entire globe.

That's because the more the disease spreads among unvaccinated populations, the more possibilities it has to mutate and potentially become more dangerous, prolonging the pandemic for everyone.

"The virus is a ruthless opportunist, and the inequity that has characterized the global response has now come home to roost,” said Dr. Richard Hatchett, CEO of CEPI, one of the groups behind the United Nations-backed COVAX shot-sharing initiative.

Perhaps nowhere is the inequality more evident than in Africa, where under 7% of the population is vaccinated. South African scientists alerted the World Health Organization (WHO) to the new omicron variant last week, though it may never be clear where it first originated. Researchers are now rushing to determine whether it is more infectious or able to evade current vaccines.

COVAX was supposed to avoid such inequality – but instead, the initiative is woefully short of shots and has already abandoned its initial goal of 2 billion doses.

Even to reach its scaled-back target of distributing 1.4 billion doses by the end of 2021, it must ship more than 25 million doses every day. Instead, it has averaged just over 4 million a day since the beginning of October, with some days dipping below 1 million, according to an Associated Press (AP) analysis of the shipments.

Shipments in recent days have ramped up, but nowhere near the amount needed.

Meanwhile, richer nations often have a glut of shots, and many are now offering boosters – something the WHO has discouraged because every booster is essentially a dose that is not going to someone who's never even gotten their first shot. Despite the U.N. health agency's appeal to countries to declare a moratorium on booster shots until the end of the year, more than 60 countries are now administering them.

"What it highlights are the continuing and fundamental risks to everyone associated with not seriously addressing the inequalities still at play globally in the fight against disease and poor health," said Dr. Osman Dar, director of the One Health Project at the Chatham House think tank.

Anna Marriott, health policy manager for Oxfam, said COVAX was limited from the outset after being pushed to the back of the vaccine queue by rich countries.

"The COVAX team may be delivering as fast as they can, but they can’t deliver vaccines they haven’t got,” Marriott said.

Just 13% of vaccines COVAX contracted for and 12% of promised donations have actually been delivered, according to calculations by the International Monetary Fund (IMF) from mid-November. About a third of the vaccines dispensed by COVAX have been donations, according to the vaccine alliance known as Gavi, and the initiative is now partly a clearinghouse for those donated doses, the very situation it was set up to avoid.

Last week, COVAX sent out a news release praising a European Union pledge to ship 100 million vaccines to Africa by the end of the year – but only one-twentieth of that amount was actually on planes.

Asked about the logistical challenges of distributing the other 94 million doses in only six weeks, Aurelia Nguyen, managing director of COVAX, maintained that arrangements "are in place to move a vast number of doses between now and the end of the year."

In a statement, she said the issue was ensuring that "conditions are right on the ground for doses to be administered.”

In minutes released ahead of an executive meeting this week, Gavi fretted that the perception that rich countries are dumping older or lesser vaccines on poor countries could undermine the whole project. On Monday, in a joint statement with WHO and the African Union among others, it admonished that "the majority of the donations to date have been ad hoc, provided with little notice and short shelf lives.”

Fury over dose dumping is already very real. In Malawi and South Sudan, tens of thousands of out-of-date doses were destroyed.

But it's not just getting the vaccines into poorer countries that's a problem, according to some experts. COVAX is "falling short on getting vaccines from the (airport) tarmac into people’s arms,” said Dr. Angela Wakhweya, senior director for health equity and rights at CARE.

Authorities in Congo, for instance, returned their entire COVAX shipment this summer when they realized they would not be able to administer doses before they expired.

In a "risk management” report on COVAX, Gavi warned that "poor absorption” of vaccines by developing countries could lead to "wastage” of some doses. One problem is logistics – just getting the doses in the right country at the right time. But just as important is the ability of often underfunded national health systems to distribute the shots where they're most needed, along with syringes and other necessary gear. A third issue is persuading sometimes hesitant people to get the vaccines.

WHO's Director-General Tedros Adhanom Ghebreyesus, however, has disputed distribution as a problem, saying the only obstacle to immunization in poor countries is supply.

Most COVAX doses distributed so far have been AstraZeneca’s vaccine, a shot that has yet to be authorized in the U.S. and whose botched rollout in Europe helped fuel anti-vaccine sentiment when the vaccine was linked to rare blood clots. The vaccines mostly used in the U.S. and much of Europe – made by Pfizer-BioNTech and Moderna – have only been available in tiny amounts via COVAX.

The U.S., which blocked vaccine sales overseas and exports of key ingredients for months, has donated 275 million doses in all, more than any other country, but the vast majority of the Biden administration's 1.1 billion pledge has a deadline of September 2022. The European Union, which has generally allowed vaccines manufactured in the bloc to be sold anywhere in the world, has actually delivered about a third of its 500 million promised doses.

India said Monday it had supplied more than 25 million doses of domestically made shots to 41 African countries after China pledged 1 billion doses to the continent. India and China have close ties with many African countries, but Beijing has pumped much more money into the region and on Monday promised to invest another $10 billion.

"The Government of India stands ready to support the countries affected in Africa in dealing with the omicron variant, including by supplies of Made-in-India vaccines," the foreign ministry said in a statement, according to Reuters. "Supplies can be undertaken through COVAX or bilaterally."

It said the government had cleared all orders placed by COVAX for supplies of the AstraZeneca vaccine to countries such as Malawi, Ethiopia, Zambia, Mozambique, Guinea and Lesotho, apart from delivering doses of the home-grown Covaxin shot to Botswana. It did not say how many doses have been approved recently.

"Any new requirement projected either bilaterally or through COVAX will be considered expeditiously," it said, also promising the supply of life-saving drugs, test kits, gloves, PPE kits and medical equipment such as ventilators as required.

Efforts to ramp up global production beyond a select group of manufacturers have stalled, which many activists and scientists blame on pharmaceutical companies' opposition to waive intellectual property rights for the highly lucrative vaccines.

COVAX's failure to deliver anywhere close to enough vaccines has led some to wonder if it's worth the effort to fight for the shots, given that the pandemic has so far not devastated Africa as many had initially feared – and has often been the worst in richer nations. That's a strategy few public health officials would endorse.

"I think what Africa could do to really shame the world is to stop asking for vaccines,” said Christian Happi, a Nigerian virologist who sat on the scientific advisory board of the CEPI. "The vaccines have not arrived, and anyways it may turn out that we don’t need them as much as the West.”