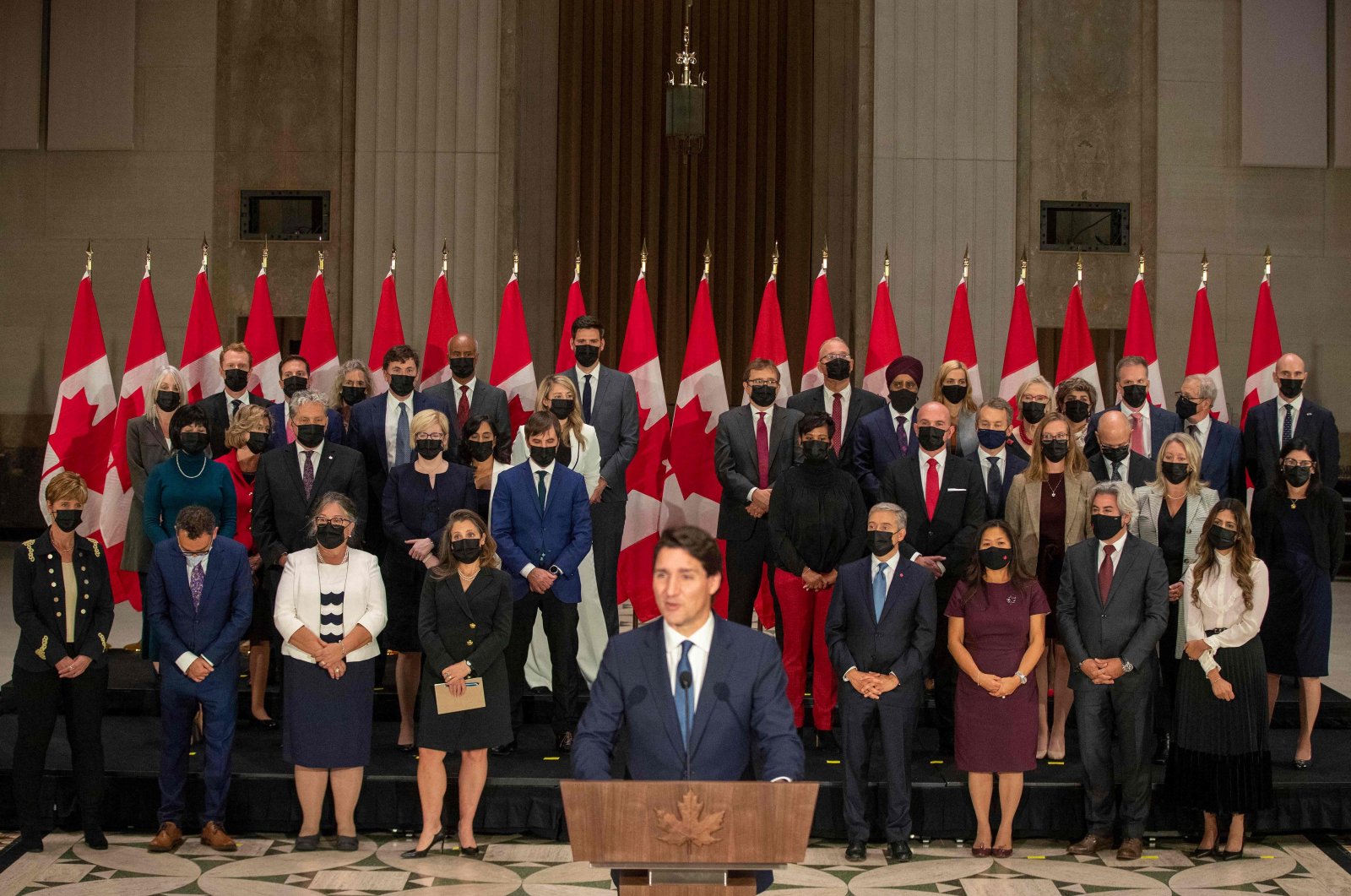 Maintaining that he intends to lead his party into the next election, Canadian Prime Minister Justin Trudeau Tuesday overhauled his gender balanced cabinet, naming women to the foreign affairs and defense posts.

Women make up half of the Cabinet, as they have done since Trudeau’s Liberal government was first elected in 2015.

Trudeau gave an emphatic “Yes” when asked if he will lead his party into the next election. Trudeau has won three straight elections, but failed to win a majority of the seats in parliament in the last two elections. His Liberal party has to rely on at least one party to pass legislation and to remain in power in a minority parliament.

Trudeau also created a new role, a minister of mental health and addictions. Carolyn Bennett has been tapped to take on the role.

Harjit Sajjan, heavily criticized for his handling of sexual misconduct allegations in Canada’s military, is leaving the defense portfolio to take up a new post in international development.

Steven Guilbeault, who once worked for Greenpeace, has been named environment minister, a move that could cause concern in the oil-rich province of Alberta.

Only 10 ministers in Trudeau’s last cabinet are staying put. The cabinet adds up to 39 ministers, including Trudeau.

Canadians gave Trudeau’s Liberal Party a victory in parliamentary elections last month, but his gamble to win a majority of seats failed and the result was remarkably similar to the election two years ago.