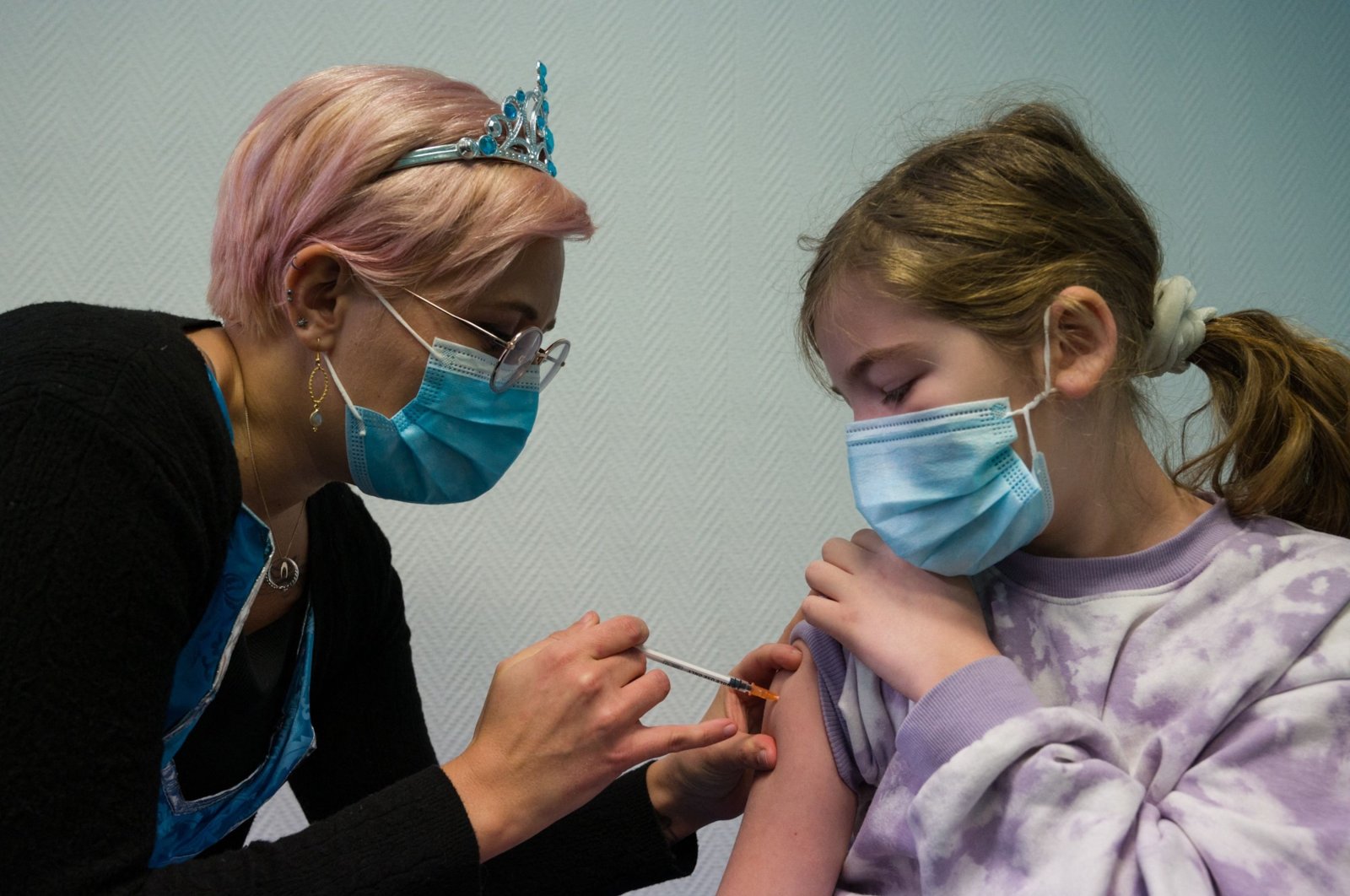 British regulators gave the Pfizer-BioNTech COVID-19 vaccine the greenlight for children aged 5 to 11, as the country reported over 100,000 new daily cases for the first time ever amid the omicron surge.

The developments came after the government said it was cutting the isolation period required for positive cases while Wales and Northern Ireland followed Scotland in unveiling new post-Christmas curbs, primarily around hospitality and large events.

Britain's Medicines and Healthcare products Regulatory Agency (MHRA) said it had approved a new lower-dose formulation of the Pfizer-BioNTech shot after finding it was "safe and effective" for children aged 5 to 11.

MHRA chief executive June Raine said there was "robust evidence to support a positive benefit risk for children in this age group."

The "overwhelming majority" of reported side effects from the two-shot "age-appropriate" jab related to mild symptoms, such as a sore arm or a flu-like illness, she added.

The Joint Committee on Vaccination and Immunisation, which advises U.K. health departments on immunization, said it was now recommending a primary course of the vaccination be offered to some within the age group.

Britain is in the midst of a stepped-up booster campaign, as it tries to minimize the impact of weeks of rising omicron infections.

On Wednesday the country surpassed 30 million third doses administered as it aims to offer the additional jab to all adults before the end of the year.

The omicron variant is now the dominant strain of the virus across the U.K. – already one of the hardest hit in Europe, with a death toll of nearly 148,000 – as daily cases reach record levels.

It announced 106,122 new infections Wednesday, the highest figure since mass testing began in the summer of last year.

Earlier, the government said people who have tested positive can stop self-isolating after seven days instead of 10 if they have taken two negative lateral flow tests.

Amid the skyrocketing case numbers, it could potentially allow many more to join family Christmas celebrations.

In Wales, socializing in pubs, cinemas and restaurants will be limited to groups of six people or less, while mandatory table service and providing contract tracing details will return.

In Northern Ireland, nightclubs will have to close at 8 p.m., alongside guidance to limit contacts with different households.

It follows Scotland announcing renewed rules there Tuesday, which also come into force on Dec. 26 for at least three weeks, and cap attendance at outdoor events at 500.

The move means the pandemic has forced the cancellation of Edinburgh's hugely popular New Year's Eve street party for the second successive year.

The embattled leader, reeling from weeks of scandals and setbacks – plus growing discontent in his own party – has said he wants more evidence on omicron's severity and ability to evade vaccines.

Molnupiravir, sold as Lagevrio, is part of a national trial run by the University of Oxford that people can join if they have virus symptoms.

Britain was the first country in the world to approve it last month and the authorities will make it available to those at high risk of severe illness, such as people with cancer.

Pfizer's pill, marketed as Paxlovid, has yet to be authorized anywhere in the world.

The company said Tuesday that clinical trials showed it reduced hospital admissions and deaths among at-risk people by almost 90% when taken a few days after symptoms began.