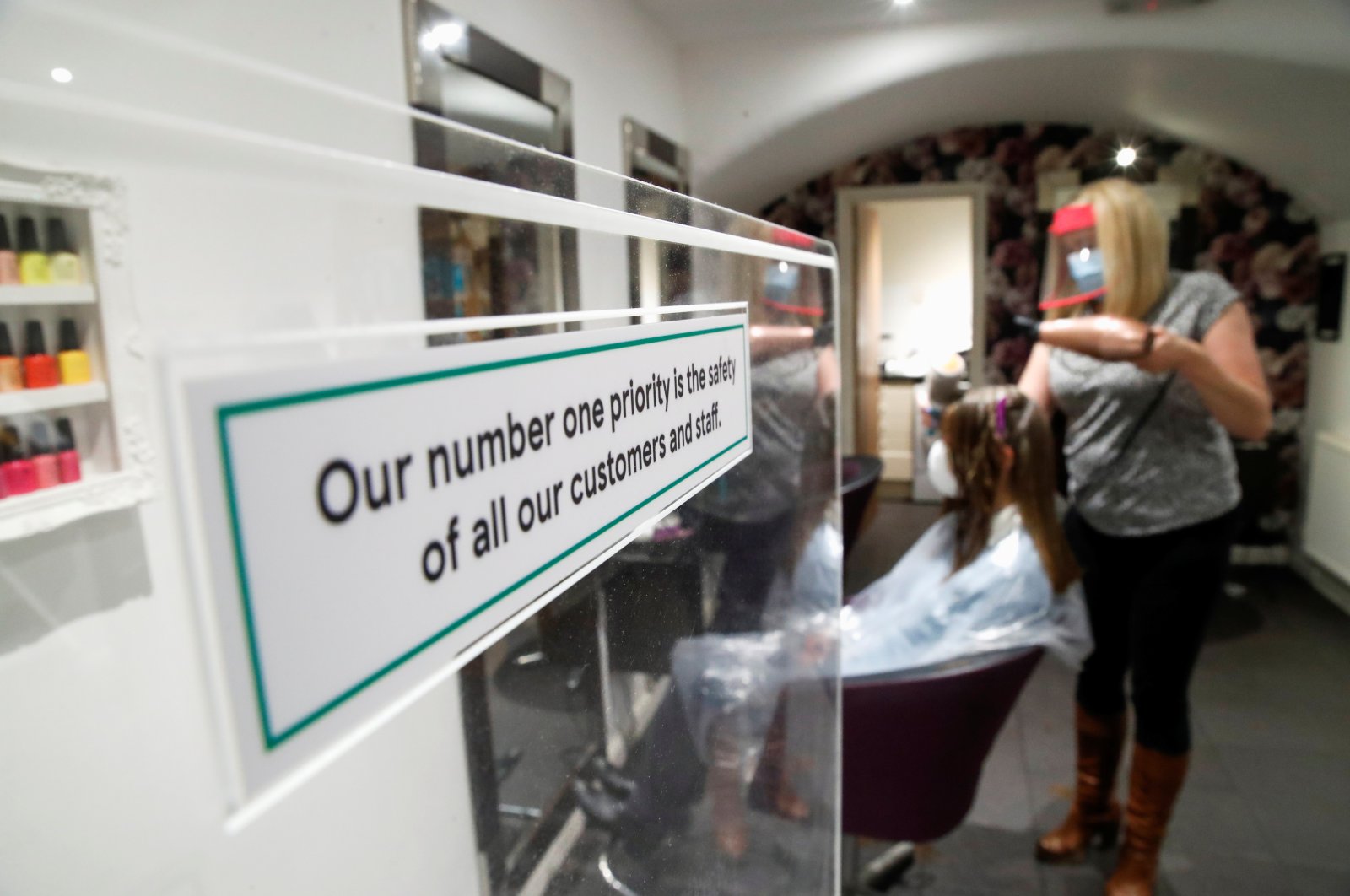 In a major easing of COVID-19 restrictions, Britain is set to allow pubs and restaurants to partially reopen Monday, as India moved to ban exports of a virus treatment drug as a record surge of cases overwhelms the country's health care system.

The contrast in their fortunes comes as other nations grapple with mounting cases and vaccine rollouts hampered by rising cases and efficacy as the global death toll tops 2.9 million.

Prime Minister Boris Johnson hailed the easing as a "major step" towards normal life resuming in the country once the worst affected in Europe, following a successful vaccination campaign and lockdown measures that have cut deaths by 95% and cases by 90% from January highs.

But India, the world's second-most populous country, has experienced a sharp rise in cases after several weeks of religious festivals, campaign rallies and lax mask-wearing.

The government is desperate to avoid a hugely unpopular second lockdown but many states are tightening the screw. In worst-hit Maharashtra and its capital Mumbai, restaurants are shut and public gatherings of more than five people are banned.

The health ministry said the surge has led to a "spike in demand" for the antiviral drug Remdesivir, forcing the ban on its export despite a World Health Organization-backed study saying it has "little or no effect" on COVID-19 mortality.

Concerns over the side effects and effectiveness of tested and approved vaccines continue to rattle nerves elsewhere.

Australia abandoned its goal to inoculate almost its entire population by the end of the year after new medical advice that people under 50 should take Pfizer's vaccine instead of AstraZeneca over a potential link to blood clots.

Fears over the effectiveness of the vaccine manufactured by China's Sinovac were brushed aside by Beijing on Sunday after a top disease control official suggested the country's vaccines "don't have very high rates of protection".

In Brazil, a study revealed that the number of COVID-19 patients under 40 in intensive care surpassed older groups last month, driven partly by a new coronavirus variant known as P1.

With over 350,000 fatalities, Brazil has the second-highest death toll in the world, with its president Jair Bolsonaro – who has railed against stay-at-homes measures – under huge pressure for his handling of the crisis.

As the Latin American country's crisis rolls on, officials in Rio de Janeiro, one of its hardest-hit states, were forced to apologize Sunday after their COVID-19 vaccination ad campaign became the butt of online jokes for showing a man wearing a mask upside down.

In Asia, almost 40 Thai provinces introduced new restrictions for people traveling from Bangkok and other coronavirus hotspots ahead of a holiday travel period, as the capital grapples with soaring infections.

Japan on Monday imposed new virus measures on Tokyo to bring down surging cases less than 100 days before the 2020 Olympic Games begin.

It also started vaccinating the elderly as the country's inoculation program, criticized for its slow pace, kicked up a gear. Vaccines will be offered to people aged 65 or older.

So far, just 1.1 million people have had at least a first dose of vaccine in Japan, with only the Pfizer formula so far approved.

There were glimmers of hope in some corners of Europe Monday even as Germany announced it had passed three million infections, with several countries easing some restrictions for lockdown-weary residents and a vaccination campaign expanding in France.

The continent's worst-hit country was to offer Johnson & Johnson and AstraZeneca jabs to over 55s from Monday, widening its inoculation campaign after a slow start.

Epidemiologists have warned that vaccinations alone are not enough to beat back France's stubbornly high infections numbers, and have called for schools to remain closed.

On Monday, Italy was to lift its lockdown in Lombardy, its worst-hit region, and several other regions with improving contagion statistics.

The regions will be reclassified from "red zone" areas to "orange" areas, where people face fewer travel curbs, shops can reopen, although a ban on dining in bars and restaurants remains.

Ireland will on Monday ease restrictions for the first time this year after more than 100 days of lockdown, while Slovenia will ease coronavirus restrictions and suspend a six-month curfew.