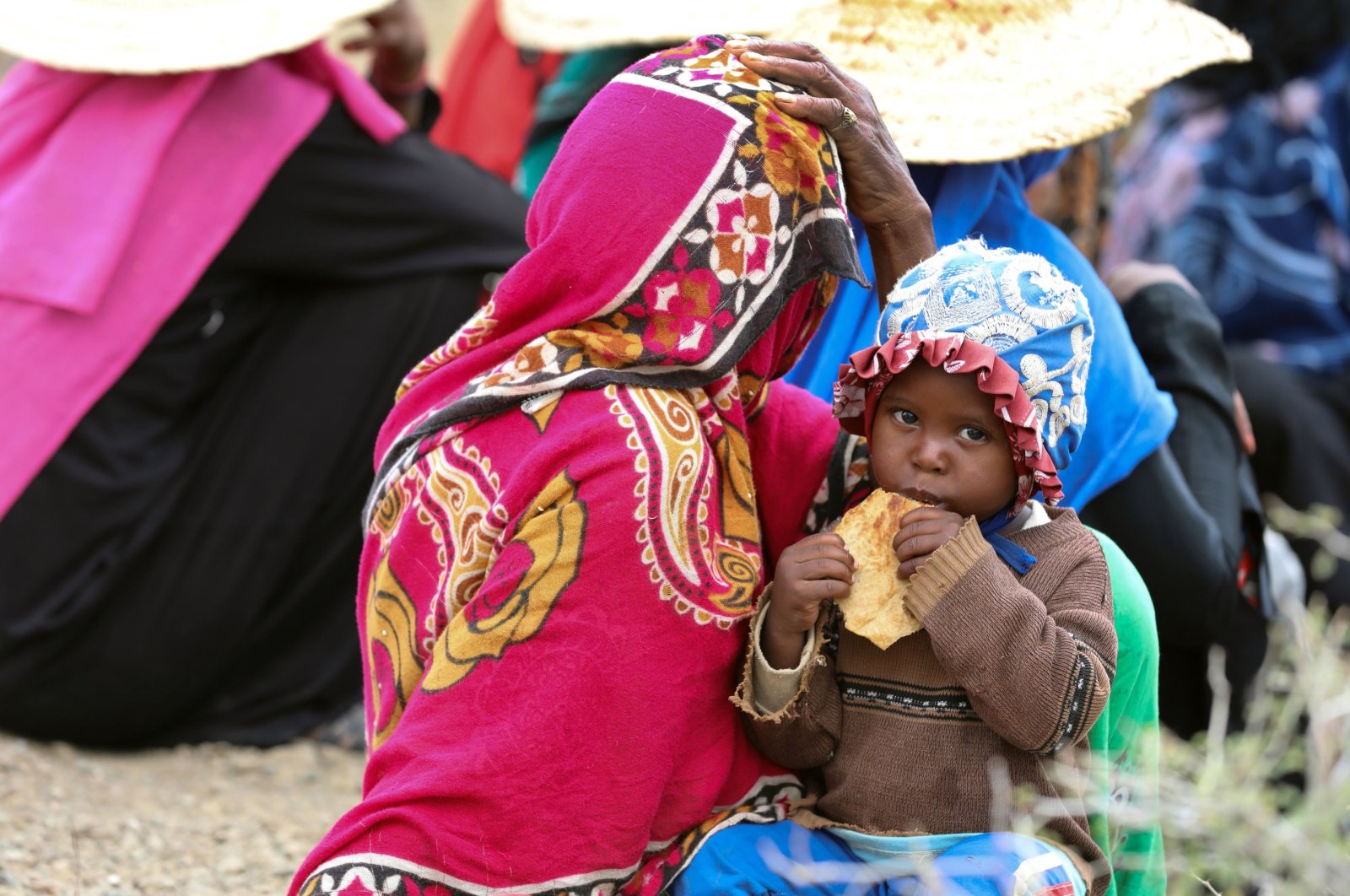 Displaced Yemenis at a makeshift camp for people who fled fighting between Houthi rebels and the Saudi-backed government forces, in Yemen's third-largest city Taez, on Jan. 18, 2021. (AFP Photo)
by Agencies Jan 25, 2021 12:03 pm
RECOMMENDED

Protracted and messy wars have left over 600 million women and children worldwide without access to essential health care, according to estimates published in The Lancet medical journal.

The authors shared that by 2019 there were 54 "state-based armed conflicts" in 35 countries, averaging 20 years or more which present a "growing threat to humanitarian access and the delivery of essential health services, affecting at least 630 million women and children."

The research team, from nine institutions, including Stanford University and the London School of Hygiene & Tropical Medicine, estimated that by 2017, 10% of the world's women and 6% of children "were either forcibly displaced or living dangerously close to conflict zones."

From 2009-2017, the number of women and children displaced by fighting jumped from around 30 million to over 50 million, with factors such as "population growth, more conflicts, increasing use of explosive and chemical weapons in urban areas" driving the rise.

"The new estimates provide compelling evidence of the enormous indirect toll of modern warfare caused by easily preventable infectious diseases, malnutrition, sexual violence and poor mental health, as well as the destruction of basic services such as water and medical facilities," said professor Zulfiqar Bhutta from the Centre for Global Child Health. "Today, more than half of the world's women and children are living in countries experiencing active conflict. The international community cannot continue to ignore their plight. It's time for a radical rethink of the global response that confronts challenges to insecurity, access, politics, coordination and the logistics of delivering high-priority interventions to women and children in politically unstable and insecure settings."

Wars, the researchers said, are increasingly characterized by "a lack of respect for International Humanitarian Law" and tarnished by "the systematic use of explosive and chemical weapons in cities (and) pervasive sexual violence against women and girls" – in turn bringing "new challenges to humanitarian access, the delivery of health services and the protection of humanitarian workers and health facilities from attack."

"It is clear that the indirect effects of armed conflict on women and children are far greater than the effects of actual fighting," co-author Dr. Hala Ghattas of the American University of Beirut said, according to remarks carried by the Deutsche Presse-Agentur (dpa).

The U.N. children's agency UNICEF said Sunday that ongoing conflicts in war-ravaged Syria have deprived more than 2.4 million of education, with a third of schools in ruins or commandeered by fighters. The figures are a sharp rise from previous estimates when UNICEF said a third of Syrian children were out of school.

"After almost ten years of war in Syria, more than half of children continue to be deprived of education," UNICEF said in a statement, estimating there are over 2.4 million children are out of school inside the country. "This number has likely increased in 2020 due to the impact of the COVID-19 pandemic, which exacerbated the disruption to education in Syria," said Ted Chaiban, UNICEF's chief for the Middle East and North Africa, alongside Syria crisis boss Muhannad Hadi, in a joint statement, as Agence France-Presse (AFP) reported.

UNICEF asserted that the education system in Syria is "overstretched, underfunded, fragmented and unable to provide safe, equitable and sustained services to millions of children."

Over 387,000 people have been killed, and more than half of Syria's pre-war population of 20 million have been forced to flee their homes since Syria's civil war erupted in 2011. UNICEF said it confirmed 52 attacks against education facilities last year, bringing to nearly 700 the number of U.N.-confirmed violations against schools and teaching staff.