WHO seeks to be part of China's probe into virus origins 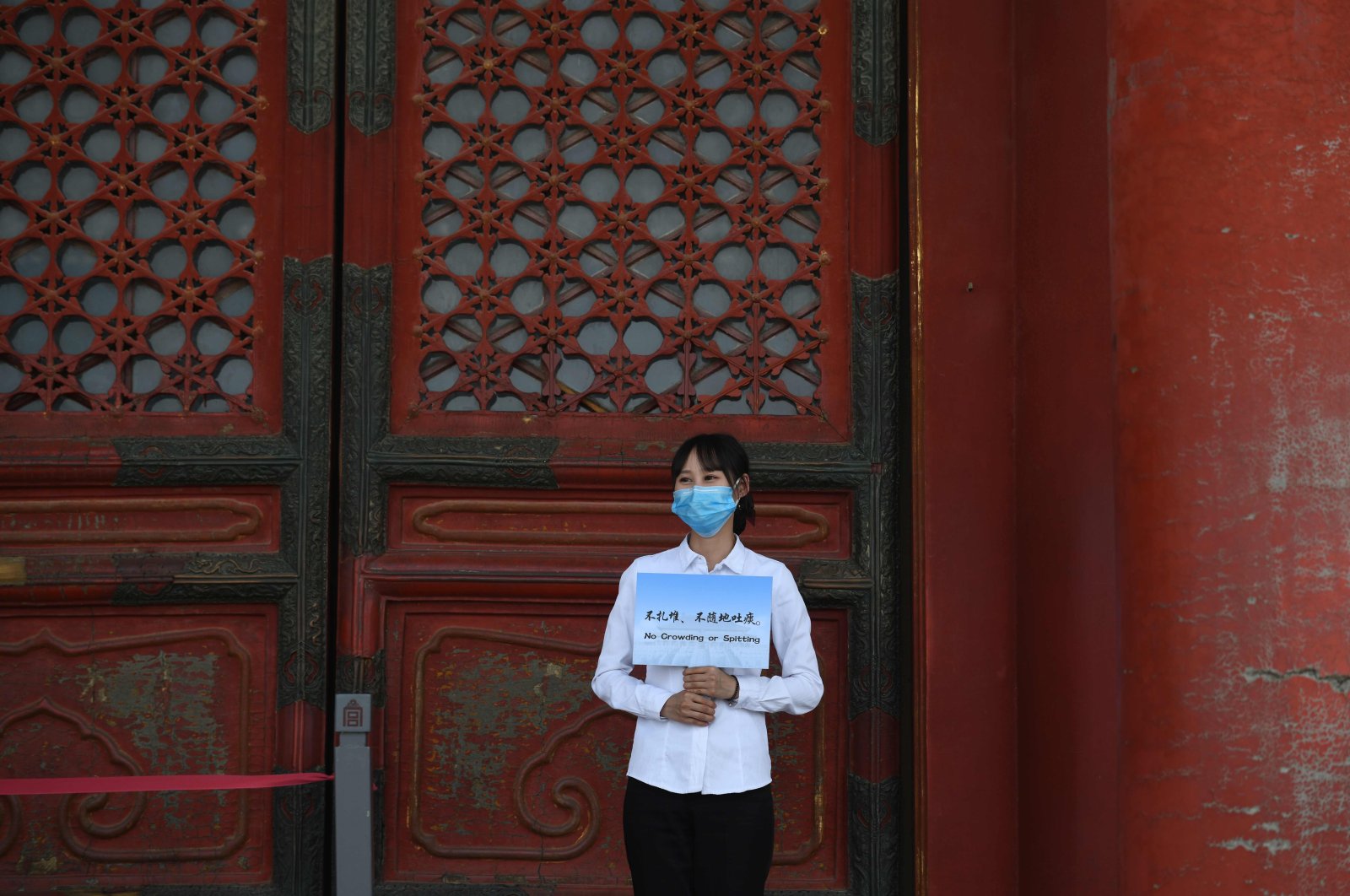 An staff member wears a face mask as a preventive measure against the COVID-19 coronavirus as she holds a "No crowding or spitting" sign in the Forbidden City, the former palace of China's emperors, in Beijing on May 1, 2020. (AFP Photo)
by French Press Agency - AFP
May 01, 2020 1:24 pm

The World Health Organization (WHO) said Friday it hoped China would invite it to take part in its investigations into the animal origins of the novel coronavirus.

"WHO would be keen to work with international partners and at the invitation of the Chinese government to participate in an investigation around the animal origins," WHO spokesman Tarik Jasarevic told AFP in an email.

He said the U.N. health agency understood there were a number of investigations underway in China "to better understand the source of the outbreak," but added that "WHO is not currently involved in the studies in China."

But U.S. President Donald Trump has fuelled speculation and rumors – generally rejected by experts – that the virus may have emerged in a top-secret Chinese lab.

WHO has also faced scathing criticism from Trump, who earlier this month suspended Washington's funding after accusing the WHO of downplaying the seriousness of the outbreak and of kowtowing to China.

The U.N. health agency chief Tedros Adhanom Ghebreyesus did travel with a team to China in late January, where he met with Chinese President Xi Jinping to learn more about the response.

This paved the way, Tedros explained earlier this week, for an international team of scientists to travel there in February to investigate the situation, including experts from China, Germany, Japan, the Republic of Korea, Nigeria, the Russian Federation, Singapore and the U.S.

But as investigations into the origins of the virus have picked up pace in China, the WHO has not been involved.

The ongoing investigations are believed to be looking at "human cases with symptom onset in and around Wuhan in late 2019, environmental sampling from markets and farms in areas where the first human cases were identified, and detailed records on the source and type of wildlife species and farmed animals sold in these markets," Jasarevic said.

He stressed that the results from the virus origin studies were "essential to preventing further zoonotic introductions of the virus that causes COVID-19 into the human population."

"WHO continues to collaborate with animal health and human health experts, countries and other partners to identify gaps and research priorities for the control of COVID-19, including the eventual identification of the source of the virus in China," he said.