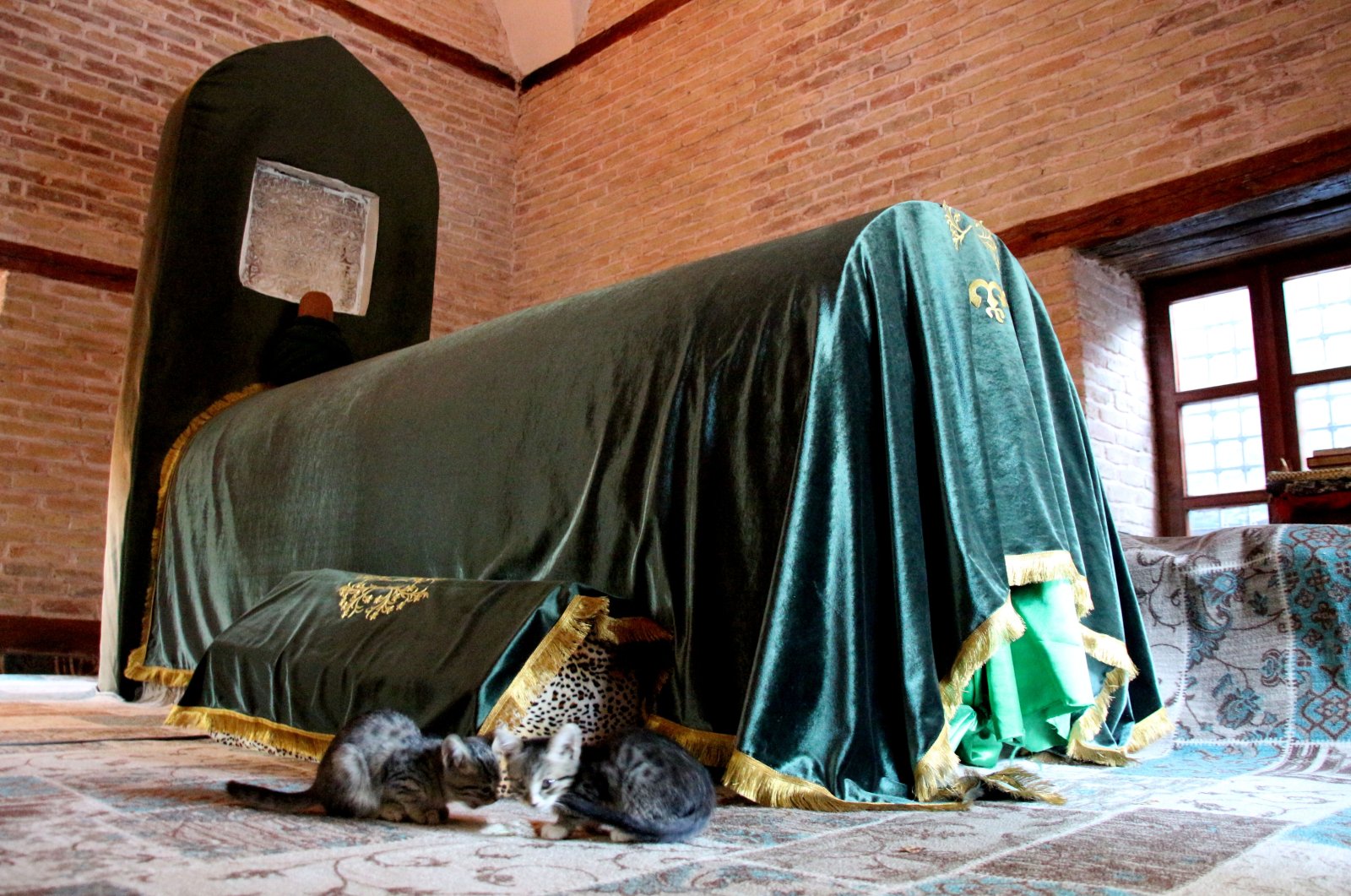 The tomb of Seljuk Sheikh Pir Esad Sultan, who was also known as "Pisili Baba" (Kitten Sheikh) among the people because of his love for cats, in central Konya province welcomes visitors from all over Turkey.

Pir Esad Sultan commissioned a complex featuring a mosque, tomb and zawiya – an Islamic religious school – in the second half of the 13th century. Of the complex structures, only the tomb has managed to survive the test of time.

The tomb houses two sandukas, a type of cenotaph placed over the original graves of distinguished people in Turkish-Islamic tradition, that are believed to belong to Pir Esad Sultan and his beloved cat.

Pir Esad Sultan was a Sufi master known for his love for animals. The sheikh exhibited extreme love for his cat by taking the hadith attributed to Prophet Muhammad as an example: “Affection for cats is a part of faith.” Rumor has it that his cat did not eat for 40 days after his death in 1263 and it was also buried in the tomb of Pir Esad in accordance with the will of the sheikh.

Konya Regional Director of Foundations Nurullah Osmanlı told Anadolu Agency (AA) that Pir Esad was known as a student of great Sufi philosopher Mevlana Jalaladdin Rumi. He continued: “Pir Esad Sultan is a scholar who lived in the middle of the 13th century, corresponding to the period of Seljuq Sultan of Rum Kılıç Arslan IV. Some foundation charters indicate that he was a descendant of Prophet Muhammad by calling him “sayyid,” the honorific title denoting people accepted as descendants of the prophet.”

The regional director also confirmed that Pir Esad’s love for cats was so much that rumor has it that he wanted to be buried under the same tomb with his cat after he passed away.

A figure admired by Pir Esad Sultan was Abdur-Rahman ibn Sakhr Al-Dawsi Al-Zahrani, one of the companions of Prophet Muhammad, who was better known as “Abu Hurairah” (“Father of a Kitten”) in reference to his attachment to cats, Osmanlı explained.

“Just as Abu Hurairah is known as the 'father of cats,' we can call Pir Esad the sultan of cats. He is a Sufi who inspires humanity with his love for animals and, especially for his cat,” he said.