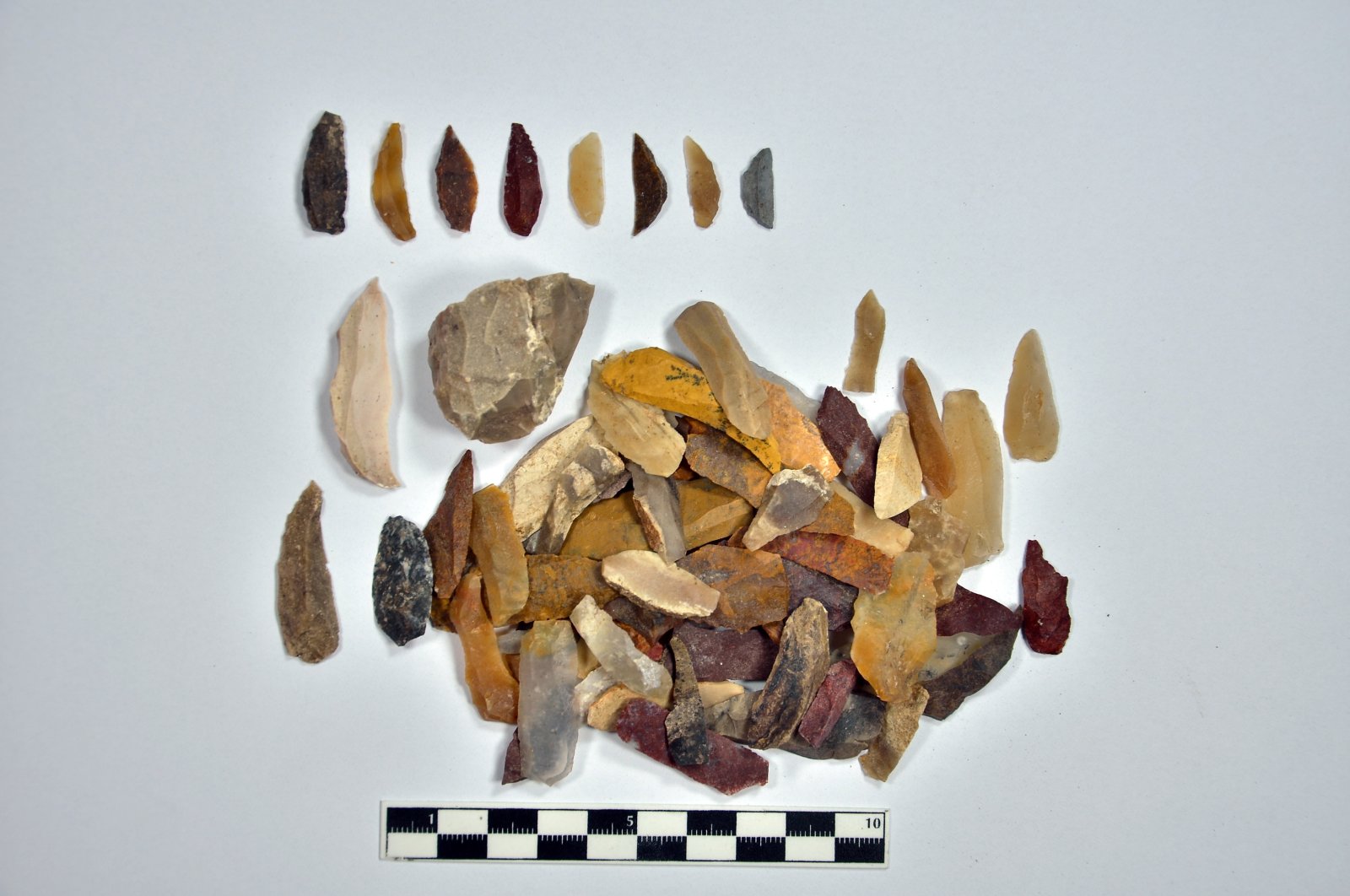 During the rescue excavations carried out in a cave in the Dikili district of western Izmir province, 14,000-year-old stone tools and bone remains were discovered. The findings belong to the Upper Paleolithic Age (Epipalaeolithic).

A team of Turkish and German scientists found that the cave was used as a cult center dedicated to the mother goddess Cybele from as far back as the sixth century B.C. and until the Roman era.

Layers from the Epipaleolithic Period, also known as Mesolithic, were found in the region during surface exploration carried out in tandem with the excavations in the ancient city of Pergamon by the German Archaeological Institute.

The stone tools and bones found in the layers were determined to be 14,000 years old after laboratory tests using the radiocarbon dating method.

Speaking to Anadolu Agency (AA), Professor Felix Pirson, director of the German Archaeological Institute, said the first remains of the Epipaleolithic Period were discovered in western Anatolia during their work.

Pointing out that Anatolia is the land that unites the east and the west in the developments and events throughout history, Pirson continued: "Although the Neolithic Age is relatively known, we have lesser information about the earlier Paleolithic Age of mankind. To date, several areas with Paleolithic finds have been identified in southern and southeastern Anatolia and are still being excavated. However, although surface finds belonging to some periods of the Paleolithic Age are known in Western Anatolia, namely, on the Aegean coasts, no archaeological area with Paleolithic finds was found until today."

Saying that it was a great surprise to find such prehistoric layers in a cave between Dikili and Bergama districts, Pirson said: "The stone tools and bones belonged to an era dating back 14,000 years."

Noting that the cave was used as a short-term settlement or a seasonal campsite visited by Epipaleolithic hunter-gatherer groups rather than a permanent settlement, Pirson added: "The tools that we discovered are made of flint. Although it is possible that the flint raw material was collected from the creek bed in front of the cave, the question of where the hunter-gatherer people of the period got it from has not yet been answered."

According to Pirson, the findings from the latest period in the cave belong to the Byzantine and Ottoman eras.

The artifacts are being examined as part of a long-term study funded by the German Research Institute and supervised by Nilgun Ustura, the director of Turkey’s Pergamon Museum.