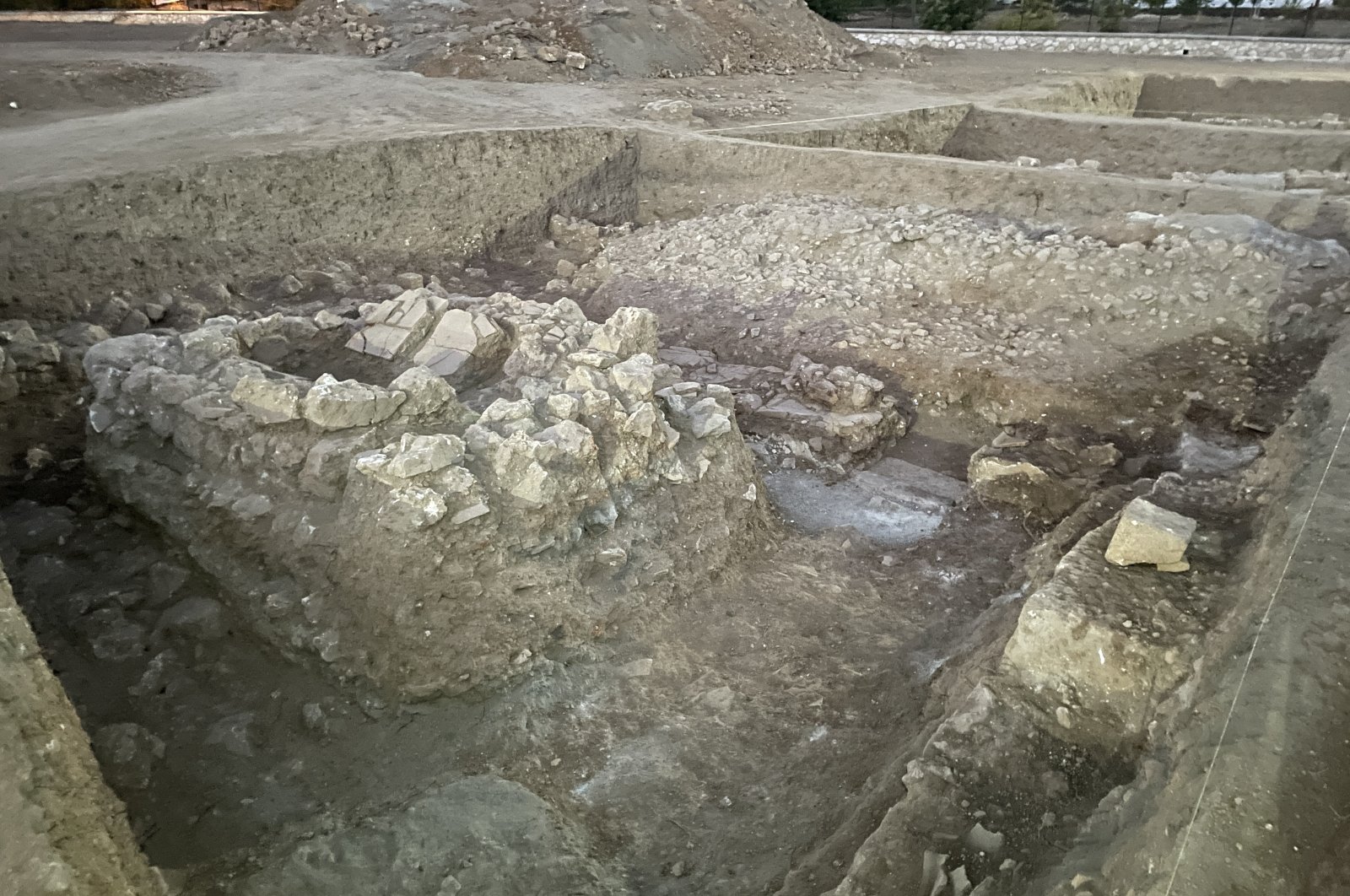 In the ongoing excavations in the ancient city of Perre, located in the southeastern province of Adıyaman, archaeologists found a 1500-year-old bakery structure on Monday.

Started in 2001, the excavations have been carried out at intervals in the ancient city of Perre. A historical Roman fountain, large block stones, water channels and various architectural structures were unearthed in this year’s work. The latest discoveries by the archaeologists in the ancient city are wine workshop areas and a bakery structure created to meet the needs of the people of that period, along with nails belonging to the structure.

Mehmet Alkan, the head of the museum, told Anadolu Agency (AA) that the wine workshop areas and bakery were discovered near the necropolis of the city. Noting that they found hundreds of nails in the bakery structure, Alkan continued: “These nails were used both to connect the door and as decoration.”

A tandoor was also unearthed in the northeastern part of the bakery structure.

Perre was one of the biggest cities of the Kingdom of Commagene. It was an important city in terms of religious and geopolitical aspects. The beauty of the city’s water was mentioned in ancient Roman sources.

The ancient city lost its importance after the Byzantine Period and never regained its former glory. The rock tombs, the main attractions of Perre, were carved into the rocks and have a wonderful appearance. Also, the large mosaics found in the city bear fascinating heart motifs, three-dimensional globe figures and octagonal geometric modules that arouse interest.