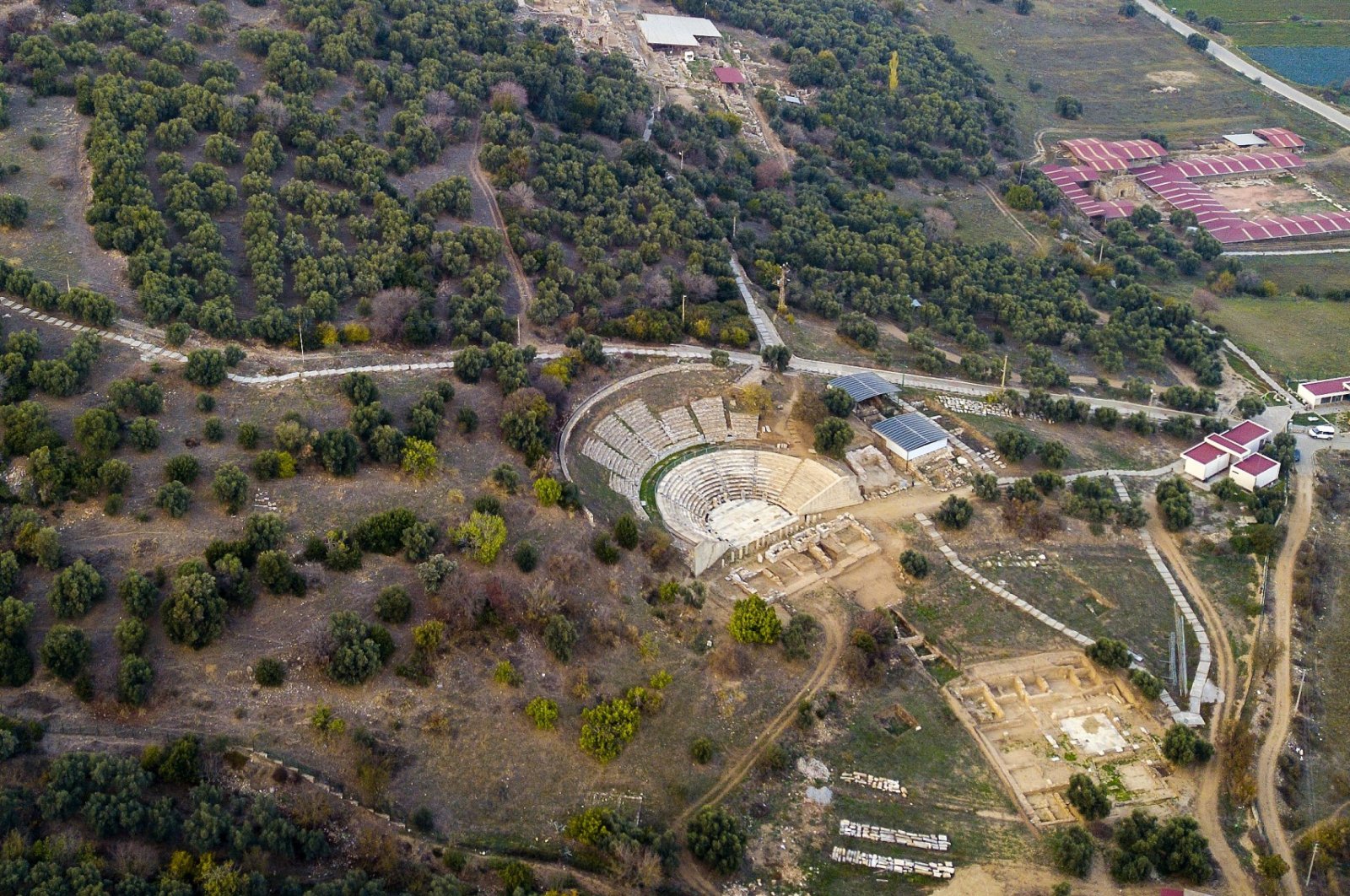 The excavations in the ancient city of Metropolis, supported by the Sabancı Foundation, continue with the permission and contribution of the Ministry of Culture and Tourism in its 31st year. Illuminating the secrets of history, the excavations in the ancient city, located in the Torbalı district of western Izmir province, will focus on public and religious areas such as the city's water infrastructure and churches this year.

According to a statement from the Sabancı Foundation, this year’s excavations are to be carried out under the supervision of professor Serdar Aybek from Manisa Celal Bayar University Archaeology Department. The aim of the excavations is to completely unearth two previously discovered cisterns and thus reveal the ancient city’s water storage complex consisting of four interconnected cisterns.

Nevgül Bilsel Safkan, general manager of Sabancı Foundation, said in the foundation's statement that they have been supporting the excavations of the Metropolis Ancient City for 18 years.

“As Sabancı Foundation, we find the Metropolis ancient city excavation, one of our projects in the field of culture and arts, very valuable because of its contributions to the science of archeology and the fact that it has established a bridge between us and the people who lived on this land from the past to the present," Nevgül said.

"The magnificent female statue found in the first days of the latest excavations, for example, made us very happy for its contributions to archeology and history. We look forward to the discovery of new information on ancient life in Metropolis with this year's excavations," she added.

Excavation head Aybek also said, "We are excited to witness the transformation of a barren hill into an important ancient city and archaeological site here over the years with the excavations we have carried out since 1990.”

The cleaning of the mosaics, which are very well preserved and spread over large areas in the ancient city, will also continue as part of the recent works. The mosaics will be revealed to visitors after the cleaning of the lime layers that have formed on their surface over time, to reveal the rich color and pattern diversity.

The ancient city of Metropolis, which is in the process of being unearthed with excavations carried out since 1990, is located between the Yeniköy and Özbey neighborhoods of the Torbalı district.

The history of Metropolis, known as the “City of Mother Goddess,” stretches from the first traces of Late Neolithic settlements to the Classical Age, from the Hellenistic Age to the Roman and Byzantine periods, the Anatolian beyliks (principalities) and the Ottoman era.

Through the excavations carried out to date, a Hellenistic theater, a Bouleuterion (parliamentary building), a stoa (columned gallery), two bath structures built during the Roman Empire, a bath and palaestra (sports area) complex, a special hall with mosaics, a peristyle house and cisterns that form the historical texture of the ancient city have been found.

In addition, during the excavations of these places, more than 11,000 historical artifacts, including ceramics, coins, glass, architectural pieces, figures, sculptures, bone and ivory artifacts along with various metal items, were unearthed. The artifacts obtained during the excavations are exhibited in the Izmir Archeology Museum, Izmir Museum Of History And Art and Selçuk Ephesus museums.