A journey into Indo-Islamic architecture with masterpieces 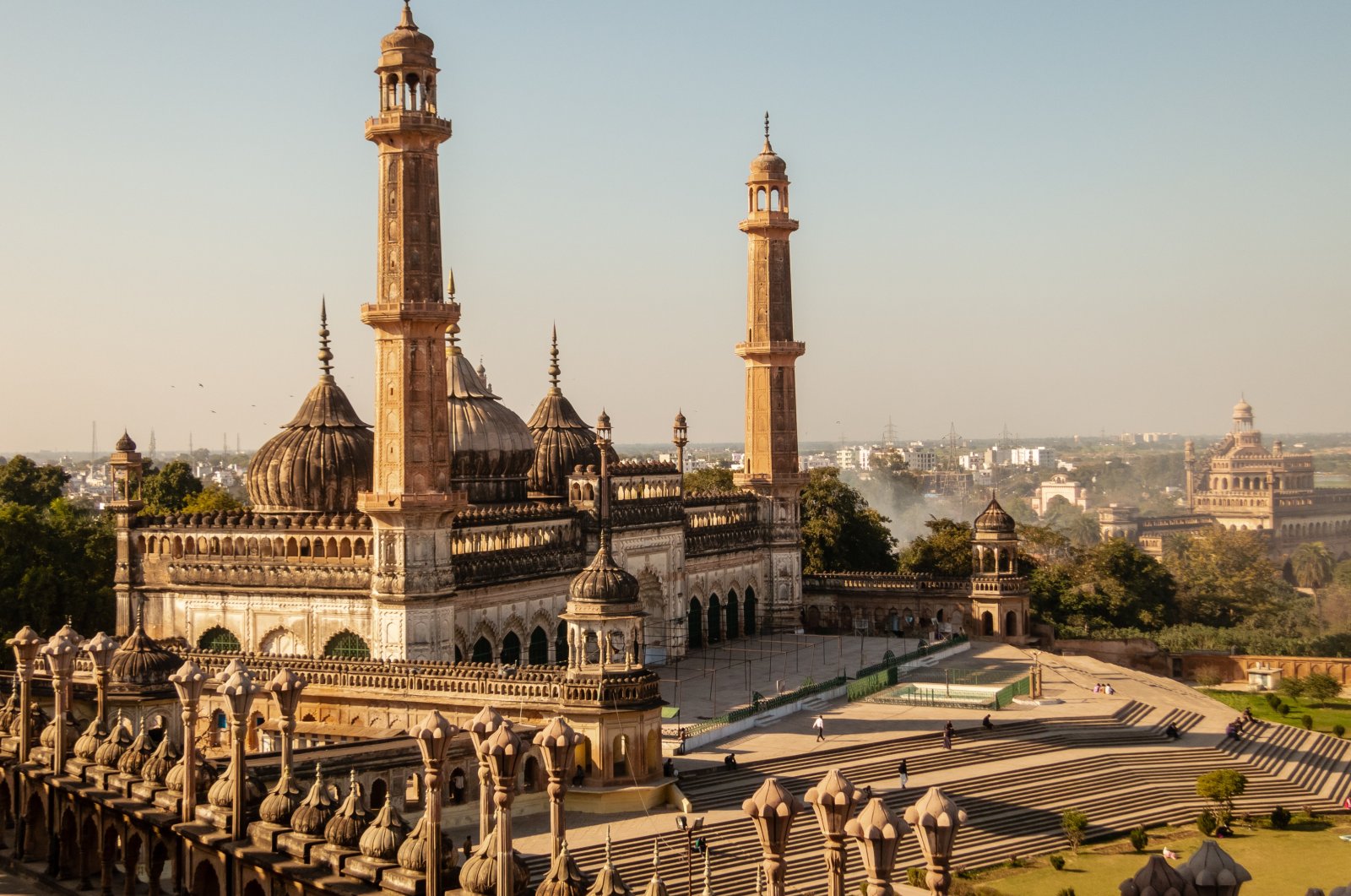 The Bara Imambara of Lucknow is the largest historical monument of Indo-Islamic architecture. (Shutterstock Photo)
by Ambreen Yousuf Jun 13, 2021 1:01 pm

India's cultural and religious treasures not only attract a large number of tourists every year but also draw special attention to the remarkable contribution of Indian civilization to world heritage. Let’s take a look at the traces of Islamic architecture in the country

The protuberant aspect of Turkish architecture is a combination of arch and dome designs on a wide scale. It not only gives an astonishing look, but the dome provides a pleasing skyline view. The arch and dome needed strong cement and the Turks used fine quality light mortar in their buildings. This form of architecture with superior material and mortar became popular in the northern part of India. For decoration, Turks mostly preferred flower inscriptions and the calligraphic scriptures of the Quran, intertwined in a very artistic manner, instead of human or animal figures. In addition to the mortar, red sandstone, yellow sandstone and marble were widely used in construction by Turks. However, in India red stones were expensive and not easily available, therefore architects preferred greystone because it was easily available and cheap.

The striking feature of the architecture of the Tughlaq period, the heyday of Turkish architectural impact in the country, was its way of sloping walls that work to the building. The second feature of the Tughlaq architecture was the deliberate attempt to combine the principles of the arch and the lintel with beams in their buildings. During and after the 14th and 15th centuries, the style of architecture that evolved in Delhi under the Tughlaqs was carried forward and modified in the various regional kingdoms throughout India. For example, the Indian civilization also adopted multiple architectural designs influenced by central Asian and Buddhist cultures during the Mughal period.

The Mecca Masjid of Hyderabad, or Makkah Masjid, is a congregational mosque built around the year 1600. The mosque foundation was laid during the Qutb Shahi dynasty in India with stones or bricks made from the soil brought from Mecca, which gave the mosque its name. Its construction took around 50 years.

Near the entrance of the mosque, there are tombs and graves of Nizams, the 18th-through-20th-century rulers of Hyderabad, which is somewhat similar to the Charminar, which is another landmark in Hyderabad and one of the most recognized structures in India. The domes of the Mecca Masjid are surrounded by minarets located alongside the balconies fitted at the top.

The Masjid-i Jehan-Numa, or the Jama Masjid Delhi, is the second-largest mosque of India located in New Delhi with around a 20,000 worshipper capacity in its courtyard. It was built by Mughal King Shah Jahan with the help of 6,000 workers over six years. Therefore, it was used as the imperial mosque of the Mughal dynasty until their dissolution. The mosque is located 30 steps higher than the street, which provides the mosque a commanding view of the surroundings. There are three large domes fitted on the top at the height of 261 feet (80 meters). The dome is surrounded by two huge minarets on either side. The principal materials of construction are red sandstone and white marble.

Malik Deenar Mosque of Kerala is known to be around 1,300 years old and one of the oldest mosques in India. It is believed to be constructed by Malik Ibn Dinar, or Malik Deenar, the Persian scholar and traveler credited with propagating Islam in the Indian subcontinent, and hence was named after him. It reflects both Islamic architectures and acts as a center of Islam in the west of India. The architecture of the mosque is not similar to the rest of the mosque with domes. It resembles a palace built in the typical Kerala style of architecture but still reflects the Islamic architecture of Persian influence.

Tipu Sultan Shahi Mosque of Kolkata, also known as Tipu Sultan Masjid, was built by Tipu Sultan, the ruler of the Kingdom of Mysore based in southern India, in 1832. While it is another example of the cultural and religious heritage of Islamic architecture in the country, the design of the mosque has a unique combination of European and Mughal architecture. The mosque features 16 glorious domes standing with four minarets. The mosque remains open to people irrespective of religious identity and faith.

The Bara Imambara of Lucknow, also known as Asfi Mosque, is also the largest historical monument of Indo-Islamic architecture. Bearing the traces of Mughal architecture, the mosque has a unique central hall. The hall is huge, arch-shaped and built without any use of girders or beams that support the ceiling. It is one of the largest arched constructions in the world. Besides its unique structure and design, it also provides a panoramic view of Lucknow city.

The Taj Mahal is itself one of the biggest examples of Indo-Islamic architecture in India. It was commissioned in the 17th century by Mughal ruler Shah Jahan in memory of his beloved wife as a symbol of love. This magnificent monument is one of the seven wonders of the world, made up of white marble decorated with calligraphic verses from the Quran. Considered the best example of Mughal architecture, it was designated as a UNESCO World Heritage Site in 1983. The UNESCO site describes the mausoleum as "the jewel of Muslim art in India and one of the universally admired masterpieces of the world's heritage.” One can see the most fascinating view of the Taj Mahal on a night with a full moon.

Along with these Islamic structures, the most striking monuments in India are Quwwat-ul-Islam Mosque and Qutb Minar. While both structures were commissioned by Qutab Ud-Din-Aibak, the founder of the Delhi Sultanate, as part of the Qutb Complex, their architectural features emulate Turkish style. Qutb Minar, constructed in 1500, is a 72.6-meter (238-foot) tall minaret and was built of red sandstones based on the Mamluk architectural style. The Quwwat-ul-Islam Mosque was originally built from the remains of 27 older Hindu and Jain temples and is one of the earliest surviving mosques in India.