After half-century, Turkey's Manuçehr Mosque to call for prayer 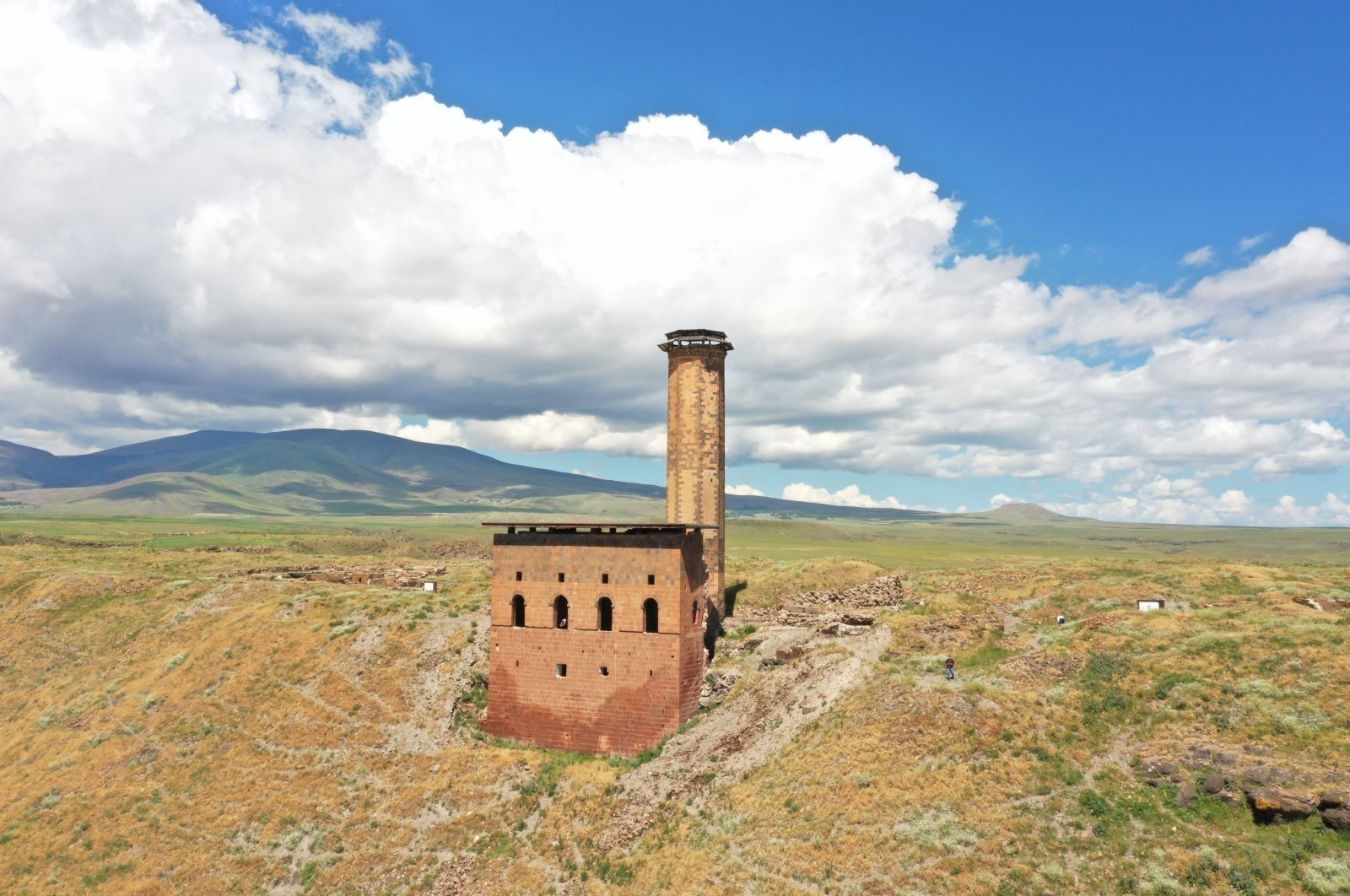 The adhan, the call to prayer for Muslims, carries significant importance in Islam and it is the most distinguishing feature of mosques. The Ebul Manuçehr Mosque, located in the ancient city of Ani in northeastern Turkey's Kars province, had to stand without adhan for 64 years, but now with the historical mosque's restoration planned, the call for prayer has started to echoe from its minaret once again.

Part of the ancient Ani Ruins, a UNESCO World Heritage site near the Arpaçay district of Kars, the 11th-century Ebul Manuçehr Mosque took nearly 15 years to complete, following the order of the Seljuk Empire's sultan Malik-Shah I.

The mosque, which was used as a depot under Russian occupation in the 19th century, is planned to be restored and opened to worship by August under the coordination of the Ministry of Culture and Tourism and several other ministries, agencies and organizations including the Serhat Development Agency (SERKA).

Ibrahim Taşdemir, secretary general of SERKA, said that work on the mosque is already underway. "Allah willing, we will have the opening for worship at this mosque, the first mosque constructed by Turks in Anatolia, in August, on the 957th anniversary of Ani's conquest," he told Anadolu Agency (AA).

Taşdemir said that in the first stage, the mosque will open for worship after its 64-year hiatus. Installations include doors and windows, a minbar, a pulpit where the imam stands to deliver sermons and a mihrab, a semicircular niche in the wall that indicates the direction that Muslims should face when praying.

A comprehensive restoration of the mosque will then be carried out with support from 26 development agencies. The non-original walls built during the Russian occupation will be removed as part of the restoration.

"Just as it was the first mosque of Anatolia, labor from every inch of Anatolia will be here," Taşdemir said when he noted how many agencies from different corners of Turkey would be supporting the project.

Taşdemir also emphasized that archaeological excavations at the Ani Ruins, which they also support, are ongoing.

He noted that the Ani Ruins carry significant importance in world history with the region hosting 23 civilizations throughout its 5,000-year lifespan.

The ruins, located on the Turkey-Armenia border, flourished in the 10th and 11th centuries when it was the capital of the medieval Armenian kingdom of the Bagratides.

The ancient city also contains Islamic architecture from the 11th and 12th centuries and it was added to UNESCO's World Heritage List on July 15, 2016.

In the 85-hectare area of ​​the Ani Ruins, there are many important architectural works such as the Amenaprgic and Abugamir Pahlavuni churches, as well as the Ebul Manuçehr Mosque.