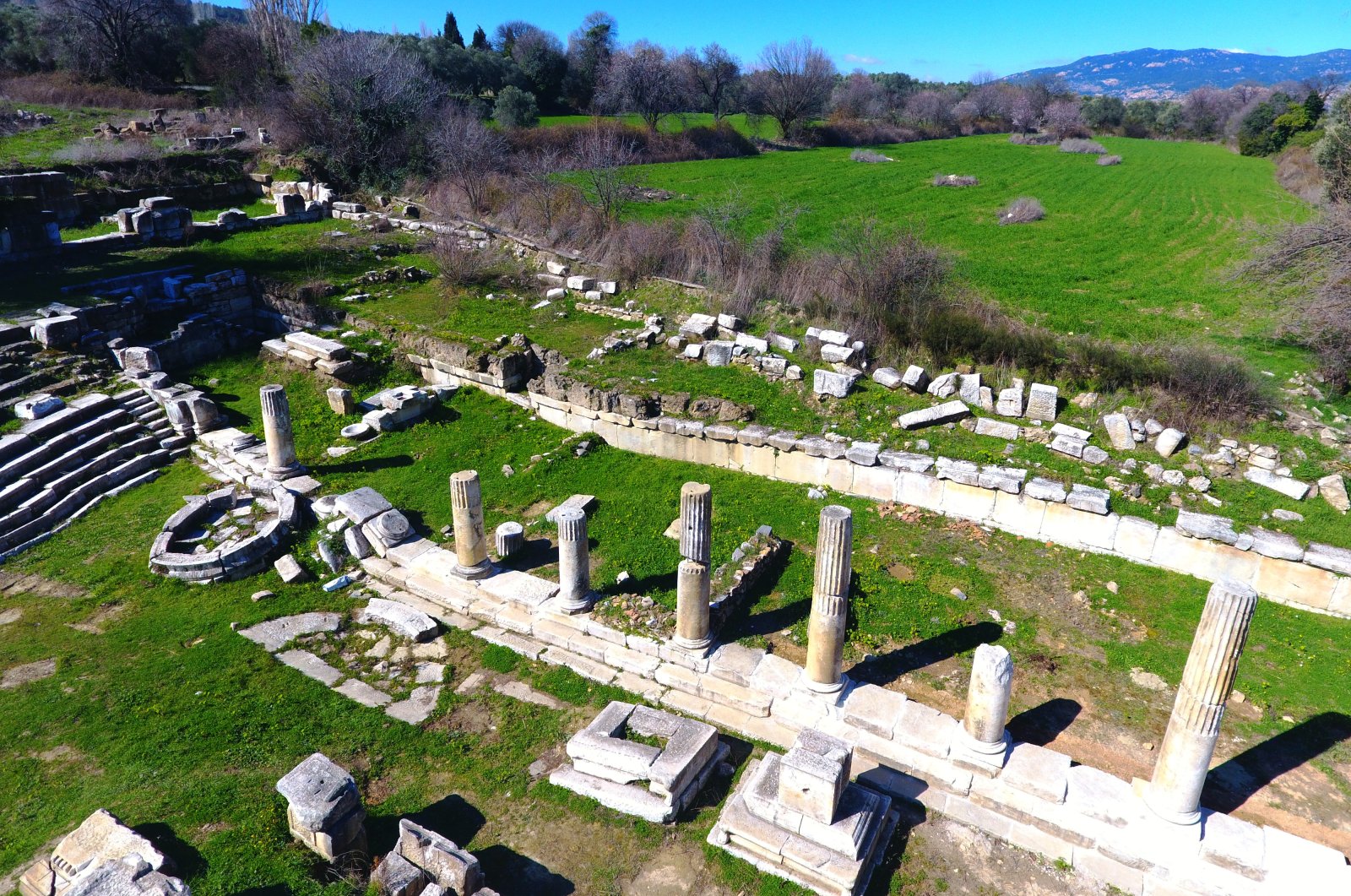 The 2,050-year-old columns in Lagina Hecate Sanctuary, located in the Yatağan district of the southwestern Muğla province, have risen again following comprehensive restoration.

Professor Bilal Söğüt, the head of the excavation teams at the sanctuary and in the ancient city of Stratonikeia, said that they are grateful for the opportunity to repair the columns and put them back where they once sat 2,050 years ago.

Noting that the sanctuary was a religious center of the ancient city of Stratonikeia, Söğüt pointed out that it was built in the name of Hecate, an important goddess of the period.

He said the excavation has spanned 12 months in the sanctuary and all architectural blocks have now been placed where they were originally built. "Visitors will now be able to see these columns as they were 2,050 years ago. The columns are now standing in the sanctuary where ceremonies were held in the name of the goddess Hecate in ancient times," he said.

After explaining that the biggest temple that was built in the name of Hecate is also here, Söğüt added that they unearthed the fourth gate in the sanctuary during their excavations.

The professor stated that their aim is to show the artifacts unearthed in the sanctuary to visitors and to explain that the sanctuary was an important religious center.

The first excavations were carried out in Lagina by Osman Hamdi Bey, who is one of the first Turkish museologists and a pioneering painter known for his “Kamplumbağa Terbiyecisi” (“The Tortoise Trainer”), in 1891-92. Artifacts unearthed in the excavations that have been continuing since then are exhibited in the Istanbul Archeology Museum and Muğla Museum.