Ancient hygiene tools of gladiators on display in Izmir 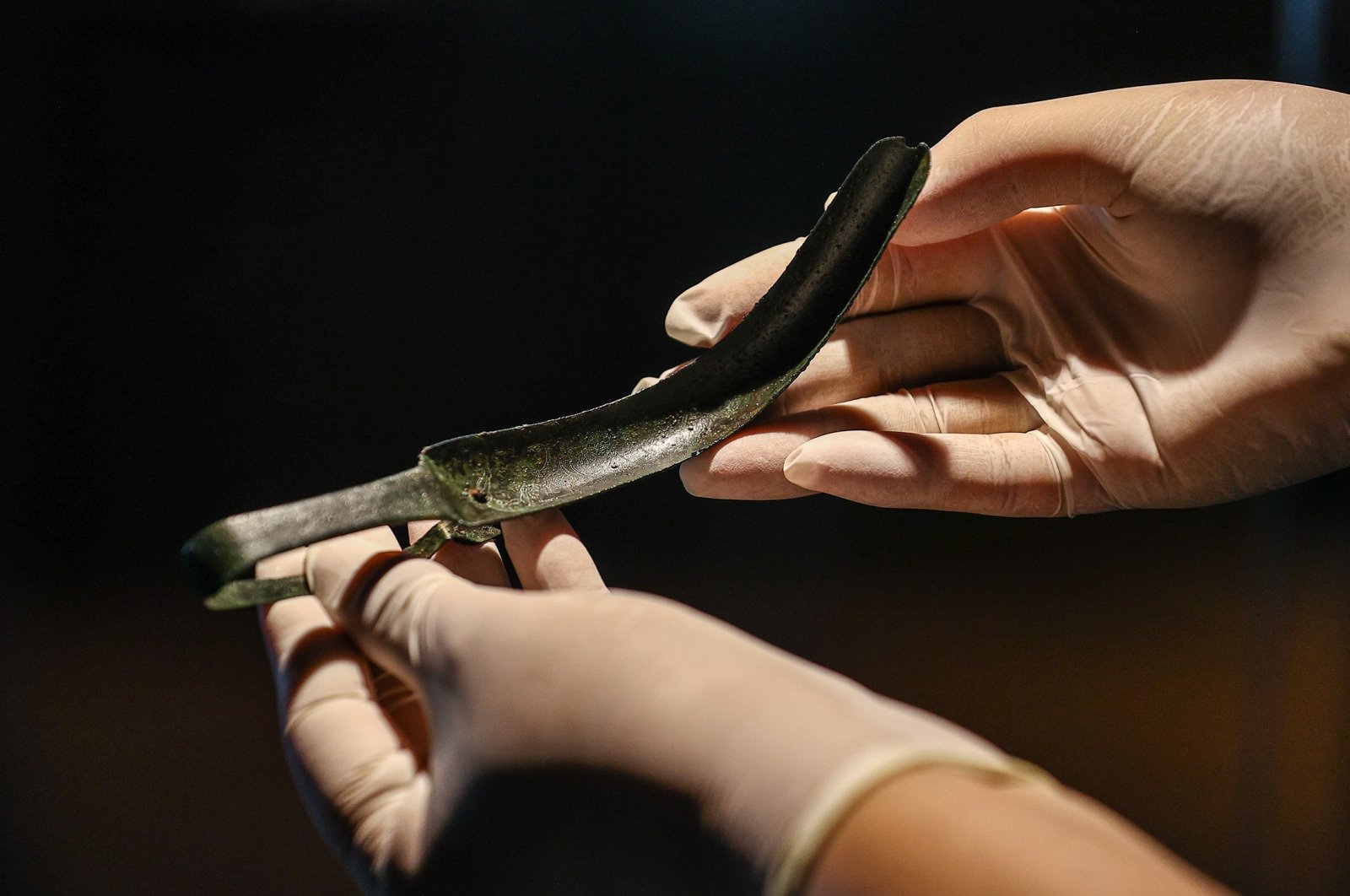 Turkey's Izmir Archaeology Museum recently launched a new, unique exhibition centered around the historical artifact known as a "strigil," which 2,300 years ago was a tool used for cleansing the body by scraping off dirt, perspiration and oil.

A bronze strigil is this month's guest of the museum as part of its "You Will See What You Can't See" project where a new, special artifact is introduced to visitors every month.

The strigil in question was discovered during archaeological excavations in the ancient Greek city of Teos, one of the 12 cities that formed the historical Ionian League.

The tool was used in ancient Roman and Greek cultures, and the one on display is believed to have belonged to an athlete or a gladiator.

Hünkar Keser, director of the museum, said that the word "strigil" could be translated as "cleaning spoon," as he explained the historical use of the artifact.

"We know that athletes covered their bodies with olive oil before they practiced sports. After completing their workouts in sandy areas, they had to clean their bodies," Keser told Anadolu Agency (AA). "They used to scrape their bodies with this spoon-like strigil, and thus (remove) the coarse dirt."

At approximately 16 centimeters (nearly 6.3 inches) long, and shaped in a form that evokes the image of a crescent moon, the strigil has unique engravings on its surface that depict scenes from a cockfight.

"We know that it is a custom made spoon. The cockfighting figure on it is also an interesting detail. In those times, fighting is a form of entertainment used to attract people's attention. The use of the strigil is also specific to that period."

Keser noted that the strigil was unique, just like the other ancient artifacts of the museum. He added that the rare and special strigil had attracted a lot of attention from visitors.

Keser said that some visitors would examine the artifacts that were exhibited as part of the "You Will See What You Can't See" project for hours.

The previous item to be exhibited as part of the Izmir Archaeology Museum's project were awe-inspiring marble statuettes carved by Stone Age sculptors in Anatolia 7,000 years ago, called the “Stargazers.”