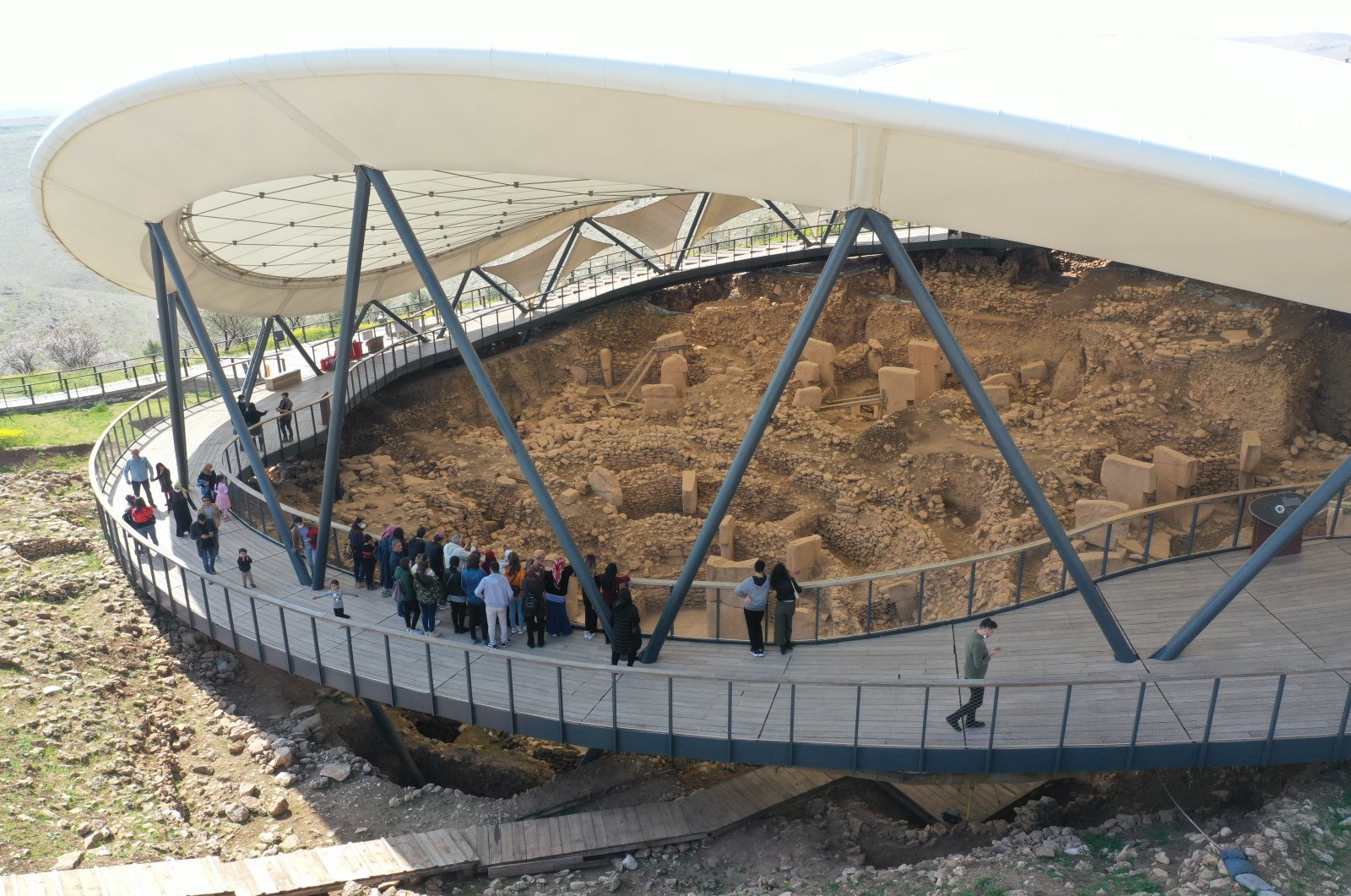 Following a challenging pandemic year, the ancient site of Göbeklitepe in Turkey’s southeastern Şanlıurfa province, dubbed as the "zero point of history," expects to welcome a million visitors in 2021.

Göbeklitepe, known as the world's oldest temple, has been on UNESCO's World Heritage Tentative List since 2011. It was discovered in 1963 when researchers from the universities of Istanbul and Chicago were working at the site.

Noting that last year passed with tight measures aimed to fight the coronavirus pandemic, Celal Uludağ, director of the Şanlıurfa Museum and head of excavation at the Göbeklitepe site, told Anadolu Agency (AA) that they expect "a big increase" in the number of visitors in 2021.

"Following the vaccinations in our country, a large visitor density is expected in May and June. Hopefully, after this pandemic is over, our target is to host at least 1 million visitors. Surely, these numbers will continue to increase afterwards," he said.

He underlined that in 2019, Göbeklitepe hosted around half a million visitors – both domestic and foreign, adding that the high volume of tourists coming to visit the site continued until the beginning of 2020.

After President Recep Tayyip Erdoğan declared 2019 the "Year of Göbeklitepe," the number of visitors to the site increased significantly.

Uludagğ went on to say that the number of visitors dropped last year due to the closure of the archaeological site and the curfew restrictions taken as part of measures against COVID-19. However, he said, despite this situation, 250,000 people visited Göbeklitepe in 2020.

He emphasized that visits to the site during the year have been arranged by taking the necessary precautions, noting that due to the open-air structure of the area, visitors were able to visit the site without forming crowds.

Uludağ also said that this year's excavations at the archaeological site will be mainly focused on restoration and conservation work to eliminate the negative effects on the site that may arise from adverse weather conditions.

The German Archaeological Institute and Şanlıurfa Museum have done joint work at the site since 1995 and have found T-shaped obelisks from the Neolithic era measuring 3-6 meters (10-20 feet) high and weighing 40-60 tons.

During the excavations, 12,000-year-old diverse artifacts like human statues with a height of 65 centimeters (26 inches) were also discovered.