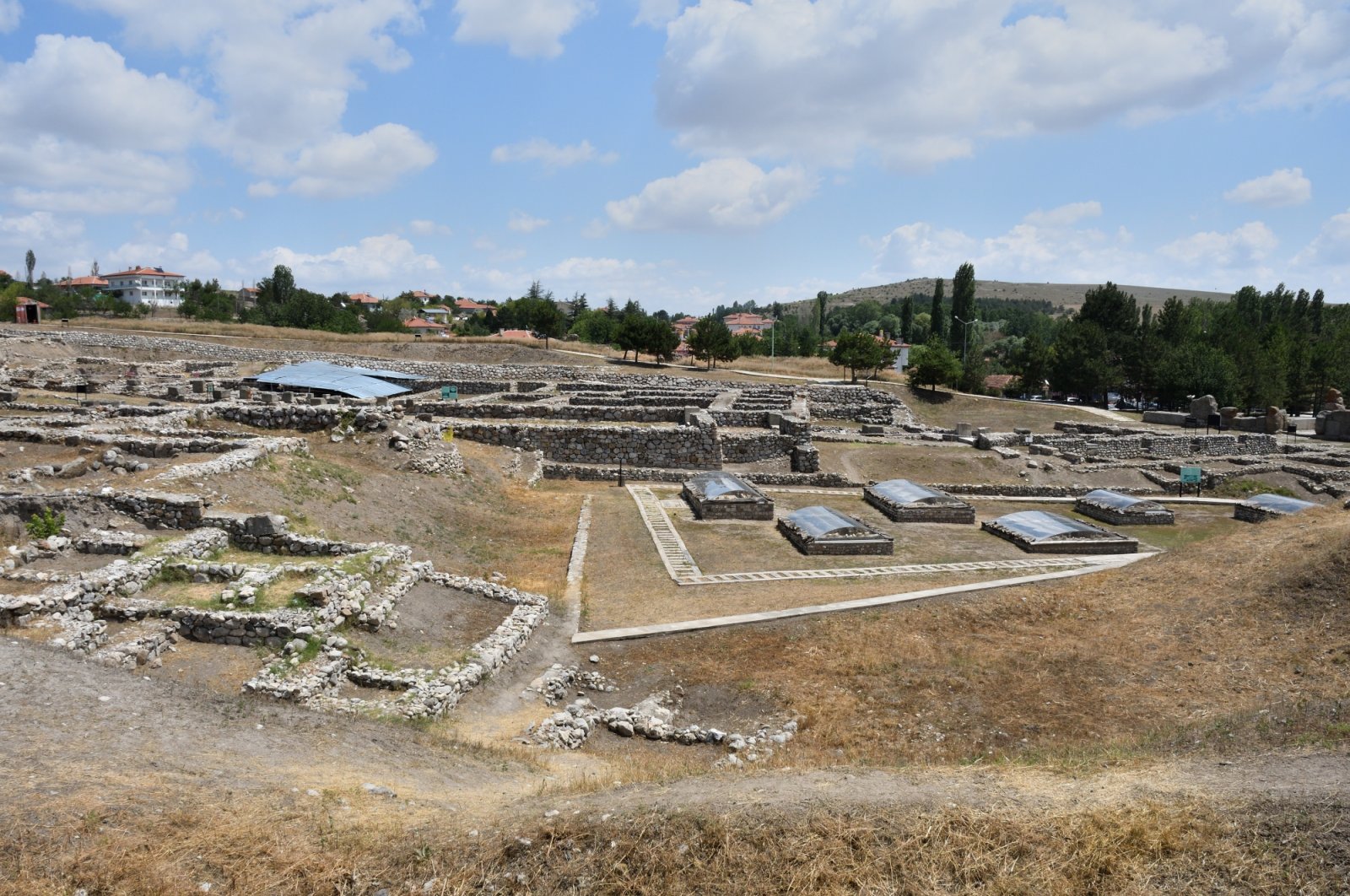 A new season of archaeological digs are being launched in Alacahöyük, the first national excavation site in Anatolia. The only hindrance? Weeds!

The 2021 excavations at the Alacahöyük archeological site in the central Anatolian province of Çorum, where the first archaeological excavations of the Republic of Turkey were carried out, will be launched after weeds have been cleared from the area.

Regarded as Turkey's first national excavation site, Alacahöyük is an archeological site that is home to Neolithic and Hittite settlements, where the earliest examples of copper and stone tools can be found. It also contains royal tombs dating to the third century B.C., with precious artifacts including jewelry, weapons, metal vessels and more.

Alacahöyük was the cultural and artistic center of the Hittites and the first administrative-military center in Anatolia. Excavations in the site were started in 1935, with Turkey’s founder and President Mustafa Kemal Atatürk's instruction and monetary contribution. The excavations, in which local and foreign researchers from different disciplines worked, revealed important traces of the Hittite civilization as well as ancient Anatolian cultural history.

The excavations determined the separation of 15 settlements in four different cultural layers in the area. While the first layer features items belonging to the Hellenistic, Roman, Byzantine, Seljuk-Ottoman and Phrygian periods, the second layer reveals Hittite culture. The third layer contributed greatly to our understanding of the indigenous Hattians, and the fourth layer shows the Late Chalcolithic Age, that is, the first civilization established on the mainland.

Previous archaeological excavations were suspended due to the death of the head of excavations, professor Aykut Çınaroğlu. When the works were resumed in 2020, professor Tayfun Yıldırım of the department of Protohistory and Pre-Asian Archeology at Ankara University, became the new head of the excavation.

Archaeologists have been sustaining the works with the support of the Ministry of Culture and Tourism, Turkish Historical Society and Ankara University.

Speaking to Anadolu Agency (AA), Yıldırım said that the archaeological excavation season in Alacahöyük started on July 3. However, his team could not launch their works initially as weeds needed to be cleared from the area first.

Weed control is carried out in all archaeological sites in Anatolia before the archaeological excavations begin, Yıldırım said. "We have to fight against weeds every year because this is an open area. When we first came here last year, we saw that the entire mound was heavily covered with weeds. We started to work on cleaning them in line with a program suggested by agricultural engineers. Then, there were some places that needed to be repaired and arranged due to natural conditions, and there were ruins that were destroyed by the effect of nature. We restored these places as well in accordance with the original versions."

Explaining that they will start excavation, geophysics studies and restoration after the site is cleared of weeds, Yıldırım continued: "Archaeological sites need regular maintenance every year. Archaeologists, in particular, have to show and inform visitors about the architectural remains they unearth and restore in accordance with their original form. However, the winter conditions are heavy sometimes. Due to the harsh conditions, there may be some deterioration in the mounds and architectural remains in open areas. On the other hand, although there are many warnings and information boards, some visitors step on the architectural remains and want to take photos, which causes the foundation stones or walls to be damaged. However, our biggest problem in Alacahöyük is weed control. We struggle to remove the grass, especially on the most important route of the mound. This takes a lot of time for the excavation team and has a financial cost. But you have to do this for visitors.”

Pointing out that Alacahöyük is one of the touristic areas that attract the highest number of visitors in the Central Black Sea region, Yıldırım emphasized that tourists can visit the site while archaeological excavations are being carried out. Yıldırım added that they are continuing their projects to offer a higher quality visual archeological park to people who want to go on a historical journey.