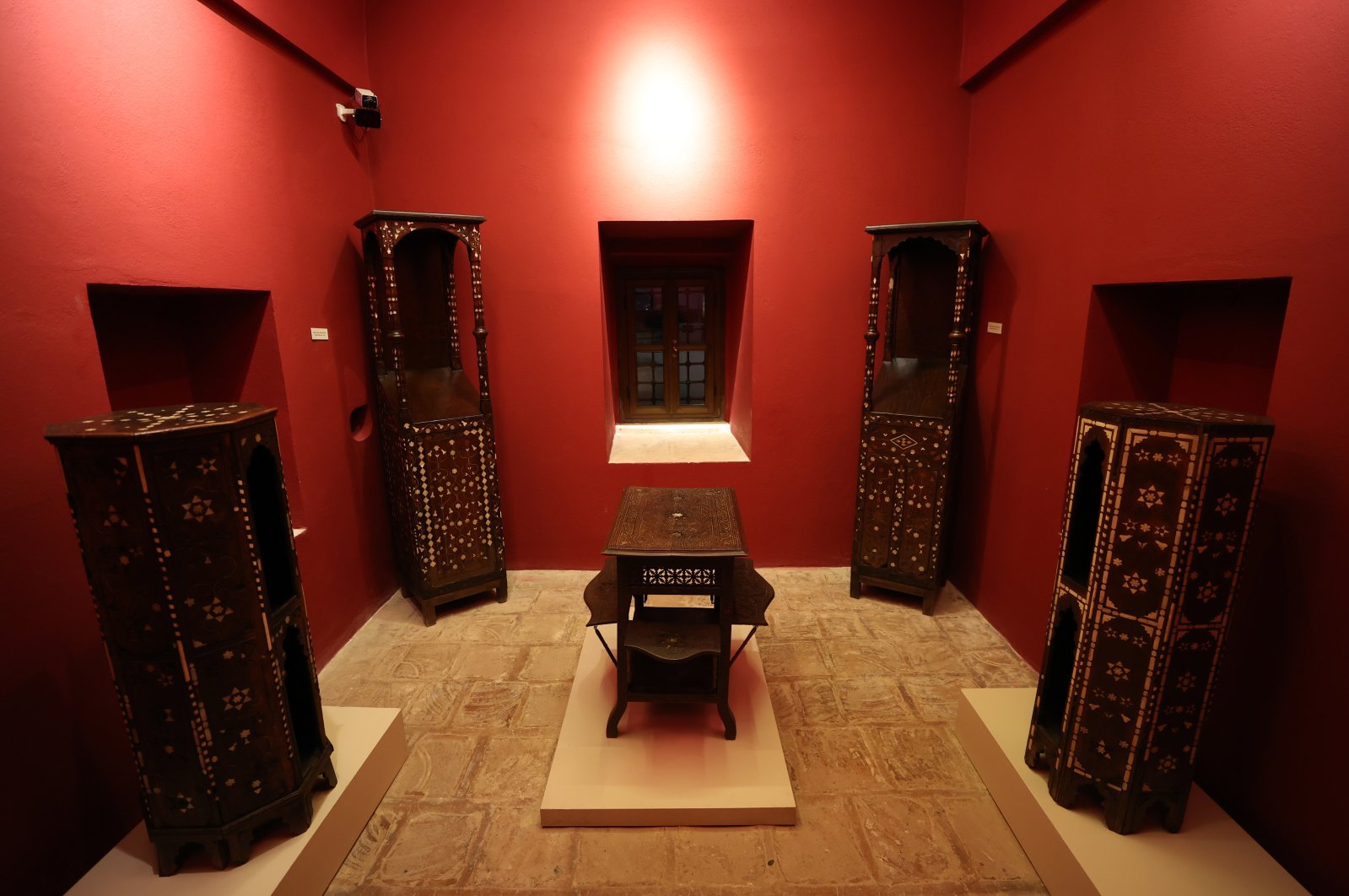 The Museum of Turkish Islamic Arts, which was opened last December in Yeşil Medrese – also known as Green Madrassa – in the northwestern province of Bursa takes its visitors on a historical journey with its unique artifacts. Opened in one of the first Ottoman madrassas in Bursa after three years of restoration, the museum features around 1,200 pieces from the 13th century to the 20th century.

The museum, located in the historical building in Bursa’s Yıldırım district, was reopened to visitors at a ceremony attended by President Recep Tayyip Erdoğan via videoconference two months ago. The visitors have been welcomed in line with coronavirus measures from 10 a.m. to 4 p.m. during weekdays at the museum.

Built by Ottoman Sultan Mehmed I, also known as Mehmed Çelebi, between 1414 and 1424 as part of the Yeşil Camii (Green Mosque) Complex, the madrassa consists of 13 rooms, three iwans and classrooms.

When the first museum in Bursa was opened in 1902 at Bursa Boys' Highschool, Islamic and Ottoman relics and archeological findings unearthed within the city's administrative boundaries were exhibited there. The museum, which developed and was enriched quickly, was officially put into service in September 1904 as a branch of the Museum-i Hümâyun (Imperial Museum) by Osman Hamdi Bey, the then-general director of museums. In 1929, it gained the status of directorship under the name Bursa Museum.

The following year, considering its development, the Bursa Museum was moved to the Green Madrassa and opened for visitors on April 8, 1930. The archaeological artifacts of the Bursa Museum, which operated as a mixed museum for many years in the madrassa, were then moved to the modern building built in the Kültürpark quarter. Therefore, the Green Madrassa was put into service as Bursa Turkish and Islamic Works Museum on Nov. 22, 1975.

The museum hosts an impressive display of figures of the Turkish shadow play "Karagöz and Hacivat"; rare ceramic, metal and glass artifacts; a dragon-handled mug dating back to the Timurid Empire (1370-1507); Seljuk and Mamluk candlesticks decorated with human and animal figures; the door and mihrab (or a niche in the wall pointing to the direction of Mecca) curtains of Yeşil Türbe (the Green Tomb) and a sultan order with the signature of Sultan Abdülhamid II.

It also features spellbinding examples of the arts of calligraphy, wood-carving and inlaid mother-of-pearl along with silver, brass, porcelain and wooden materials related to the coffee culture; artifacts related to the bath culture; a collection of weapons and dervish lodge and sect objects as well as Turkish handicrafts, jewelry and clothes.

Kamil Özer, the provincial culture and tourism director, told Anadolu Agency (AA) that the items that were previously exhibited in the Bursa Museum were brought to the Green Madrassa in 1930. Özer expressed that the Green Madrassa has been serving as a museum of Turkish Islamic artifacts since 1975.

Pointing out that the architect of the Green Madrassa was Hacı Ivaz Pasha, Özer said that all artifacts in the museum have been rearranged. According to Özer, as a result of the restoration of the madrassa building and artifacts on display, and the restoration of tombstones and inscriptions in its garden over three years, the museum has a whole new look. Indicating that Hacivat-Karagöz is one of the most important works of the intangible cultural heritage in Bursa, Özer noted that depictions of Hacivat-Karagöz are on display in one of the rooms of the museum. Besides, one room features artifacts made of Iznik tile, which is one of the most important and unique cultural artifacts of Bursa, as well as glass and ceramic artifacts.

“Visitors can see ethnographic and very valuable works on a historical journey from the 13th to the 20th centuries in the restored museum,” Özer said. Özer added that there are 665 coins and 475 ethnographic artifacts in the museum, and 70 tombstones and inscriptions belonging to Islamic periods in its garden.