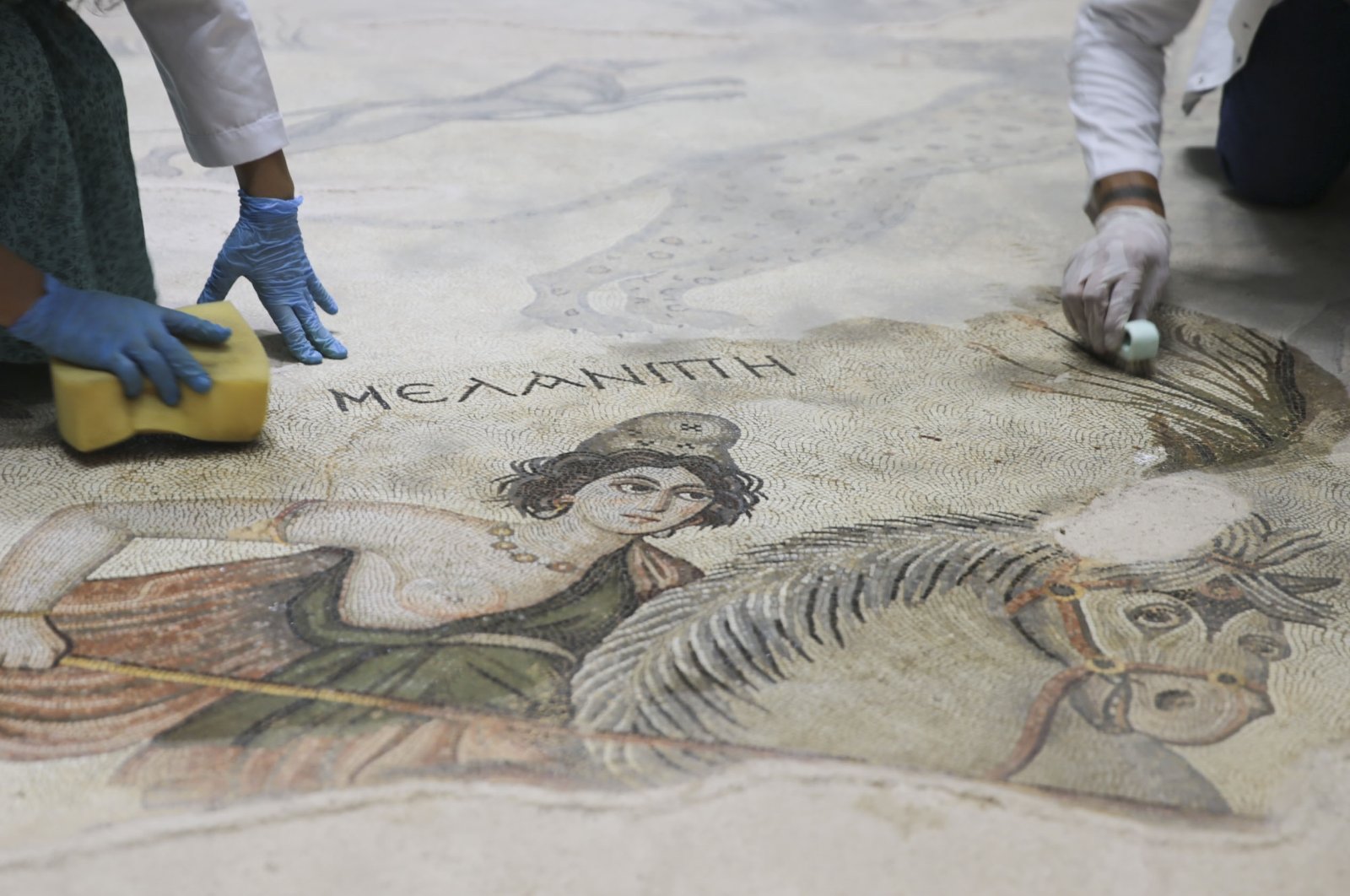 Experts are meticulously cleaning and preserving historical artifacts and mosaics unearthed in southeastern Şanlıurfa province, including those unveiled from the prehistoric site of Göbeklitepe – crowned as the world's first temple – at the city’s archaeology museum.

The museum, which was opened to visitors in 2015 by President Recep Tayyip Erdoğan, offers visitors the opportunity to view the adventure of humanity from its early ages to the present day with exhibited historical artifacts, animations and replicas.

The museum restoration experts are carefully examining the unique mosaics depicting Amazon women and other artifacts that were unearthed in ongoing excavations at the Göbeklitepe site as well as in many parts of Şanlırfa. After their examination, the works are sensitively processed in the laboratories within the museum. The experts started the preservation works in order to ensure that the artifacts could be passed on to future generations.

Celal Uludağ, director of the Şanlıurfa Museum and head of excavation at the Göbeklitepe site, told Anadolu Agency (AA) that the artifacts are being periodically checked and sensitively processed in laboratories within the museum by experts in the field.

He said there are three laboratories within the museum, and the artifacts obtained during the excavations are being photographed and documented in these special spaces.

"Şanlıurfa Archaeology Museum's laboratories are adequately equipped both in terms of equipment and personnel. The incoming works are subjected to restoration in these laboratories according to their type and characteristics," he said.

Uludağ underlined that there are also "on-site interventions" outside the laboratories. "Particularly, interventions at archaeological excavation sites are very important. Mosaics, which are immovable cultural assets, are subject to restoration, conservation and cleaning, especially in the field," he said.

He emphasized that the expert team carries out the restoration-conservation process within the laboratory for all kinds of materials such as stone, terracotta, bronze, iron, silver, gold, bone and glass.

Uludağ stressed that the first mosaic sample of the warrior Amazon women in the world is located in the Haleplibahçe Mosaic Museum, which consists of an area of ​​5,000 square meters (53,820 square feet) within the Şanlıurfa museum complex.

"Our mosaic museum is constantly checked by our restorer friends, and any deterioration, contamination or dusting is cleaned with sponges and soft brushes," he added.

Ayşenur Çömlekçi, a restorer at the museum, said they use materials and tools according to the required kind of intervention based on the type and characteristics of the work they carry out.

"We need to be very patient in this work because we may encounter something that is difficult to reverse due to an intervention we have made. So we act very slowly and sensitively," she said.

"There may be irreversible errors in the smallest detail that may be overlooked. For this reason, we approach the work with the same sensitivity as a mother approaches her baby," he said.