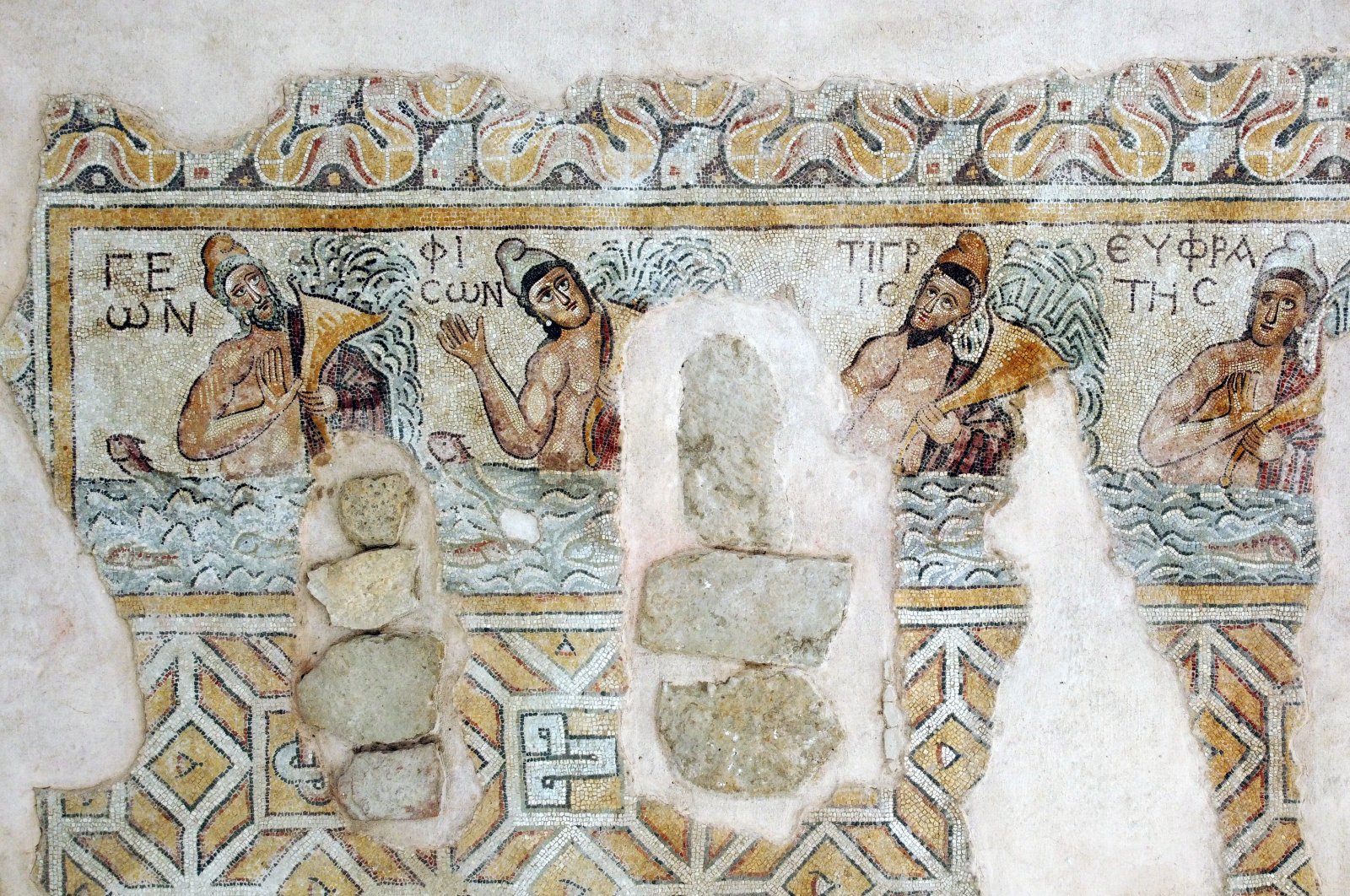 The spellbinding tesserae on the floor of Church B in the ancient city of Hadrianopolis, located in the Eskipazar district of Turkey's northern Karabük province, will be restored and repaired with the latest work by an expert team under the coordination of associate professor Ersin Çelikbaş, an academic at the archaeology department at Karabük University.

The excavation work, which was started in 2003 in 14 distributed structures found in the ancient city of Hadrianopolis is still underway. The structures unearthed as part of these excavations are being restored with meticulous work by the expert team. Among these structures are two baths, two churches, a defensive structure, a rock grave, a theater, arched and domed buildings, a monumental cultic niche and some cultic areas.

The latest restoration work has been launched on the mosaics of Church B in the ancient city. Thousands of tesserae used in these mosaics will be repaired in line with their original forms.

In an interview with Anadolu Agency (AA), Çelikbaş stated that the work that was previously carried out in Hadrianopolis at intervals has been brought on a permanent basis. Pointing out that they are currently concentrating on restoration in the ancient city, Çelikbaş said: “We have concentrated restoration work on the structure that we call Church B, which has a conservation roof.” He added that they are currently renewing the grouting of the mosaics and repairing the collapsing parts.

Çelikbaş stated that three archaeologists and three restorers are working at the church every day, noting: “From now on, work will continue in Hadrianopolis in both the summer and winter seasons.”

The ancient city of Hadrianopolis is called “Zeugma of the Black Sea” because of its mosaics depicting many animals such as horses, elephants, panthers, deer and griffons. Zeugma is a mosaic museum in the southeastern province of Gaziantep.