Berlinale to hold outdoor edition in June after virtual fest 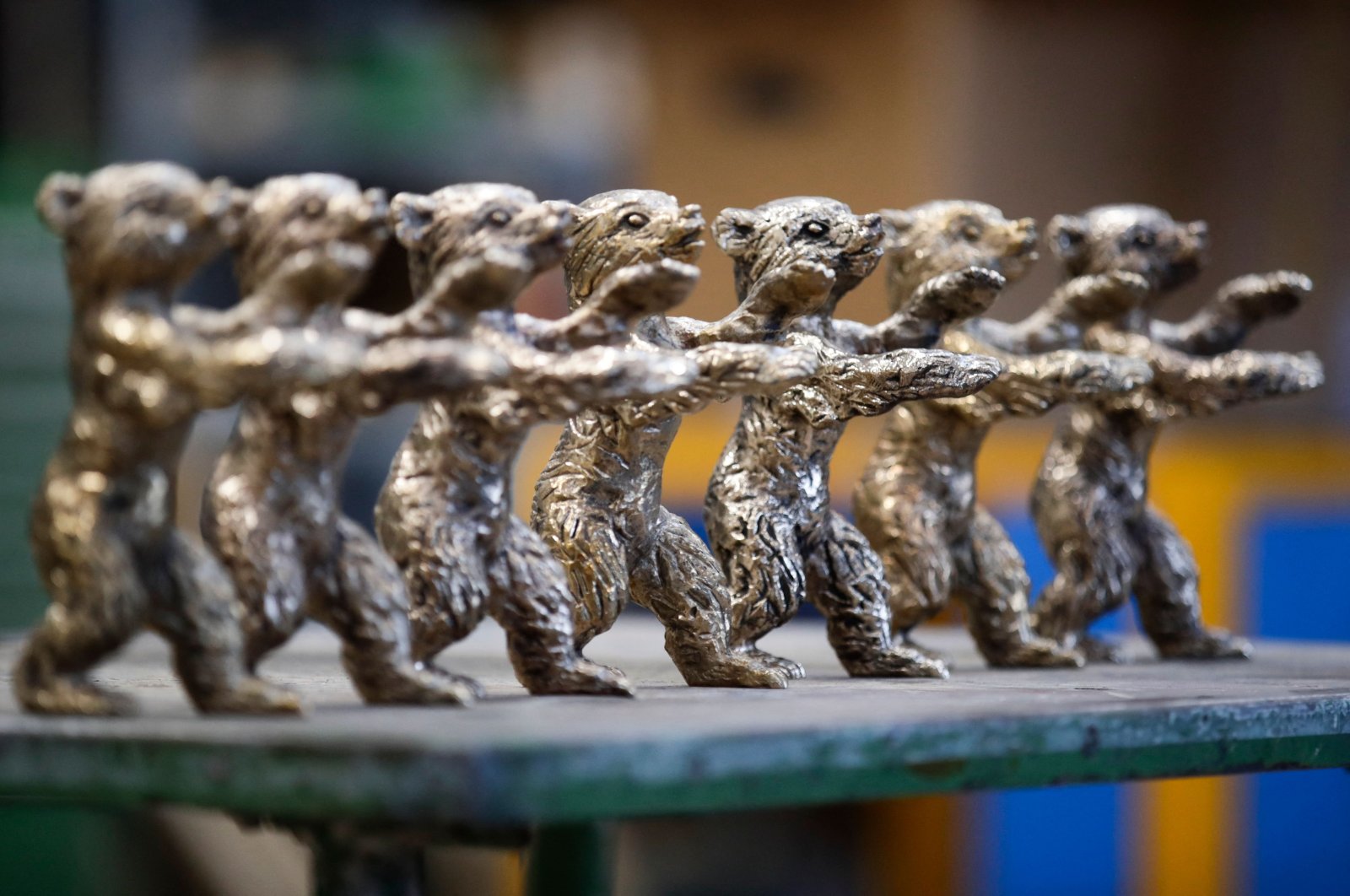 Bear trophies for the upcoming 71st Berlinale film festival are displayed during a media tour at the Noack foundry in Berlin, Germany, Feb. 17, 2021. (AFP Photo)
by French Press Agency - AFP May 11, 2021 12:04 pm
RECOMMENDED

Taking advantage of falling COVID-19 infection numbers, organizers of the Berlin film festival announced Monday that most of the movies that were part of the competition, which took place online earlier in the year, would be shown at an outdoor edition of the festival in June in the German capital.

The coronavirus outbreak forced the Berlinale, one of Europe's top cinema showcases, to push back its usual February event and split it into two parts.

It held an all-online edition for critics and industry buyers in March and will now press on with an exclusively outdoor festival for the general public June 9-20.

"The Berlinale is pleased to be able to give audiences the enjoyment of an open-air cinema experience at 16 venues in total at the Summer Special," it said in a statement.

It said Berlin's falling infection rate "as well as positive signals by government offices" had led to the decision.

"Audiences will be getting a very special, collective festival experience, something we've all been missing for such a long time," organizers said.

The June edition "is geared towards reigniting the desire to go to the cinema and to contributing to the revival of cultural activities with an audience."

The program will be made up primarily of the movies shown online at the March edition, including the winners of its Golden and Silver Bear prizes, which will be awarded at a gala ceremony on June 13.

Existing open-air cinemas throughout the city, as well as a specially created site on Berlin's historic Museum Island, will serve as venues and comply with pandemic hygiene rules.

Ticket sales will begin on May 27.

The global coronavirus outbreak dealt a blow to the cinema industry and has created major complications for film distribution and production for over a year.

Cannes, the world's top film festival, usually held in May, has been postponed to July 6-17 this year due to the pandemic and was canceled outright last year.

The city of Berlin on Monday reported a seven-day coronavirus incidence of just over the 100-mark, meaning cinemas, restaurants and other facilities remain closed.

However, officials are hopeful that an accelerating vaccination campaign and tightened lockdown measures will bring infections down soon, allowing for at least a partial reopening.