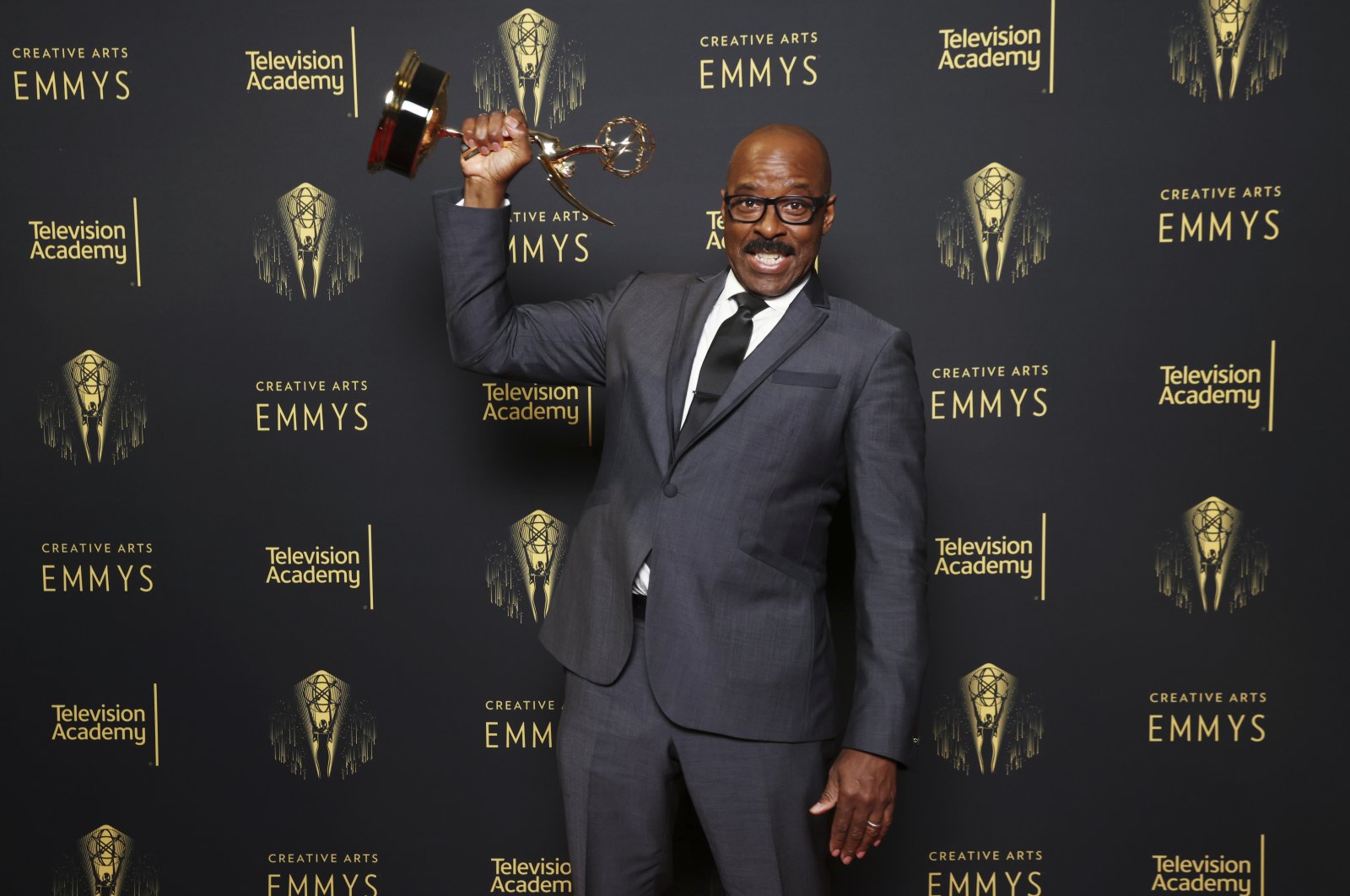 Courtney B. Vance, winner of the Emmy for outstanding guest actor in a drama series for the "Whitey's on the Moon" episode of "Lovecraft Country," poses for a portrait during the third ceremony of the Television Academy's 2021 Creative Arts Emmy Awards at the L.A. LIVE Event Deck on Sunday, Sept. 12, 2021, in Los Angeles. (AP Photo)
by ASSOCIATED PRESS Sep 13, 2021 11:19 am
RECOMMENDED

Honoring outstanding artistic and technical achievement along with guest performances and exceptional works in various categories from animation to documentary, the Creative Arts Emmys was held on Sunday. The guest actor Emmys went to Claire Foy, Courtney B. Vance, Maya Rudolph and Dave Chappelle during the ceremony.

On the drama series side, Foy was honored for “The Crown" and her reprisal of Queen Elizabeth II, the role that won her a lead actress Emmy in 2018. Vance won for his role in “Lovecraft Country," which was canceled after one season.

Rudolph and Chappelle won comedy series guest acting trophies as hosts of “Saturday Night Live.” For Rudolph, it was a repeat of her victory in the category last year, also for “SNL.”

In the short-form comedy or drama series, the winners were J.B. Smoove for “Mapleworth Murders” and Keke Palmer for “Keke Palmer's Turnt Up with the Taylors.”

All the awards, except for that earned by Foy, went to black actors. While that appeared to signal a trend toward diversity for this year's Emmys, the guest actor awards have proved more inclusive than the top acting honors in recent years.

The creative arts awards were presented in non-televised weekend ceremonies that will be part of a special set for Saturday on FXX. The awards are precursors to the main Emmys ceremony airing Sunday, Sept. 19, on CBS, with Cedric the Entertainer as host.

Emmanuel Acho, executive producer of “Uncomfortable Conversations with a Black Man,” which won for short form nonfiction or reality series, wore a suit that bore that names of black Americans killed at the hands of police.

“The Queen's Gambit,” a coming-of-age tale set in the world of championship chess, emerged with a leading nine creative arts awards, including for best casting, cinematography and music composition for a limited or anthology series.

“The Mandalorian,” a live action series set in the “Star Wars” universe, was in second place (tied with “Saturday Night Live”) with seven awards. It's vying for best drama series honors next weekend, while “The Queen's Gambit” is a best limited series contender.

Streaming services dominated the awards tallies so far, with Netflix on top with 34 honors, followed by Disney+ with 13 and HBO Max combined with cable channel HBO at 10.